The victim had gone outside for a moment when family members heard gunshots, San Diego police said

A man was gunned down in front of a home in Paradise Hills Friday night, police confirmed.

Just after 10:30 p.m., the San Diego Police Department received calls of a shooting on the 2400 block of Calle Gaviota, near Cumberland Street. When officers arrived, they found a man on the street suffering from a gunshot wound to his upper body.

The man was taken to a local hospital where he died a short time later, police said.

According to investigators, the victim had gone outside to smoke and, shortly after that, his family members reported hearing gunshots. When family members ran outside, they discovered their loved one down on the ground. 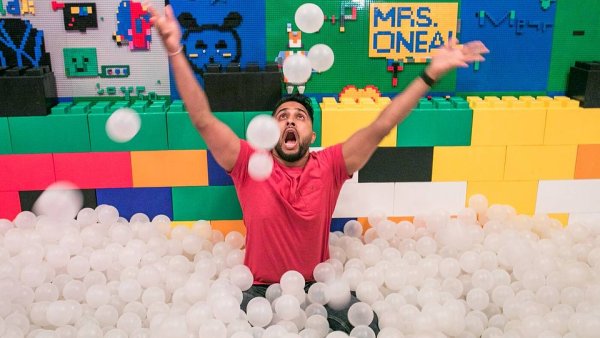 A witness told police a man wearing dark-colored clothing was seen running away from the neighborhood just after the gunfire rang out.

The victim’s family spoke with NBC 7 Saturday and identified the man as is Dustin Bridwell, 38.

His father-in-law, Fred Genhart, described the moments when he heard the gunfire coming from outside the family’s home.

"I was in the room right next to it, thinking it was fireworks," Genhart told NBC 7. "And then when I went outside and saw him on the ground, I grabbed his hand and was talking to him but he wasn’t responding."

Genhart described his son-in-law as a family man. He said the family was understandably distraught.

"We’ll hang in there. We’ll get by, we’ll get past this, but right now we’re grieving," he added.

The investigation is ongoing and anyone with information can reach out to the SDPD’s Homicide Unit at (619) 531-2293. The victim’s name has not yet been released by police.

This is the second deadly shooting in Paradise Hills in one week. On June 29, Tyshawn Powell, 20, was shot and killed in a driveway on Childs Avenue. Two teenagers were later arrested on suspicion of killing Powell.