Zachary Karas had faced up to 10 years in prison

Zachary Alexander Karas was found guilty in May of possession of an unregistered destructive device following a two-day jury trial in San Diego federal court.

Prosecutors told the court that Karas had two glass bottles containing gasoline and wicks while at the protest, which began May 30 and carried over into the morning of May 31.

Jury selection has begun for the trial of a man accused of having Molotov cocktails at the La Mesa riot? NBC 7’s Nicole Gomez has details for you.

On Friday, Karas was sentenced to 33 months in federal prison, to be followed by three years of supervised release. According to the U.S. Attorney's Office, he had faced up to 10 years' imprisonment.

According to a prosecutor's trial brief, officers spotted Karas and his girlfriend sitting on the pavement at the corner of Allison Avenue and Spring Street around 2 a.m. on May 31.

Karas was arrested for not leaving the area after dispersal orders were given by law enforcement, following the declaration of an unlawful assembly, according to the filing, which said Karas initially left the protest in the afternoon but returned around 1 a.m. as he "said he was angry and wanted to destroy something but claimed he did not plan to injure any people." 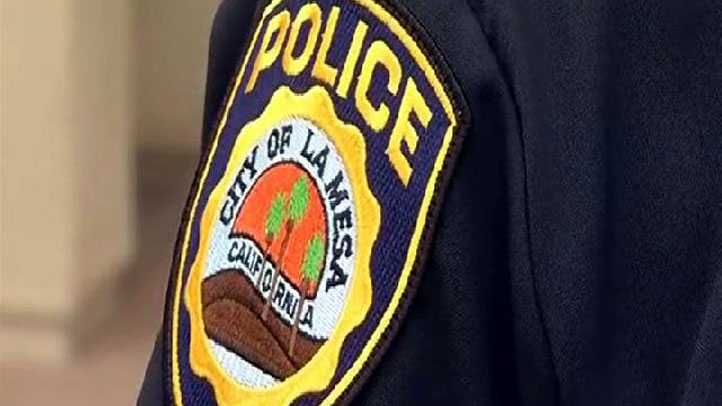 In an interview with law enforcement, "Karas indicated that he had made the Molotov cocktails and brought them to the area of the police station because he intended to set fires," prosecutors wrote. "Karas claimed he eventually changed his mind and was not responsible for any of the fires that were set that night."

“... I heard of the fires. So I came back out with the, yes, intention to start a fire, but I did not have a part in the fire,” Karas said in a video-recorded statement after he was read his Miranda rights, according to prosecutors.

The scars of that night are still visible in parts of the city. NBC 7’s Joe Little spoke with a business owner whose store was vandalized and burglarized who said she never held a grudge and was relieved to hear Tuesday's verdict.

Fires were ignited at the Chase and Union Bank branches and Randall Lamb Associates building near the site of the protest. State prosecutors charged several people with arson and other crimes in connection with those fires, as well as the looting that occurred at businesses near the police station.

“No one should bring a Molotov cocktail to disrupt a protest,” said Acting U.S. Attorney Randy Grossman in May after Karas was found guilty. “This was a serious crime that had potential to cause significant damage.”

In late July, Union Bank officials held a groundbreaking ceremony on the site of the destroyed building. A new Union Bank branch will be constructed at the site where the old one once stood before it was destroyed.

The ravaged Union Bank branch was replaced by a smaller temporary building that served the neighborhood while crews prepped the site for the new building.