A man who fatally stabbed a Camp Pendleton Marine during a 2017 Gaslamp Quarter brawl was sentenced Thursday to 40 years to life in state prison.

Jose Oscar Esqueda, 41, was convicted of first-degree murder for the death of 21-year-old Ryan Harris, who was stabbed in the throat on Dec. 29, 2017. Another Marine, Andrew Haulman, suffered stab wounds to his chest and back during the altercation with Esqueda but survived his injuries.

Deputy District Attorney Christopher Lawson told jurors that Esqueda and co-defendant Jeff Shai Holliday were wandering the Gaslamp around 1 a.m., looking for victims, a pattern he said was exhibited in a pair of hold-ups the men took part in earlier in the year.

The prosecutor said the men cased the downtown area for a potential victim before settling on Christopher De Herrera, who was by himself at the corner of Island and Sixth avenues.

As seen on surveillance footage, Esqueda and De Herrera exchanged words, after which Holliday punched De Herrera in the head from behind. Four of De Herrera's fellow Marines witnessed the altercation and ran over to intervene, leading to the stabbings of Harris and Haulman.

Holliday was convicted of involuntary manslaughter and sentenced earlier this year to 19 years in prison.

At Esqueda's sentencing hearing, Lawson said Harris' time in the Marines was nearly completed and he was seeking a career in law enforcement at the time of his death.

The couple had only been married for a few months when Ryan Harris was killed.

"But because of the defendant's choice on the night of this tragedy to go out and terrorize, to hunt for a victim, for no other reason than to inflict pain and suffering ... because of those actions and those choices, we'll have to wonder what Ryan's life could have been," Lawson said.

Among Harris' loved ones who spoke at the hearing was his grandfather, Larry Holt, who said Harris' bedroom remains at his home "the way it was, waiting for him to come home."

Harris' mother, Kelly Weaver, said "even good memories with Ryan still kill me" and told Esqueda "How dare you take his life. You had no right." 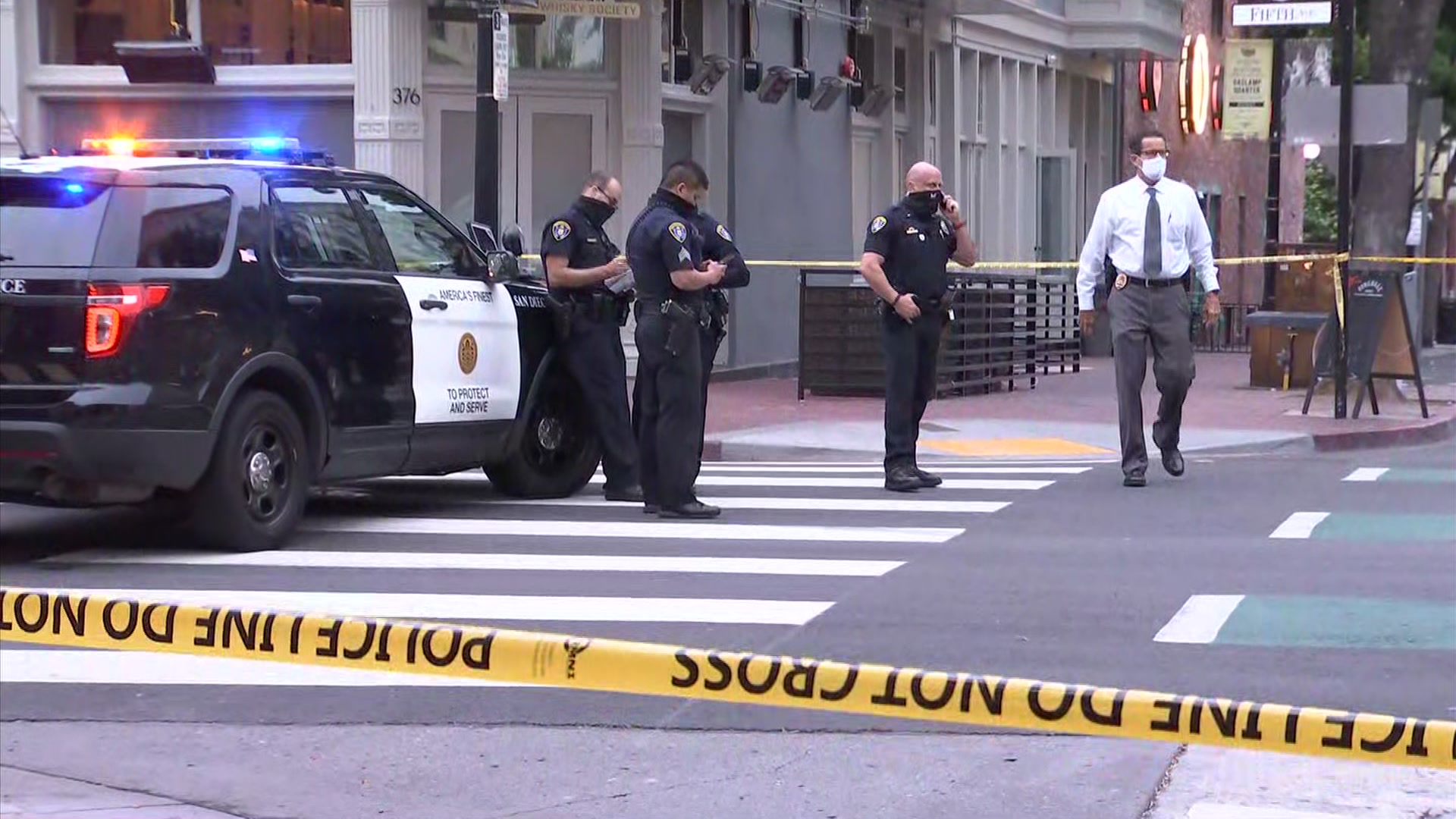 Esqueda addressed the court and the victim's family members, saying "I cannot express any amount of apologies that will take the pain away."

Esqueda said "I may have not been the person I needed to be," but said he would use his prison time to "get myself together and make a few adjustments. Maybe become a citizen that I need to be."

At trial, Esqueda's defense attorney, Zaki Zahawi, said De Herrera asked his client "Where you from?" a common gang challenge that is often taken as a serious threat and typically precedes violence. Once the other Marines joined the fray, Esqueda tried to run, but was grabbed by Haulman, who began throwing punches, leading Esqueda to use the knife to lawfully defend himself, Zahawi said.

But at the sentencing hearing, San Diego Superior Court Judge Jeffrey Fraser rejected the alleged gang-related motivation and said the defendants were "solely responsible" for what happened.

"There was no purpose in the killing. None. Senseless," the judge said.

Fraser told the victim's family that while he could not impose a life without parole sentence on the counts Esqueda was convicted of, he would recommend that Esqueda not receive parole when he is eligible.

Along with the fatal stabbing, the men were convicted of robbery and conspiracy to commit robbery in two separate incidents that occurred in Pacific Beach and Chula Vista earlier that year. The pair were found guilty of stealing a bicycle from a couple in Pacific Beach on April 15 and accosting shoppers on April 29 at the Chula Vista mall.