The man accused of opening fire in the ticket line before an Ice Cube concert at the Del Mar Fairgrounds earlier this month pleaded not guilty from a hospital bed Monday afternoon.

Deputies say Elizarras became upset after he was told tickets to the post-race concert were sold out. They say he then pulled out a silver plated semi-automatic handgun and fired several shots near a crowded area.

Deputy District Attorney Michael Runyon said Elizarras then leveled his weapon and pointed it towards one deputy who returned fire, hitting him in the torso and arm.

"The defendant turned and lowered his right hand and turned and pointed towards the deputy with the firearm," Runyon said.

According to Runyon, deputies tried to Taze Elizarras but it was ineffective.

"The potential for this being worse -- absolutely. With a large group of people there, you have somebody allegedly shooting multiple rounds up into the air and a deputy sheriff recognizing the threat that it posed to the individuals there in that same area, I'm sure many of you have seen various social media videos of certain portions of the incident," Runyon said. "It could have been much worse."

Elizarras pleaded not guilty to assault on a police officer and illegal discharge of a firearm with negligence from a hospital room at Scripps Memorial Hospital.

He faces up to 19 years in prison if convicted on all charges. A preliminary court hearing is scheduled for next month. 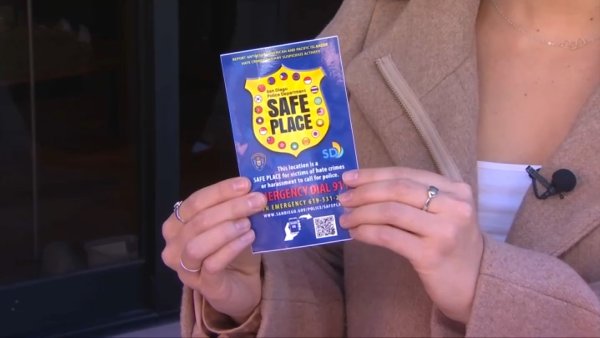 The Sheriff's Department identified the deputy who fired the shots as Deputy Tyler Eickermann, an 11-year veteran of the department currently assigned to the Railroad Enforcement Team.