The Latin restaurant on India Street has been around since 1994, helmed by a then-unknown chef Deborah Scott

After 26 years in business in the heart of Little Italy, the Cohn Restaurant Group’s Indigo Grill will shutter next month, marking the “end of an era” for the well-known local chef who launched the concept.

“With much gratitude and appreciation to all of our friends who have supported Indigo Grill over the last two decades, we sadly say good-bye to our trusted friend, Indigo Grill,” said Chef Deborah Scott. “I would like to thank all of our guests who made Indigo Grill a place to gather, share experiences, and form new friendships." 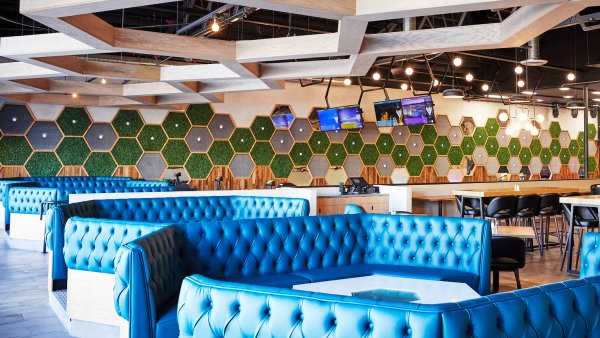 The Latin restaurant has been around since 1994, when a then-unknown Scott quietly opened its doors. She was just starting out in the San Diego food scene, and – to this day – she credits the restaurant for propelling her career.

“Personally, I owe Indigo Grill more than I can say, from the privilege of meeting David and Lesley Cohn (my mentors and family), to our incredible, loyal guests, who quickly became (and will continue to be) family,” Scott added in a press release. “It feels like the end of an era. I will always remember and appreciate the opportunities this landmark has afforded me.”

In 2001, Scott partnered with CRG on Indigo Grill. Today, it is one of more than two dozen eateries in the Cohn Restaurant Group’s portfolio.

Over the years, Scott has grown alongside CRG, launching concepts like Coasterra, Island Prime/C Level, and Vintana for the local powerhouse hospitality group. CRG said Scott will continue to work with those restaurants long after Indigo Grill closes.

Scott plans to be there on Indigo Grill’s final day in business, and in the days leading up to its closure. CRG said Thursday that Scott will say her goodbyes to the longtime restaurant’s guests on Jan. 29, Feb. 1, Feb. 5 and, finally, Feb. 8.

When Indigo Grill opened in 1994, there weren’t many non-Italian restaurants in Little Italy. Scott was curious -- especially about Latin cuisine -- and inspired by her travels.

CRG credits the eatery with kick-starting the movement that has made “Little Italy a dining hub for more than simply Italian fare.”