On episode two of our podcast, Scene in San Diego Featuring Eater, we talk about the new wave of closures for local bars, breweries and restaurant dining rooms and the full shift toward outdoor dining as COVID-19 cases surge in San Diego County.

We are joined by John Resnick, the owner of renowned French bistro Jeune et Jolie in Carlsbad, who spent the better part of June converting his restaurant into an all-outdoor bistro. Following safety guidelines and social distance protocols, Resnick turned his 1,200-square-foot parking lot on State Street into an al fresco dining room for a reservation-only, 5-course dining experience he calls, “Starry Night.”

What’s New in San Diego County’s Public Health Order, for Restaurants?
It’s only been two short weeks since our last episode but, already, so much has changed in San Diego County due to the ongoing coronavirus pandemic and the rise in local COVID-19 cases. San Diego County public health officials last amended the Public Health Order on July 7, 2020, to include these major changes: a 10 p.m. curfew for restaurants that serve alcohol; the closure of bars and breweries that DO NOT serve food; the reopening rollback of indoor dining at local restaurants. Let’s break those changes down.

Restaurant Curfew
Effective July 1, San Diego County public health officials set a curfew for restaurants that serve alcohol, saying restaurants now need to be closed by 10 p.m. daily. People who are already seated and eating by 10 p.m. can stay until 11 p.m., but the businesses must close from 10 p.m. to 5 a.m., every day.

Bars/Breweries That Don’t Serve Food Must Close
Also on July 1, San Diego’s public health order called for the closure of bars and breweries that DO NOT serve food. This order excludes wineries and distilleries that have outdoor tasting rooms; those are still allowed to operate but must do so outdoors.

San Diego on California’s Watchlist
As the restaurant curfew and bars/breweries closures were implemented in San Diego County, COVID-19 cases were surging across the state of California. On July 1, Governor Gavin Newsom said the state was taking a big step back in its reopening efforts as he shut down indoor dining at restaurants, as well as indoor businesses like movie theaters, museums, and bars. The governor’s order impacted 19 counties in California – including Los Angeles and nearly all Southern California – where a combined 40 million people live. At this point, though, San Diego wasn’t part of the rollback. But our county’s time was coming. On July 3, San Diego landed on California’s “Watchlist” and the county was warned that a rollback on our reopening was looming, and those closures would include, once more, restaurant dining rooms and other indoor businesses. 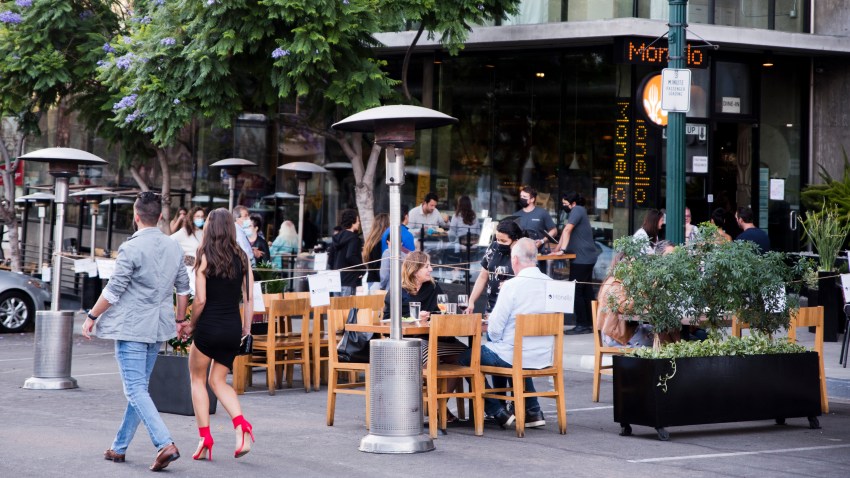 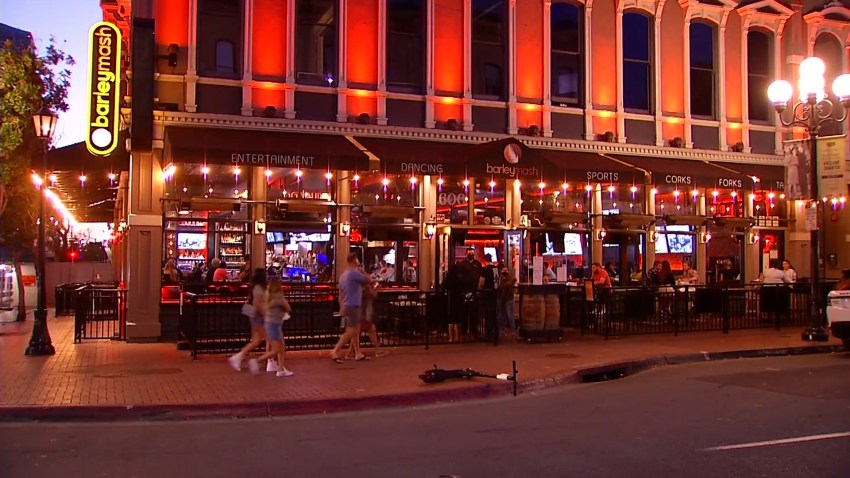 The closures – in effect until at least July 27 – include indoor service at all restaurants, plus bars, wineries, distilleries, and breweries that serve food. The second shutdown also includes indoor movie theaters, family entertainment centers, indoor exhibits at zoos, indoor museums, and card rooms. Local health officials said they will keep closely monitoring the situation to determine when these businesses can reopen again.

“This supports the actions that we are taking today and that being imposed upon us by the state,” she explained.

How Will Restaurants/Breweries/Bars Survive This?
Although county health officials said the rollbacks are necessary for public health, how are San Diego’s small restaurants, craft brewers and bars going to survive this second shutdown? Many are still reeling from the first shutdown in mid-March, April and most of May.

Things are tough for breweries, too. Candice spoke recently with the co-founder of Pure Project, Mat Robar, about his newest location in Carlsbad, which opened on State Street just before the rollbacks came down. That outpost is opening with to-go sales of growlers, crowlers, and packaged beer in cans and bottles. Robar said the brewery is working on a plan to expand its outdoor footprint to be able to offer patio seating and outdoor service in order to stay afloat in these uncertain times. Read that story here.

The newest shutdown for indoor dining rooms will be devastating for many restaurants in our region and across California – especially those that worked to put safety measures in place and reduce seating since reopening a few weeks back. In this story from last week, Jot Condi, the head of the California Restaurant Association, noted that this would be, “the last straw for a lot of restaurants.”

By the way, the health order still says food and drinks can only be served to customers sitting at a table designated by the restaurant for dining, and alcohol can only be served as part of a meal, sold, and served in the same transaction. And, for face masks, restaurant customers must still wear them whenever they’re not seated at their table. They can take them off to eat and drink, of course.

The order will allow restaurants to install dining areas on sidewalks, patios, and even adjacent parking lots without having to apply for permits. Those permits can cost up to $1,000 and take several months to be processed and approved, according to Faulconer, so this order will help alleviate that process.

Take It Outside: A Conversation With John Resnick, Owner of Jeune et Jolie

With restaurants having to shift to all-outdoor dining in order to follow guidelines and stay in business right now, we spoke with John Resnick, owner of the modern French bistro, Jeune et Jolie, in Carlsbad. Candice wrote a story last month about how the fine dining restaurant was reopening with all-outdoor service.

Starry Night is by reservation only, and you can snag your spot here. Bachelier’s menu rotates weekly, with Jeune et Jolie typically giving a sneak peek on social media.

Resnick said his decision to move his bistro outdoors was a thoughtful one, and he walks us through that process – from the first table to the last string of lights that was strung outside, and how it felt to commit to the outdoor set-up.

He knew that, indoors and with the new pandemic-era restrictions, he wouldn’t have been able to provide the level of hospitality for which his restaurant is known.

So, he took it outside.

“The vibe and the environment is part of the experience,” he explained.

Resnick also spoke to us about the restaurant rollercoaster ride, and how it affects him and his staff. The ever-changing times certainly keep him up at night but, at the end of the day, he just wants his crew to have a home at Jeune et Jolie and to feel safe and comfortable while they work.

Keeping morale high is a challenge, but he's trying to do just that, and remind his staff to seek out those positive moments.

Resnick talks about how he’s implementing outdoor dining at his other eatery, Campfire, calling that dining experience “Camp Out.”

Although he admits – like all of us – that he doesn’t know what to expect next, he believes the outdoor dining at Jeune et Jolie will continue for a while, and if that’s the way restaurants have to operate for now, he’s making the best of it.

Oh, and fun facts: Jeune et Jolie was named one of Esquire Magazine’s Best New Restaurants in America last year, while also aspiring toward Michelin stardom. And the restaurant won Eater San Diego’s coveted Restaurant of the Year award in 2019, which is quite the honor.

Jeune et Jolie opened about two years ago and, if you had told Resnick he would one day be moving his beautiful bistro into the parking lot, he would not have believed it.

Check out the before and after photos of the Jeune et Jolie parking lot here.

You can keep up with Jeune et Jolie on Facebook here or Instagram here. And check out the latest updates on Resnick’s Campfire restaurant here.