Jon David Guerrero, 43, killed four people and attacked many others during a violent spree in the spring and summer of 2016 in San Diego County

A man who killed four people – including three homeless men – in a string of brutal murders and attacks in San Diego County in 2016 will spend the rest of his life in prison.

The Superior Court of California, County of San Diego, confirmed Tuesday that Jon David Guerrero, 43, was sentenced to four terms of life without the possibility of parole, plus 143 years to life.

Guerrero pleaded guilty to the murders in January 2020. He had attacked more than a dozen victims between February and July 2016, some of whom were set on fire, bludgeoned or impaled with railroad spikes.

When Guerrero pleaded guilty to the crimes last year, it signaled the end of court proceedings that had spanned more than three years, including numerous mental competency hearings and multiple stays at Patton State Hospital.

A man accused of multiple attacks on homeless people in 2015 and 2016, some deadly, is expected in court Monday. NBC 7's Nicole Gomez details the allegations against him.

One of the last people attacked, Mike Papadelis, 58, was the first witness in a November 2019 hearing.

Papadelis told the courtroom Guerrero left him blind with a crushed eye socket, a broken nose and jaw after he was attacked while sleeping near 18th and C streets in July 2016. Guerrero was taken into custody soon after that attack.

"I'm lucky to be alive because the (railroad) spike was there and I was asleep. He could have put it right through my head, or my chest, or my neck but I don't know. I guess it just wasn't my time," Papdelis previously told NBC 7.

NBC 7’s Artie Ojeda speaks with a man who survived a vicious assault that left him blind in one eye. He supports the death penalty for the suspect, Jon David Guerrero, accused of attacking at least 12 people.

Others did not survive Guerrero's attacks.

Investigators believe the attacks began when DeNardo was set on fire and railroad spikes were rammed into his head and chest as he slept under I-5 near Morena Boulevard in 2016. Witnesses saw a man running away, carrying a gas can.

That gas can was tracked to a convenience store where a clerk known as "Elliott" sold it to Guerrero about 15 minutes before that first deadly attack.

He helped police create the sketch used to hunt down the suspect and served as a key witness.

Elliott said he didn't realize how serious the incident was until two more homeless men were attacked and police came looking for the security video. 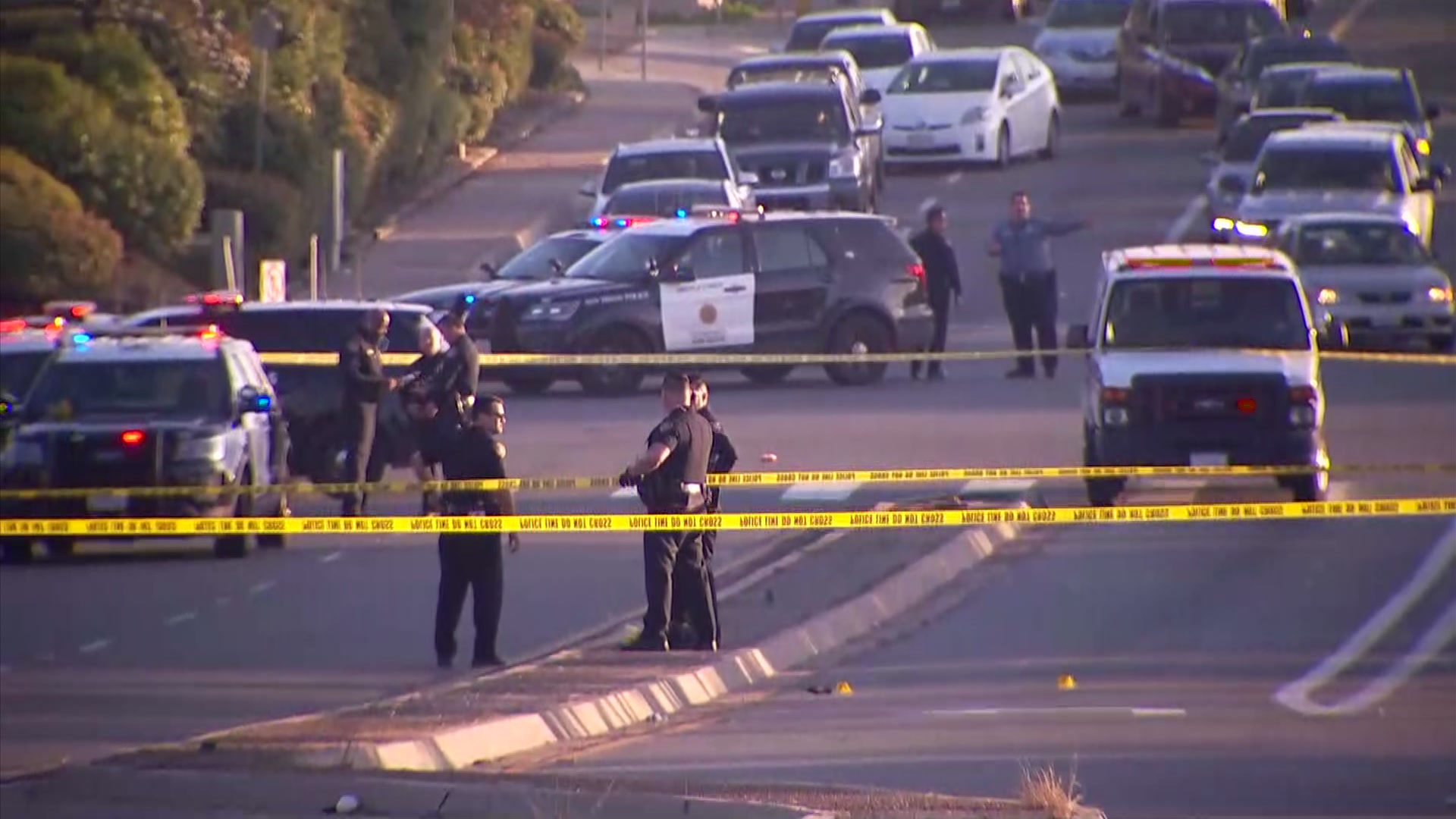 Man Dies After Crashing Truck Down Embankment Near El Cajon

On July 4, 2016, two homeless men were attacked within an hour of each other in San Diego's Bay Ho and Ocean Beach communities. One of the victims, Longley, died.

On July 6, 2016, Vahidy was found attacked and lit on fire in Pantoja Park near State and G streets. He died in the hospital.

Simmons was not homeless. She was found beaten on July 13, 2016, near Arizona Street and University Avenue as she was walking to a nearby bus stop to volunteer at a local YMCA, according to her autopsy report. She died two weeks later.

Guerrero was arrested on July 15, 2016, hours after Papadelis was attacked at 18th and C streets. He was sent to Patton State Hospital for treatment after he was initially found not competent to stand trial in July 2017.