Approximately 300 protesters showed up in La Mesa after a planned demonstration took place to call for justice in the killings of Breonna Taylor and Vanessa Guillen.

The protest began at around 3:30 p.m. The group that promoted the event on social media identified the protest as, "We Demand Justice for Womxn of Color."

Many members of the second group were identified as being part of the "Defend East County" group, according to police.

A march began that proceeded for approximately two miles. The march caused some traffic delays. By the end of the march, the number of people grew to up to 300, La Mesa PD said.

Police said several "physical altercations" occurred between the two groups as the march passed by the VFW building.

The La Mesa police chief, Walt Vasquez, and a group of local faith-based leaders were able to meet with organizers of both groups in the early stages of the protest.

"I would like to thank the organizers of all of the groups in attendance tonight for their efforts to ensure a successful event for all involved. I wholeheartedly support the citizens’ right to peacefully exercise their first amendment rights, and the men and women of the La Mesa Police Department are here to support that," Vasquez said in a release.

Only one arrest happened during the demonstration. Ryan McAdams, 35, of Jamul was arrested on possession of a pepper spray and a probation violation.

The city of La Mesa issued a temporary area restriction on Saturday ahead of the protest.

The restriction went into effect at noon and will last through 5:30 a.m. Sunday on University Avenue from Baltimore Drive to Allison Avenue. It also extends to the fence on the west side of the Metropolitan Transit Systems railroad tracks to the north side of Allison Avenue, near Spring Street.

While the sanctions are imposed, several items that can be “considered an implement of a riot that can be used as a weapon” will be prohibited within the area, according to the city.

Ahead of the demonstration, La Mesa police placed barriers near the police department.

Protests were planned in front of the police department to call for justice in the killings of Breonna Taylor and Vanessa Guillen.

More coverage on protests calling for an end to systemic racism. 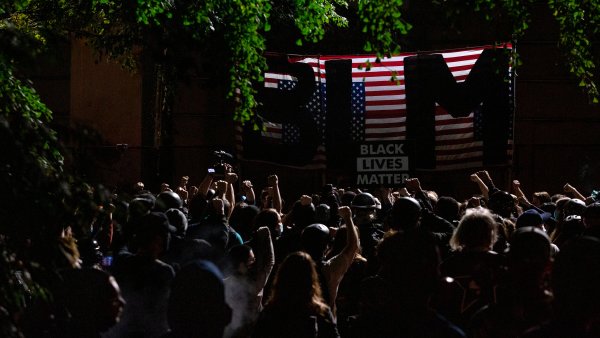 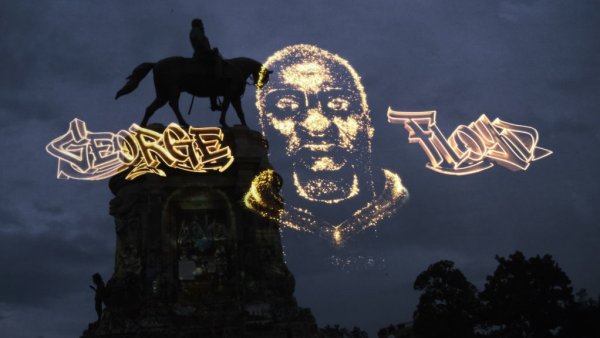 Police warned of possible traffic delays in the area. The department also said businesses “may be closed earlier than usual.”

During the weekend of May 30, tensions escalated during a peaceful protest in La Mesa that was planned in wake of George Floyd’s killing. Looters took advantage of the movement and targeted local businesses. Some vehicles were also set ablaze during the unrest.