On May 22, Kelly Currie and her husband won a huge jury verdict, in an El Cajon courtroom.

But Kelly says that that money won't end her suffering, or ease her emotional pain.

“I would give every penny of it back, to go back to before surgery,” Kelly told NBC 7 News in an exclusive interview. 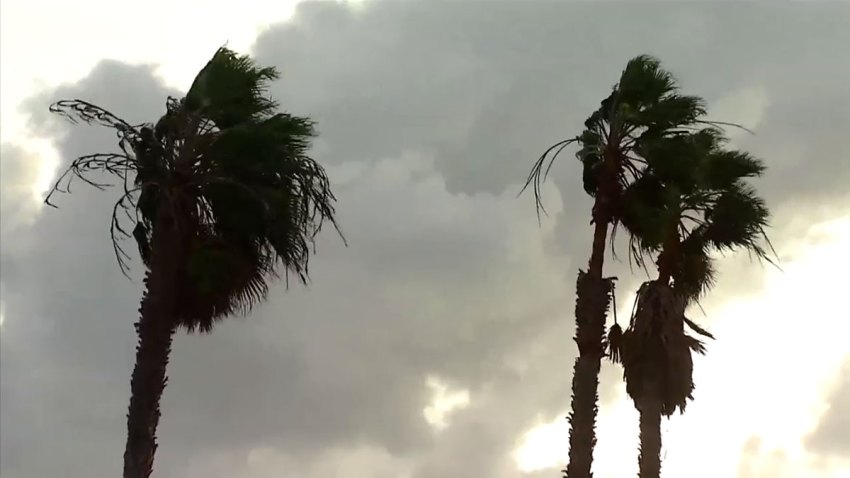 Kelly's nightmare started in 2009, when she was diagnosed with cervical cancer.

Kelly and her husband were impressed with his experience and self-confidence, and took his advice.

"I just wanted to get rid of the cancer," Kelly recalled.

And while that surgery did remove the cancer, it also left Kelly with severe pain.

She knew something else was wrong, when she got ready to leave the hospital.

"And when I stood up, blood went everywhere,” she remembered, as if it happened yesterday. “Down my legs, all over the floor."

That scary experience was only the start of Kelly's problems.

Problems her lawyer, Chris Hulburt, said could have been avoided, if Dr. Ghosh had performed a routine “cone” biopsy on Kelly's cervix, before doing that surgery.

Hulburt specializes in medical malpractice cases. He says that biopsy would have revealed that Kelly had a tiny, almost microscopic, cancer that did not require radical surgery.

“And it was our case that if he'd done the smallest surgery, none of these (surgical) injuries would have happened, and she would have been fine,” Hulburt said.

Kelly said those additional surgical injuries became apparent, when she got home from the hospital.

While it’s difficult for Kelly to discuss, she told us about those symptoms, because she hopes other women will learn from her terrible experience. "I had diarrhea,” she explained, “and it just was coming from everywhere. And I didn't realize at first that it was coming out vaginally, too."

To make matters worse, Kelly had developed a fistula, which is an abnormal connection between her rectum and vagina.

It took more than a year, and multiple surgeries, to repair that damage.

Kelly had to wear an ostomy bag, while her wounds healed.

"Well, I literally just lay in a chair, and I didn't eat or drink,” she recalled. “I basically waited to die."

Kelly did recover, and in May, she testified in court about her medical nightmare.

For two weeks, a civil jury heard the evidence and the arguments, including testimony from Ghosh and a medical expert for the defense, who said the doctor's treatment decisions and his surgical technique were proper, and that Kelly's complications were an unfortunate, but unavoidable risk of the surgery.

The defense, led by attorney Hugh McCabe, told the jury that Dr. Ghosh had fully disclosed to Kelly the risks of surgery. McCabe also told NBC 7 San Diego that despite those problems, the surgery saved Kelly’s life, by removing that potentially fatal cancer.

But the jury decided that Dr. Ghosh was negligent, and that his negligence “was a substantial factor in causing harm” to Kelly.

Jurors awarded Kelly $908,804 for medical expenses, and pain and suffering.

Her husband was awarded an additional $267,500 for “loss of his wife’s love, companionship, comfort, care… and enjoyment of sexual relations.”

Their attorney said the total award, of almost $1.2 million, was “a message that speaks the truth about the severity of this injury."

He also said that he uncovered more disturbing information about Doctor Ghosh, while preparing the case for trial. The attorney says that information may help other patients avoid problems with medical care.

"His office is called 'The San Diego Center for Gynecologic Oncology',” Hulburt said.
“Sounds very impressive. He of course didn't tell (the Curries) that he had flunked his boards to be board-certified in gynecologic oncology.” The jury learned about that, during the trial.

Ghosh's profile on the Palomar Healthcare website also promoted him as board certified in gynecologic oncology, which is incorrect.

Court records reveal at least eight malpractice and negligence lawsuits filed against Ghosh, from September 2009 to May 2012.

NBC 7 San Diego has also learned that the Medical Board of California, which licenses and disciplines doctors, has taken action against Ghosh on a different case, involving a 66 year-old woman identified only as “B.B.”

That case was heard by a state administrative law judge, who ruled that Ghosh committed "gross negligence" and "failed to maintain adequate and accurate records" of his treatment of “B.B.”

The judge also ruled that Ghosh did not get that patient’s written consent, before removing her uterus.

He ordered that Ghosh’s medical license be revoked, which would have prohibited him from practicing medicine in California. But the judge then stayed his revocation order, and instead put Ghosh on administrative probation for three years.

The defense attorney who represented Ghosh in that Medical Board hearing said the judge’s findings were “very harsh and unfair to Dr. Ghosh."

David Rosenberg, Ghosh’s attorney in the medical board case, told NBC 7 San Diego that the operation on “B.B.” was successful, that she recovered well, and there were no complications with the surgery. He said Dr. Ghosh committed no more than a medical charting error in that case.

The administrative law judge did note, in his written opinion, that Dr. Ghosh, “performed the procedures that, medically, were in the patient’s best interest.”

Attorney Rosenberg has asked a state superior court judge to review the evidence and the finding by the administrative law judge, and set aside the probation order. A hearing on that request is scheduled for later this year.

Rosenberg also said his client, who is a certified OB-GYN specialist, never misled Palomar Health Care, and did not tell the healthcare system that he's also board certified in the sub-specialty of gynecologic oncology.

Rosenberg says Ghosh, who declined our request for an interview, doesn’t know why that incorrect information about the sub-specialty was listed on Palomar's website. (Palomar Healthcare has since removed that incorrect designation from its provider website. The healthcare system and its two North County hospitals had no connection with Kelly Currie’s surgery, and were not a part of her lawsuit.)

As for the malpractice and negligence lawsuits filed against Ghosh, his attorney notes that some of the lawsuits have been dismissed.

He said “when you're dealing with a doctor's reputation -- and this guy's worked really hard his entire life to be trained, to do a good job -- I hate to see those kinds of conclusions reached, because it's not true."

"There are very competent, qualified people who said everything that Doctor Ghosh (in treating Kelly) was appropriate."

Rosenberg also said his client is an excellent surgeon.

"Well, I would have no hesitancy of sending my wife, my daughter, any family member to him."

But that praise means nothing, to Kelly Currie.

"I don't want any woman to see this doctor”, she told us.

Kelly has another bit of advice for patients facing surgery. It’s a recommendation confirmed by medical experts, and consumer advocates: unless it's an emergency, you should get a second, and even a third opinion, from another specialist, before having surgery.

It could be the most important thing you do, to avoid an unnecessary operation, and the risks that go with it.