Jury has been chosen for the murder trial of Seth Cravens

A jury has been selected in the murder trial of Seth Cravens, 22, the defendant accused of delivering the punch that killed professional surfer Emery Kauanui.

The panelists were selected Friday and opening statements are scheduled to begin Monday. Cravens could face 15 years to life in prison if convicted.

The judge summarized the case for the pool of 60 prospective jurors will fill out a questionnaire regarding this case.

The potential jurors took home the questionnaire and came back Thursday for jury selection. The questionnaire included a list of possible witnesses and jurors were asked if they knew any of them. It also asked prospective jurors general questions about the case and if they've formed an opinion. 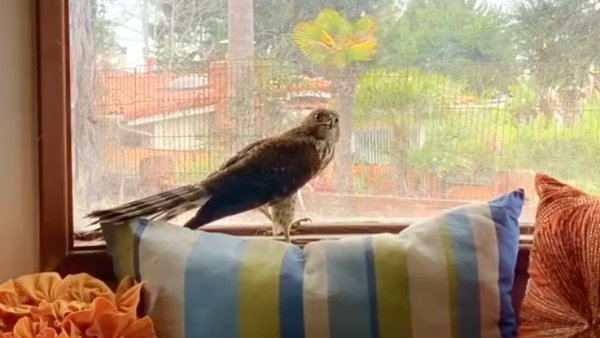 Animal-Loving Meteorologist Dagmar Midcap Can Add ‘Rescuer' to Her Resume

The four co-defendants, Orlando Osuna, Eric House, Matthew Yanke and Hank Hendricks were listed in the questionnaire and may take the stand as possible witnesses.

Cravens allegedly sucker-punched Kauanui, who fell, hit his head and died in the hospital a few days later.

Four co-defendants pleaded guilty to lesser charges in the death of Emery Kauanui and were sentenced in September. Orlando Osuna, Eric House, Matthew Yanke and Hank Hendricks all pleaded guilty to charges stemming from the beating death of Kauanui, 24, in 2007.