Proclaimed as a “retreat from reality,” a new restaurant opened in the East Village Monday that pays tribute to a charismatic surfer and involved member of the community.

Called Himmelberg’s, the restaurant was brought to life by San Diego's The Patio Group, which aimed to create a “warm and fuzzy Cheers vibe” at the space.

The eatery's namesake, Joey Himmelberg, was a former senior project manager at American National Investments -- the company behind local eateries like The Patio Group. He died of a heart attack in July 2016 at age 48. 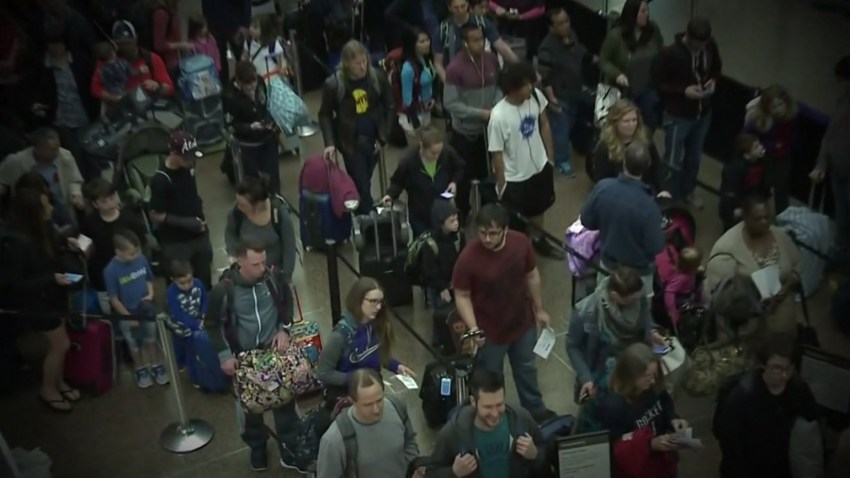 Himmelberg’s passing was a huge loss to The Patio Group CEO Gina Champion-Cain. She wanted to find a way to honor her late friend.

In 2018, The Patio Group named a bar after Himmelberg at the since-closed The Patio on 101 in Encinitas.

On Monday, The Patio Group kept its homage to Himmelberg alive with this latest venture into downtown San Diego's East Village.

And, they're hoping that eventually, everybody at Himmelberg's knows your name.

“Himmelberg’s was created as a tribute to simpler times when your bar tab was affordable and bar-goers chatted over tasty food and drinks without the distraction of cellphones,” said Hilary Rossi, Senior Vice President of Food and Beverage at American National Investments.

The menu is described as being geared toward the “healthy rocker,” filled with fast-casual, classic bar bites from soft pretzels to Cauliflower Wings.

Patrons can eat in an upstairs dining area or grab food from the restaurant's takeout counter. There is room for everyone.

“No matter your generation, there will always be a barstool for you to unwind,” Rossi added.

The Patio Group said the restaurant was inspired by Himmelberg’s “positive attitude and love of ‘70s and ‘80s music.”

To that end, the site will also serve as a music venue. On Fridays and Saturdays, Himmelberg’s will host live bands and entertainment, including Ready Set Survive and BJ Jezbera and the Bad Mother Folkers. To see a full lineup, visit Himmelberg’s website.

All in all, Himmelberg’s hopes to be a place where everyone can honor their own friendships -- with a solid drink and good grub, to boot.

The restaurant is located at 369 10th Ave., near J Street. It replaces Harvest by the Patio, which shuttered for this revamp last October.