The deadly accident happened on Palm Avenue in Imperial Beach

A pedestrian was struck and killed by a suspected drunk driver overnight just one block away from a DUI checkpoint – so close, deputies working the checkpoint heard the crash.

Driver Jonathan Rojas, 24, was arrested on DUI charges and gross vehicular manslaughter after the collision on Palm Avenue, between Emory Street and 10th Avenue, in Imperial Beach around 12:40 a.m. Saturday.

The San Diego County Sheriff’s Department said witnesses reported the pedestrian was in the process of crossing the six-lane roadway when he was struck by Rojas’ car, which was travelling westbound on Palm Avenue.

A block-and-a-half away, deputies were working a DUI checkpoint. The sheriff’s department said those deputies actually heard the screeches of the collision and rushed to the scene immediately.

Though deputies attempted aggressive lifesaving efforts on the pedestrian, the victim died at the scene. The pedestrian’s name has not yet been released by officials, pending family notifications.

Rojas was taken into custody and booked into San Diego Central Jail. He’s scheduled to appear in court Thursday.

The San Diego County Sheriff’s Department said the DUI checkpoint in Imperial Beach, which was stationed near The Salty Frog bar in the 900 block of Palm Avenue, screened 1,039 vehicles between 8 p.m. Friday and 2:45 a.m. Saturday.

This deadly accident is the latest in a long line of deadly DUI-related crashes in San Diego this summer.

The San Diego District Attorney's Office says there has been a notable spike in fatal DUI collisions across the county. The DA has dubbed the tragedies the "summer of shame" in San Diego.

Latest Coronavirus Impacts: Another Shutdown? Vaccine Weeks Away for California 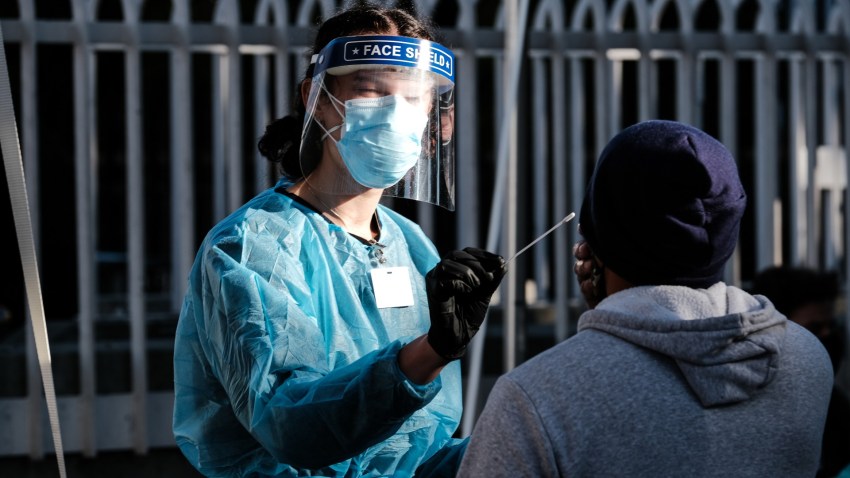 COVID-19 Cases Soaring but Deaths Not Rising at Same Rate

NBC 7 has taken a closer look at deadly, local DUIs over the past few months.