How to Watch, What to Know on Day 1 of US Open in San Diego

The U.S. Open returns to Torrey Pines 13 years after Tiger Woods and Rocco Mediate provided one of golf's most electric major championships

If the 2021 U.S. Open Championship is half as good as it was in 2008 when it was last played at Torrey Pines, San Diego is in for quite a weekend of golf.

The legendary Tiger Woods, who took the title back in 2008 -- How could we forget? -- isn't in the field but San Diego legend Phil Mickelson (Uni HS) will be, fresh off his PGA Championship victory at Kiawah Island. Also in the field are hometown sticks Xander Schauffele (Scripps Ranch HS, SDSU) and Charley Hoffman (Poway HS), and some of golf's biggest names like Rory McIlroy, Brooks Koepka, and defending champion Bryson DeChambeau.

For the first time in 13 years, the U.S. Open Championship returns to the Torrey Pines Golf Course -- here's your golden ticket to Day 1, including a peek into the swag shop and a Phil Mickelson sighting.

Torrey Pines Golf Course waited 13 years for the U.S. Open to return, then had to wait a little longer -- 90 minutes, to be exact.

The start of Thursday’s first round of the U.S. Open was delayed due to fog. After an initial delay of 30 minutes, the first group of players arrived at the 1st hole on the South Course only to be sent away due to increasing fog.

Eventually, though, the fog cleared and the 121st U.S. Open began at 8:15 a.m. with American golfer Sahith Theegala hitting the first shot of the championship.

Attendance capacity for the tournament is expected to be around 10,000 fans per day. Early Thursday morning, there was plenty of room around the course; the galleries were pretty sparse, with two exceptions.

The San Diego duo of Phil Mickelson and Xander Schauffele had by far the largest crowd. Roughly a thousand fans followed the local golfers around their first few holes.

Day 1 at the Torrey Pines Golf Course looked different than it did back in 2008 when Tiger Woods played an unforgettable tournament.

Mickelson traditionally draws a large, loud crowd wherever he plays, but early in his round, the 51-year-old six-time major champion was not pleased with fans. On the 13th fairway, Mickelson twice addressed his ball, then had to step off due to noise from the fans or fans taking pictures and videos. After his second step-off, a police officer on the course went over to calm the situation. Then, on the next tee box, Mickelson again had to step away from his shot due to loud fans.

Due to the fog delay, there is a good chance the first round will not finish on Thursday.

For ticket and parking information, as well as coronavirus-related requirements, click here. 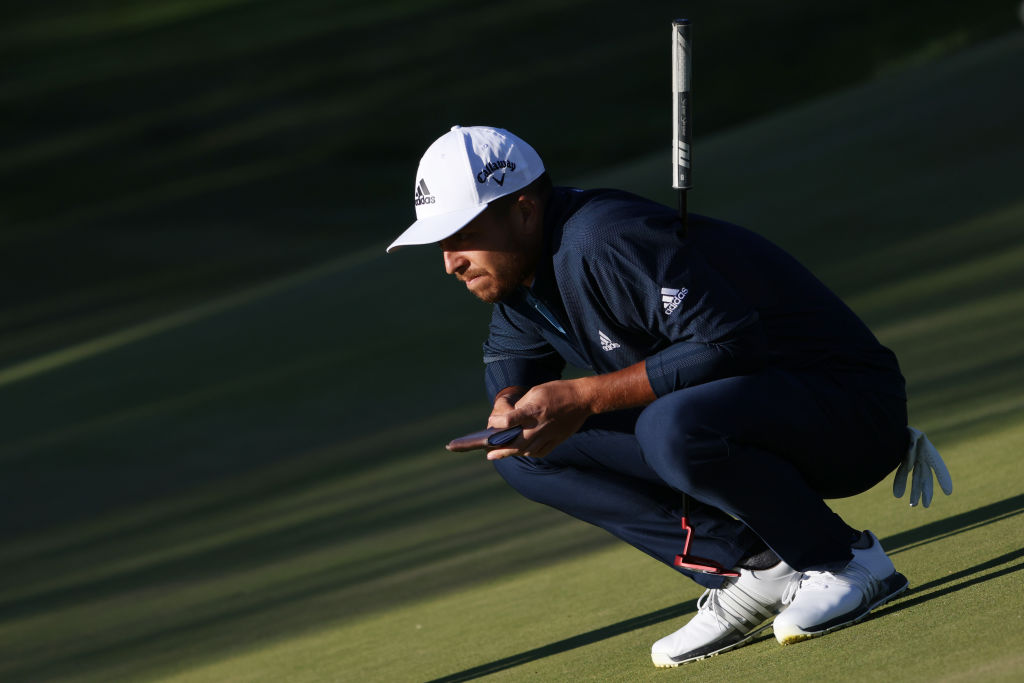 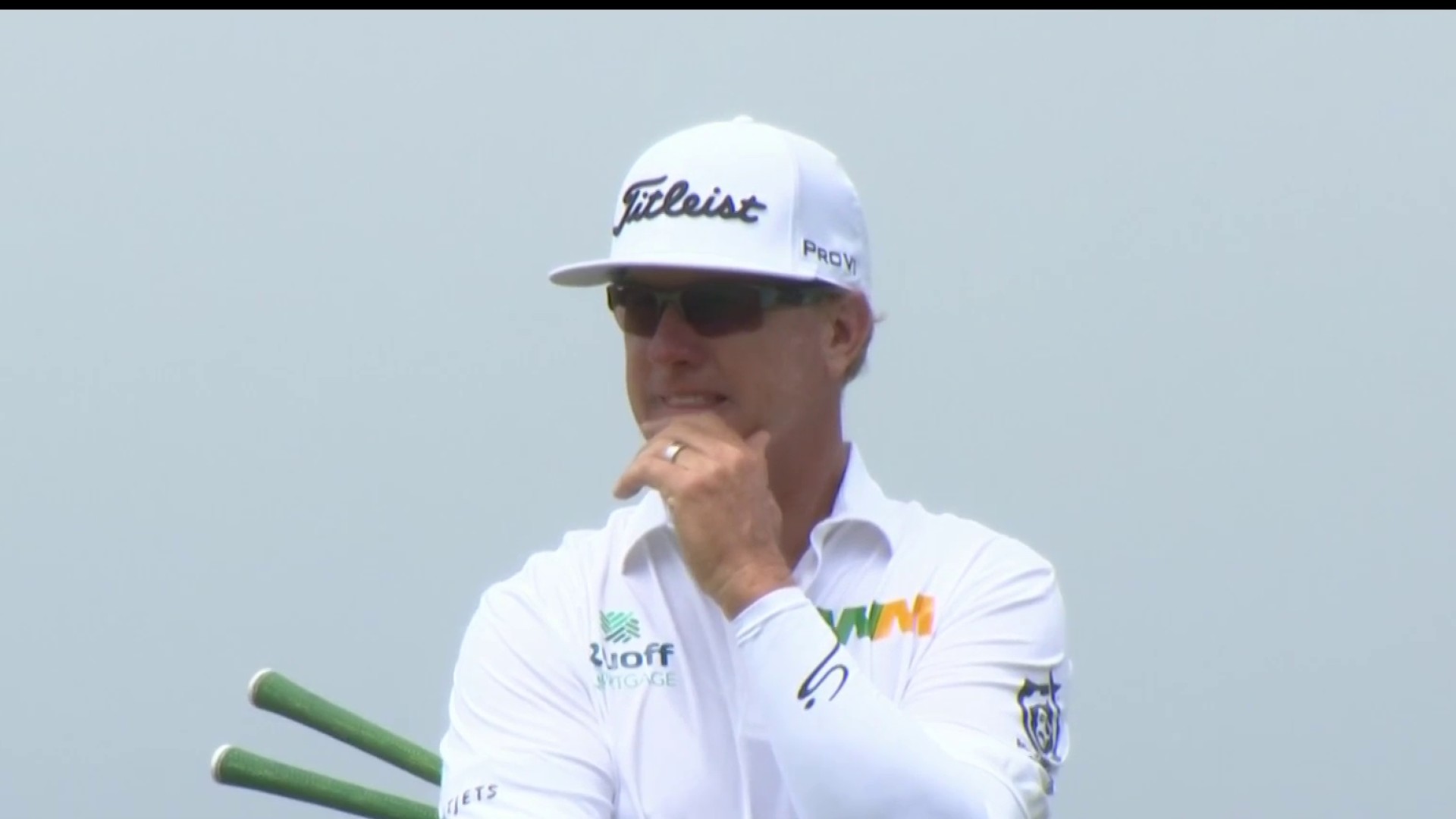 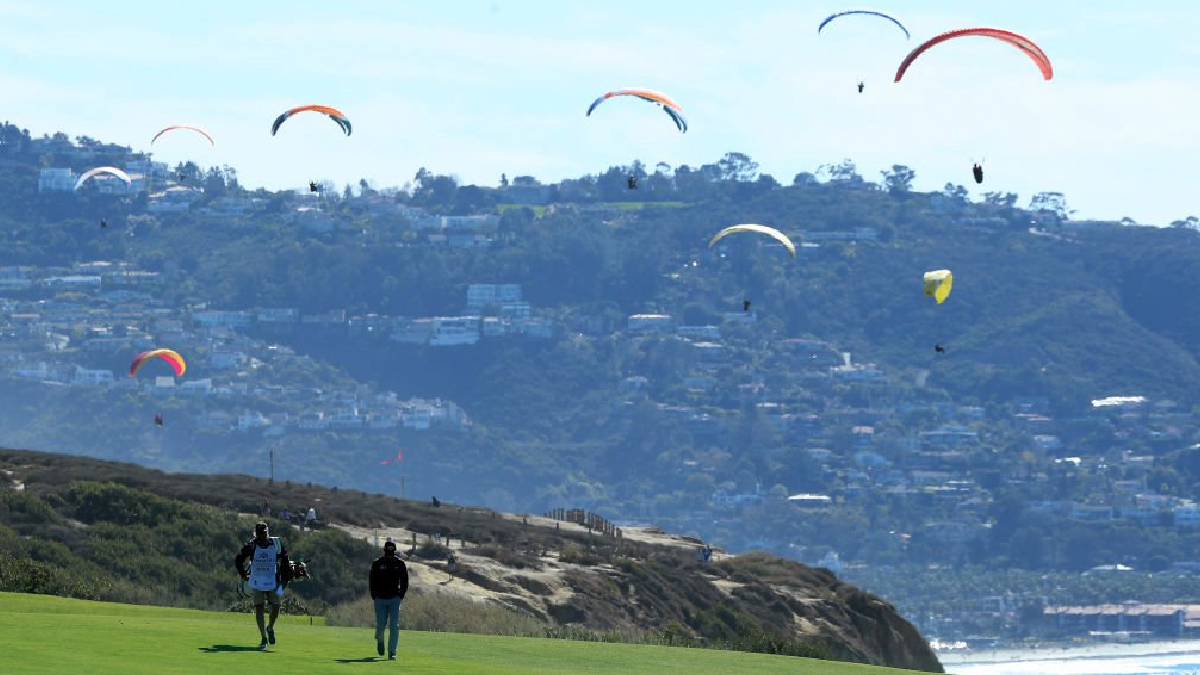