Baseball is back! San Diego Padres Opening Day at Petco Park is April 14. Get a head start on what you'll be eating this season with our food guide

Padres fans may be focused on who will be on the starting roster for 2022 Opening Day, but San Diego foodies have another baseball lineup on their minds -- the new concessions at Petco Park.

As usual, the downtown San Diego stadium is maintaining its ranking as one of the best MLB ballparks for food with a handful of new offerings for the upcoming season -- including some delectable drinks for those who partake -- not to mention the local staples that were already part of the ballpark's popular offerings. 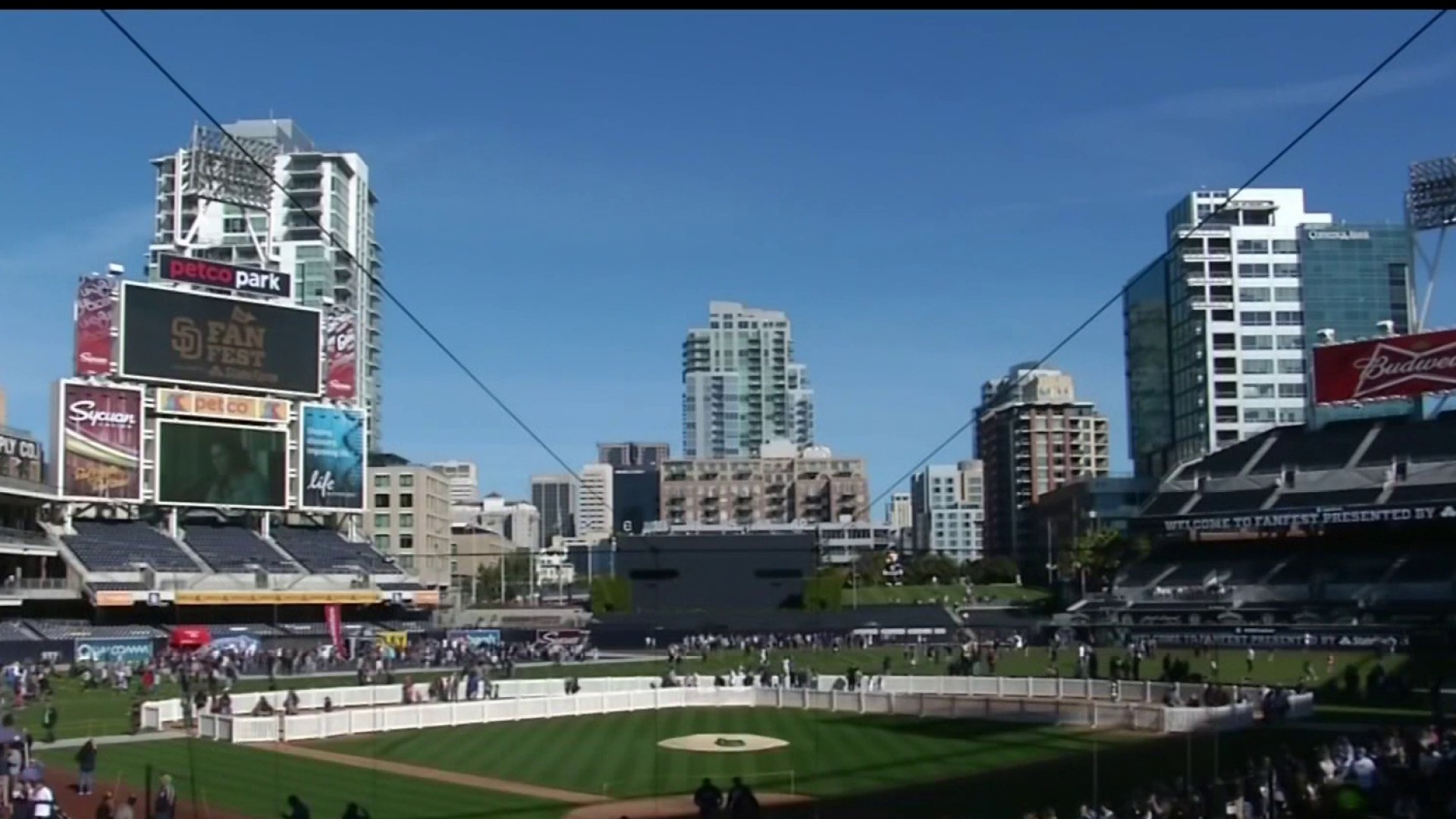 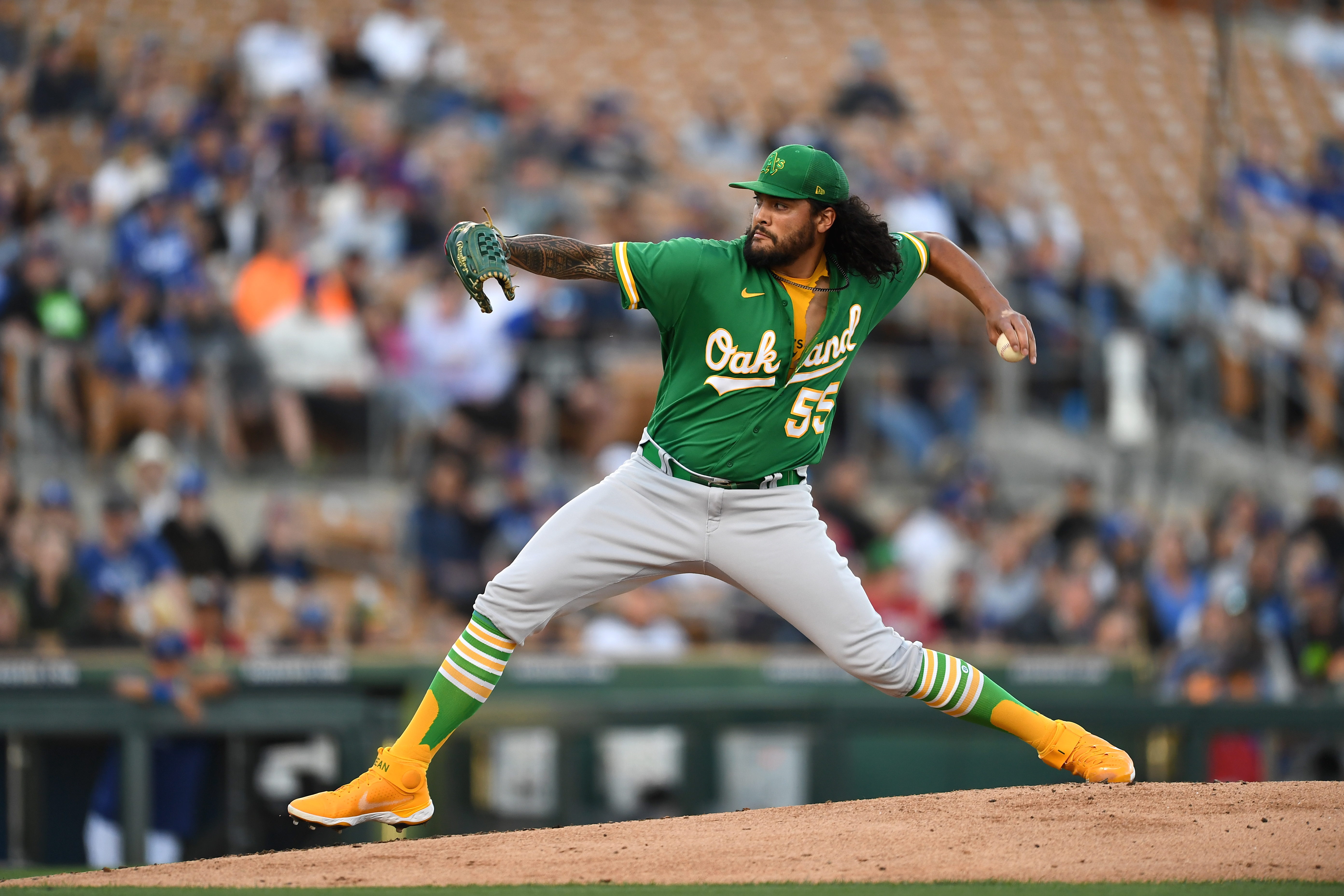 Get ahead of Padres Opening Day on April 14 by planning your food tour. Here is what's being served up new for the 2022 Padres season and where at Petco Park to find them.

One of the hottest food trends of late is the Nashville hot chicken sandwich -- a piece of fried chicken powdered with a blend of spices and sandwiched with coleslaw between two buns.

Of course, Petco Park isn't one for falling behind the times. San Diego's Finest Chicken will be bringing an exclusive hot chicken sandwich called "The Hot Hen" to the ballpark.

This version has the traditional seasoned crispy chicken but is topped with a slaw made from Fresno chilis and "fuego sauce." Safe to say this one will be HOT. All that will be served up on a brioche bun with pickles.

Where to find it at the ballpark: Find the Hot Hen near Section 316 or at The Draft by Ballast Point in Section 207.

Looking for some healthier fare while at the park? Sambazon's acai bowls is the option for you. The San Clemente-based company, which was started after discovering acai in Brazil, will be blending up its most popular flavors, including the Berry Bliss, Amazon Superberry and Peanut Butter Power.

For the spirit enthusiasts, Sambazon will also be swirling up an acai margarita -- a refreshing choice for those hot summer games.

Where to find it at the ballpark: Get a taste of Sambazon near Section 109.

For the Padres fan with a sweet tooth, you'll want to check out Holy Paleta, which is named after the traditional Mexican treat similar to a popsicle. Fans will be able to top their paletas with an array of trendy toppings and sauces.

You can find Holy Paleta's treats at several San Diego locations, including at their storefronts in Little Italy and Bonita, or through authorized retailers at the Hotel Del Coronado and the Intercontinental hotel in downtown San Diego.

Where to find it at the ballpark: Get your paleta on near Section 112.

While Sushi isn't the first thing that comes to mind when you think "ballpark food," Petco Park needed to embrace their San Diego roots with some seafood. For that, they've brought in Negihama Sushi, which will offer grab-and-go sushi options.

Where to find it at the ballpark: The sushi offerings will be available in the Mercado located near Section 104.

Also new this year at the Mercado is Cucina Stella, which will offer Neapolitan-style pizza and meatball subs loaded with marinara sauce, parm and served on a rustic Italian roll.

Where to find it at the ballpark: Head to the Mercado near Section 104 to pick up some pizza and meatballs.

Jack in the Box

Yes, Jack has been part of the San Diego Padres (off-and-on) for a long time but his food offerings are finally coming to the ballpark -- no drive-thru necessary.

To find the Jack in the Box stand, head towards the giant Jack head in right field. There, you will find the San Diego-based fast-food chain's chicken strips, curly fries, mini churros and their new Loaded Tiny Tacos topped with cheese sauce, shredded lettuce and taco sauce.

While those offerings you can find at any Jack in the Box location, something you won't find in stores is the signature Purple Haze Cocktail.

Where to find it at the ballpark: Find these munchies near Section 323.

Petco Park already boasts an eclectic range of cuisines through its partnership with local San Diego restaurants. Here are some hits that will be returning in 2022.

Pork is the focus of San Diego-based Carnitas Snack Shack, which brings popular items like the Triple Threat Pork Sandwich (pulled port, bacon, and sauces on a brioche bun) and the Carnitas Tacos to the ballpark. Head to either Section 128 and Section 228 to find these delectable dishes.

It wouldn't be San Diego without tacos (and margaritas!), and Puesto is here to fill that role. The taco restaurant serves up some of its signature tacos, a chicken al pastor burrito and birria nachos. Don't forget to grab one of their Puesto Perfect Margarita; in frozen or classic form, you can't go wrong. Puesto is expanding and will have stands on the ground level at the first and third base lines.

When you're craving a mouthwatering burger, there's only one San Diego staple to turn to, and that's Hodad's. The burger joint, which has been part of San Diego history since 1969, brings its classic bacon cheeseburger to the park. We suggest pairing it with their signature onion rings. Find Hodad's in several locations: near Section 104; Section 131; Section 300; Section 316; Section 325.

Seaside Market will be serving up its famous Cardiff Crack Tri-Trip on top of a ballpark classic -- nachos! Find these near Section 308, 322 and 327.

San Diego's Board & Brew is returning this season with some of their beloved sammys. (Don't forget the secret sauce)! Find Board & Brews' subs near Section 205.

Seafood and San Diego just go together. Grab some grilled Fish Tacos from Blue Water Seafood Market & Grill at The Still, Cutwater Spirits' in-park bar. Pro-tip: Get these fish tacos on Taco Tuesday for just $2.50. Find The Still near the 3rd base line.

What Else is New?

Baseball just goes with Cracker Jacks (I mean, it's in the song!) but new this year, baseball fans at MLB stadiums across the country will have the choice between Cracker Jacks or Cracker Jills.

Frito-Lay, the company behind the popular stadium snack, announced Cracker Jill as their newest mascot, who -- alongside Sailor Jack -- will be featured on the front of bags sold at stadiums. The company even released a new version of "Take Me Out to the Ball Game" to highlight the new character.

Read more at the link below.

To represent the spirit and camaraderie of baseball’s return, Budweiser has designed and will debut new limited-edition team cans just in time for Opening Day.

This year, we wanted to leverage our long-standing partnership with MLB to raise a toast to the fans by giving them a piece of their hometown to enjoy right in the palm of their hand with our MLB designed team cans.”

The brewer chose 14 hometown cities to be featured on the cans -- and the San Diego Padres are one of them.