In Encinitas, over 75 volunteers took part in the annual effort to count the number of homeless in our communities.

WeAllCount, the San Diego County Regional Task Force on the Homeless is conducting its annual point-in-time survey of residents who are experiencing homelessness.

Encinitas Mayor Catherine Blakespear was one of over 75 volunteers who surveyed her community before the sun rose on Friday.

She was checking her area of the census and spotted at least one person sleeping underneath a bush. 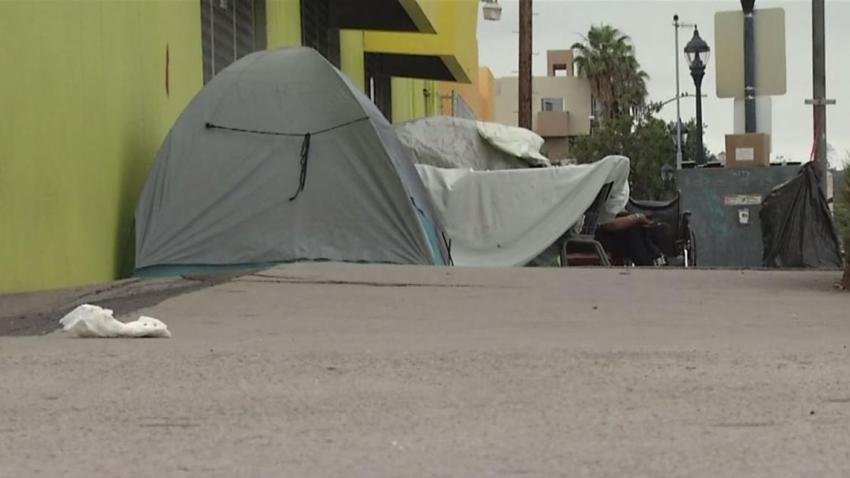 Blakespear said there were more than 100 people living on the street on the night of the count in 2017.

After the count, the city will have a better picture of the current situation in the city.

“There are lots of different funding formulas that are based on the number of people living unsheltered,” Blakespear said. “We need to make sure we get as accurate a number as possible.”

Gordon Walker, CEO of the San Diego Regional Task Force on the Homeless, a non-profit organization heading up the count, said the people were asked questions like when they became homeless and how long have they been homeless for.

The results will give insight into demographics that will allow the task force to provide better services focused on what is needed, Walker said.

Some high school students helped with the project. One of them told NBC 7 she hoped more people would realize that homelessness is not just someone else's problem.

“It makes me feel we should bring more awareness to it and help people out,” said volunteer Taina Milsap. “There’s a lot more than we think there are.”

In 2017, the survey of homeless people involved more than 1,200 counters who spent more than 5,000 volunteer hours with the project.

There are still opportunities to volunteer for the project. Click here to learn more.

The total number of homeless was up 5 percent from 2016 numbers.