A woman who damaged a U.S. Border Patrol SUV and other civilian vehicles in a hit-and-run collision was arrested on the shoulder of State Route 905 Thursday. A toddler riding in her back seat was hospitalized.

Westbound SR-905 was partially blocked at Caliente Boulevard after police stopped the suspect in a silver Nissan Versa.

The chase started at La Media and Otay Lakes roads after the driver ran a red light and sideswiped a marked Border Patrol vehicle parked in the area, U.S. Border Patrol said. 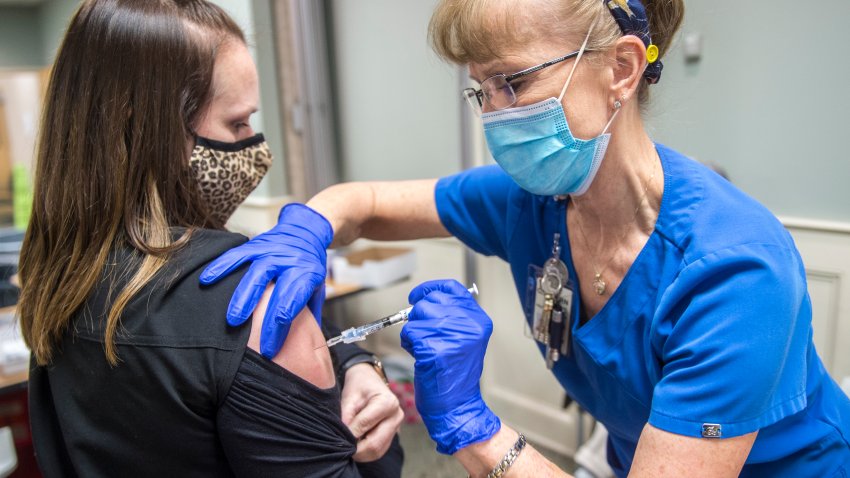 Teachers, Police, Some Others Can Get Vaccine Starting Saturday: County

The woman took off and at some point sideswiped a semi-truck, officials said.

The California Highway Patrol said the suspect's vehicle was stopped on the westbound shoulder of SR-905, east of Caliente Boulevard.

A toddler inside the Nissan was taken to a local hospital.  The driver was arrested.

The incident cause heavy traffic backup on westbound SR-905 during the investigation.