In a co-production between two San Diego high schools, local students are telling the stories of immigrants who have faced deportation and separation.

“Letters From the Wall” is an original play by native San Diegan Dave Rivas. The play is a series of vignettes, acting out a series of six letters sent by immigrants to the Border Angels, a humanitarian group that supports immigrant issues.

“[Co-director] Linda [Libby] alerted me to this play,” co-director Kim Strassburger told NBC 7 over the phone. “We read it and we thought … it would be a wonderful chance for us to collaborate again – but with our school population to tell the stories of many of our students … Theater is about exposing the human condition, and we thought it was a very powerful play that rises to show the humanity of people trying to come across, trying to show the humanity of immigrants rather than it being a name on a list.” 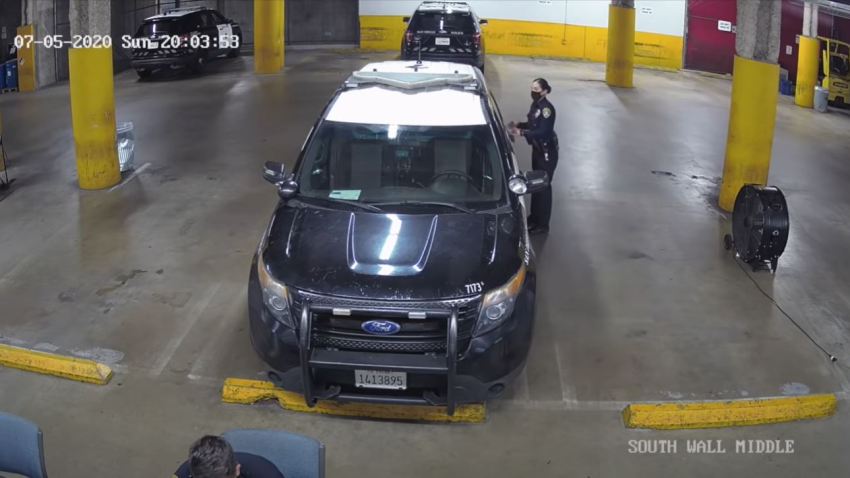 The Coronado School of the Arts and Bayfront Charter High School in Chula Vista will perform the play this weekend and next weekend – first in Coronado and lastly in Chula Vista. The cast is made up of students from each school.

Strassburger says that although the themes of the play hit home for many of the students, it is not political in its intent.

“People will come to it with their own set of beliefs,” she said. “Our point is not to get into the politics. The point of the play is to tell the true stories because the play is based on true letters that were written to the founder of Border Angels, Enrique Morones. It gives faces to these immigrants, but what you see on stage is true stories … People can take from it what they will.”

Over the years, Strassburger said, Morones has received hundreds of letters from immigrants. Morones approached Rivas about writing a play based on the letters and he chose six to weave the story.

One of the vignettes in the play is called “Muddy Shoes.”

“It’s about a brother and sister who, when they were both 11, their parents tried to bring them across the border from Tijuana to San Diego,” Strassburger said. “They tried to cross in the desert during a rainstorm. The younger brother, because they were poor, was actually wearing carpet on his shoes instead of real shoes. So while he’s trying to cross the border he falls behind because he gets stuck in the mud. Dad stays with him to try to get him out of the mud. Mother and daughter go ahead, and as they’re struggling, Border Patrol comes and they are taken into custody – and mother and daughter and brother and father are separated for 30 years.”

Strassburger said the brother and sister were able to finally reunite at Friendship Park on the one day a year the Border Patrol allows separated families to meet for Dia de Los Ninos (Children’s Day).

“Finally they were able to reunite after 30 years – brother and sister,” she said. “Brother had grown very ill in that time, and so they were able to meet once, see sister’s two new little kids, and brother had to go back to Mexico and then died three weeks later.”

She said all of the letters in the play have bittersweet endings, but they are important stories to tell.

“The kids [in the cast] are amazing,” she added. “They are learning from this. They are growing from this. They have been unbelievably mature dealing with this. They’re thoughtful. This is no average high school production … This show has some meaning and the kids have grown doing it … And I guess for someone who teaches theater that’s what we aim to do.”