TIJUANA, Mexico -- Mexican officials say gunmen opened fire on a government office near Tijuana, possibly in retaliation for the arrest of a man accused of dissolving some 300 people in acid.

Monday's pre-dawn attack on the La Mision police station  damaged the facade of the building on the highway between Tijuana and Ensenada. At least five parked patrol cars were also shot up.

State prosecutors said in a statement that they found nearly 200 bullet casings at the scene. Two cars reported stolen in California were discovered abandoned nearby and appear to have been used in the shooting. SignonSanDiego.com is reporting that the vehicles were a Chevrolet SUV and a pickup. 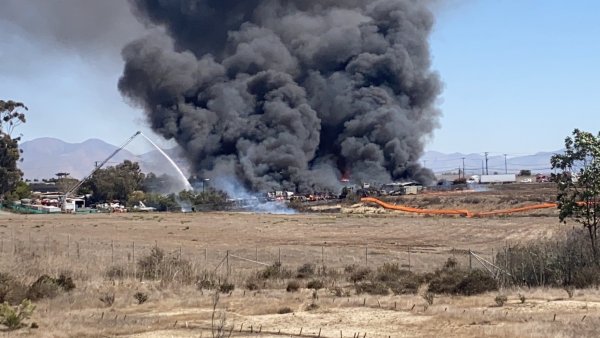 Santiago Meza Lopez was held at the same office last week before being sent to Mexico City. He is accused of disposing of bodies for drug gangs