"It's one of the greatest community gatherings that I've personally witnessed," said Shaughnessy

One of the moderators of a private Facebook page for active and retired U.S. military service members is defending the group after facing criticism over inappropriate and lewd comments posted to the social media page.

The so-called "Mendleton" Facebook page started a few years ago as a locally-based social media group for service members around Camp Pendleton. Currently, it has over 37,000 members from across the nation.

Patrick Shaughnessy, 26, a moderator for the Facebook page, said he has generally received praise for creating the page, considered by many to be a supportive outlet for the military community.

"It's one of the greatest community gatherings that I've personally witnessed," said Shaughnessy. "From the veteran community, we've received nothing but praise."

Shaughnessy describes the page as an online platform where service members can connect, share jokes and vent. They can also address more serious issues like Post Traumatic Stress Disorder (PTSD) and most importantly, suicide prevention.

When a member of the Facebook group posted a picture implying he was going to kill himself, Shaughnessy said the online community didn't waste time.

"Within a half-hour, we had gotten people to him," said Shaughnessy. "He was in the middle of the forest. We were on the phone with a sheriff [deputy] standing over him." 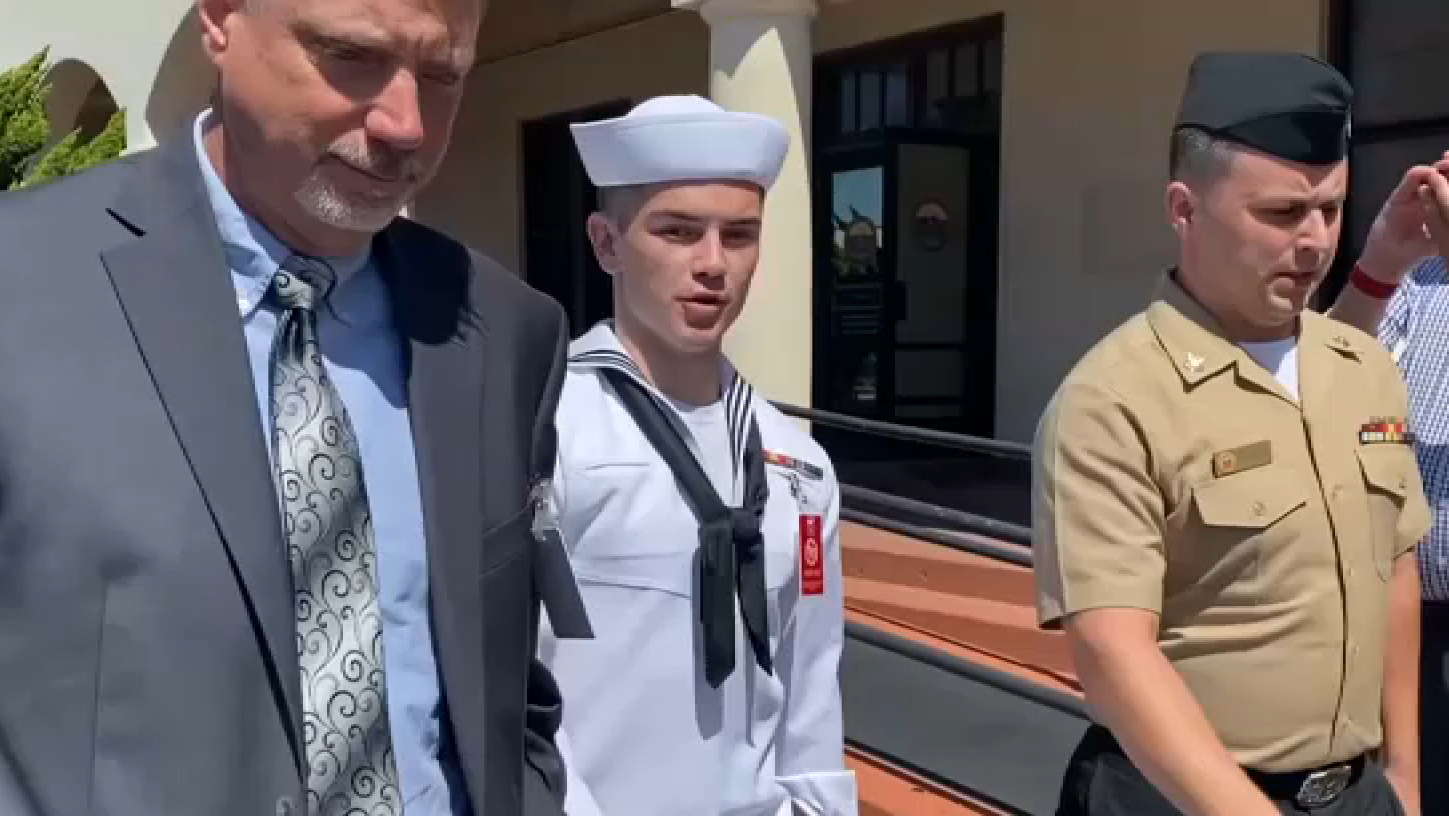 The social media page recently garnered negative attention for some crude and sexually suggestive comments about a disabled woman and a teenage girl.

The group's administrators said some disturbing comments are bound to fall through the cracks.

"As soon as we are made aware of the comments or posts, or anything that's inappropriate or shines a bad light on the person and the page, it's gone," said Shaughnessy. "None of us have any control over that. It's more of a societal issue."

The page is not directly connected to Camp Pendleton. It's managed by a group of young veterans, most of whom are in their mid 20s and early 30s.

Camp Pendleton issued a statement to NBC 7 about the "Mendleton" Facebook page and the group that manages it.

"They have the ability to police, ban [and] shut down derogatory information on their closed site," said Carl Redding, a spokesman for Camp Pendleton.

Back in March, a nationwide scandal broke when marines posted nude and compromising photographs of their female colleagues on a Facebook page titled 'Marines United.'

The controversy led the Marine Corps to update its social media guidelines with harsher consequences for online misconduct.

"Any active duty Marine found to be engaging in inappropriate activity will be investigated and held accountable by their commands if found guilty. If active duty Marines are participating in derogatory behavior online they are violating the UCMJ and what it means to be a Marine and a good citizen of this county."

Camp Pendleton officials also highlighted that they cannot punish those who are not on active duty.

"I can't think of a certain situation where 'Mendleton' has been mentioned in a negative light," said Shaughnessy. "We really do do our best to make sure those comments are deleted immediately."