The day Filner allegedly grabbed her and kissed her on the lips, Peggy Shannon said she went home and cried

A great-grandmother claims San Diego Mayor Bob Filner kissed her on her lips, repeatedly asked her out and called her "his girl" while she worked at City Hall.

Peggy Shannon, 67, appeared Thursday with attorney Gloria Allred in downtown San Diego to announce she has filed a sexual harassment claim with the state against Mayor Filner. 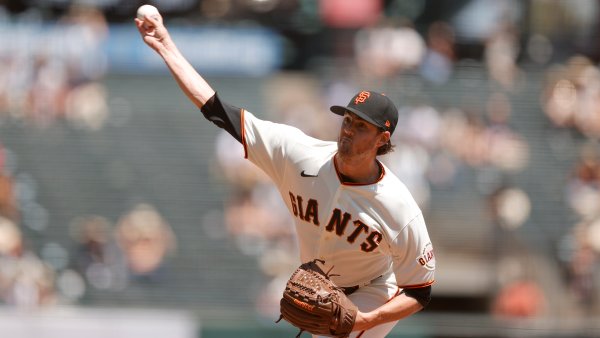 After Mayor Filner was elected but before he was inaugurated, Shannon claims Filner would stop by the Senior Citizens Service Desk in the lobby of San Diego City Hall.

In January, she said his behavior became worse, stopping by several times a day to ask her out.

"My co-workers and I would laugh about it at first," she said. "But when it kept happening and it got more and more inappropriate, it was not funny any more."

The mayor would routinely stop at her desk and ask her to feel his hands. When she refused, he’d grab them: “See, my hands are smooth” she claims he would say.

Shannon worked 3 to 4 days a week at the desk and admitted she would sometimes consider hiding to avoid the mayor.

The day Filner allegedly grabbed her and kissed her on the lips, Shannon said she went home and cried.

"I was not sure how to take this contact but it was very disturbing to me," Shannon said, adding that he was the mayor and she was just a part-time employee. She said she felt trapped and powerless.

Once the mayor allegedly asked her, “Do you think I can go 8 hours straight,” implying his sexual prowess.

She replied, "Are you kidding?" to which he said "No I can go eight hours," Allred claimed. Shannon told her co-worker and supervisor what the mayor had said, according to her attorney.

"Every day I went to work I had butterflies in my stomach because I did not know what was going to happen the next time the mayor came by my desk,” Shannon said.

On July 18, Shannon filed with Equal Employment Investigations Office, claiming that Mayor Filner had sexually harassed her. She received a response that her allegations would be reviewed. She has yet to receive a letter of apology from Mayor Filner, Allred said.

After the media coverage of that lawsuit, Shannon claimed Filner walked by her desk, put his finger up to his lips and motioned for her to be quiet.

Shannon said she believes the mayor should resign immediately.

Filner has refused to resign despite a growing number of local, state and federal officials demanding he step down. He is currently facing a federal and state investigation, an investigation by the San Diego County Sheriff’s Department and the civil lawsuit brought by McCormack Jackson.

Allred forwarded a complaint from Tyler, a Veterans Affairs vocational nurse who claimed Filner wanted her to agree to date him in exchange for helping a wounded Marine get help with the VA.

Shannon's claim is significant because of when and where it occurred, her attorney said.

Allred also claimed more women have contacted her about the mayor but have not spoken out in public for a variety of reasons.