Leslie Furcron, 59, was treated in an intensive care unit under a medically-induced coma

A woman who was hospitalized after being shot with an anti-crowd projectile during a protest last month in La Mesa has filed court papers seeking to force the La Mesa Police Department to release the involved officer's name.

The petition asks that a San Diego Superior Court judge order the city of La Mesa and the police department to produce the name of the officer who fired the projectile at 59-year-old Leslie Furcron on the night of May
30.

The department has not released the officer's name, though La Mesa police Chief Walt Vasquez issued a statement earlier this month assuring Furcron, "her family and the public that this unfortunate incident will be fully investigated, to include an in-depth look at our crowd control practices.''

The city and police department could not immediately be reached for comment on the petition filed Friday.

Furcron was outside LMPD headquarters with a crowd of fellow protesters demonstrating for equality and against police brutality when she was struck in the forehead by what her attorney, Dante Pride, described as a "flying blackjack'' and a "metal projectile bean bag,''  leaving her hospitalized in an intensive-care unit in a medically induced coma.

The petition states that Furcron suffered "multiple facial fractures,'' has not yet regained sight in her left eye, and "will face a lifetime of recovery from the injuries.''

The petition alleges the La Mesa Police Department declined to disclose records that included the officer's name following a California Public Records Act request from Furcron's attorneys, citing an ongoing investigation and findings that releasing the name could endanger the officer's safety.

The petitioner argues that courts have held that releasing officer names in such instances "is in the best interest of justice.'' It also states that Furcron's "right to pursue justice for the violence committed against her'' outweighs the officer's fears and that the department has not provided "any evidence of threats from the public to corroborate the officer's fears.''

Pride and Furcron's family have publicly stated that they want the officer to be identified, fired and criminally charged. 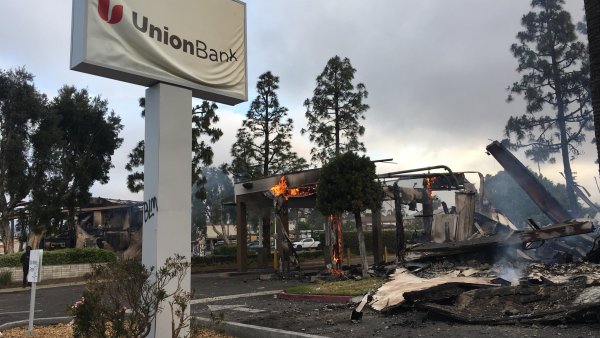