One of the few original movie houses left in San Diego is open again for business after a $3 million renovation.

The Village Theatre on Coronado Island, closed for 10 years during its renovation, reopened its doors Thursday.

The site was once the happening place for date nights and movie premieres. 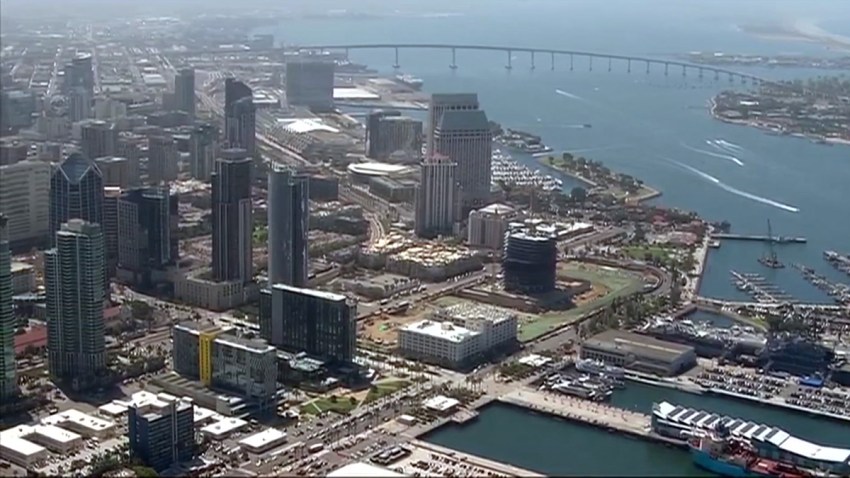 However, in recent years, it was nothing more than a run-down,
worn-out cinema.

Something had to be done with this aged theatre so that the Coronado community could enjoy it once again.

The year 2000 was the perfect time to shut the theatre down and get to work.

"The seat's were ripped and torn, the springs popped through and hit you,” said Ditler. “When you came in you had to get there early... pretty much everybody knew which seats not to sit in."

Thanks to L.A.’s Vintage Cinemas, a theatre company, The Village Theatre in Coronado has been revamped into a gorgeous picture house with the feel of an old-fashioned Hollywood cinema.

"What the theatre people have done is they've tried to make this available to as many Coronado people as possible," Ditler said.

A sidewalk ticket booth and a huge neon “Village” sign and marquee make The Village Theatre quite the spectacle.

For the Grand Opening, organizers screened an Oscar-winning short film about the first 100 years of motion pictures. Fresh popcorn was handed out accompanied by soda as people entered the building.

The Village Theatre contains three theatres. The main theatre, with its beautiful red velvet curtain, seats up to 195 people. Two new theatres seat up to 45 people.

Accompanying the spacious seating was the most up-to-date sound equipment, Sony digital cinema and Dolby 6 Channel Digital Sound. "The sound is something like I've never heard before," Ditler shared.

Each theatre features majestic 3D murals of key landmarks of San Diego by Disney muralist Bill Anderson. The glow in the dark accents of the murals appeared to leap off the walls in the dimmed theatres.