Former football player Fred Dean began his career with the San Diego Chargers in 1975 and ended it in the Hall of Fame after being named an All-Pro twice and making four Pro Bowls.

Former San Diego Chargers player and Hall of Famer Fred Dean died Wednesday night after he was hospitalized with COVID-19. He was 68.

His death was confirmed Thursday by the Pro Football Hall of Fame in Canton, Ohio. Dean was hospitalized last week with the coronavirus and was on a ventilator and in intensive care, according to former teammate Dwight Hicks.

Dean was an undersized pass rusher who began his career as a second-round pick with the San Diego Chargers in 1975 and ended it in the Hall of Fame after being named an All-Pro twice and making four Pro Bowls.

After being drafted by the Chargers, he starred on the defensive line for his 141-game career. The late athlete had impeccable speed and strength, making him a fearsome pass rusher.

NBC 7’s longtime sportscaster Jim “Laz” Laslavic – who retired last year – was Dean’s teammate on the Chargers back in the day – when the Chargers still represented San Diego. They played defense together.

Dean dedicated his career to the former San Diego sports team until 1981, when he was then moved to the San Francisco 49ers through 1985.

Dean was an All-Pro for the Chargers in 1980 but had his biggest impact after being traded to San Francisco during the 1981 season.

“While it cannot be said that Fred Dean’s greatness as an NFL player began when he came to the 49ers in 1981, I can say as the owner of the team that the greatness of the 49ers began with Fred Dean’s arrival in San Francisco,” former 49ers owner Eddie DeBartolo said when he introduced Haley at his Hall of Fame induction.

More on the local athletic world. 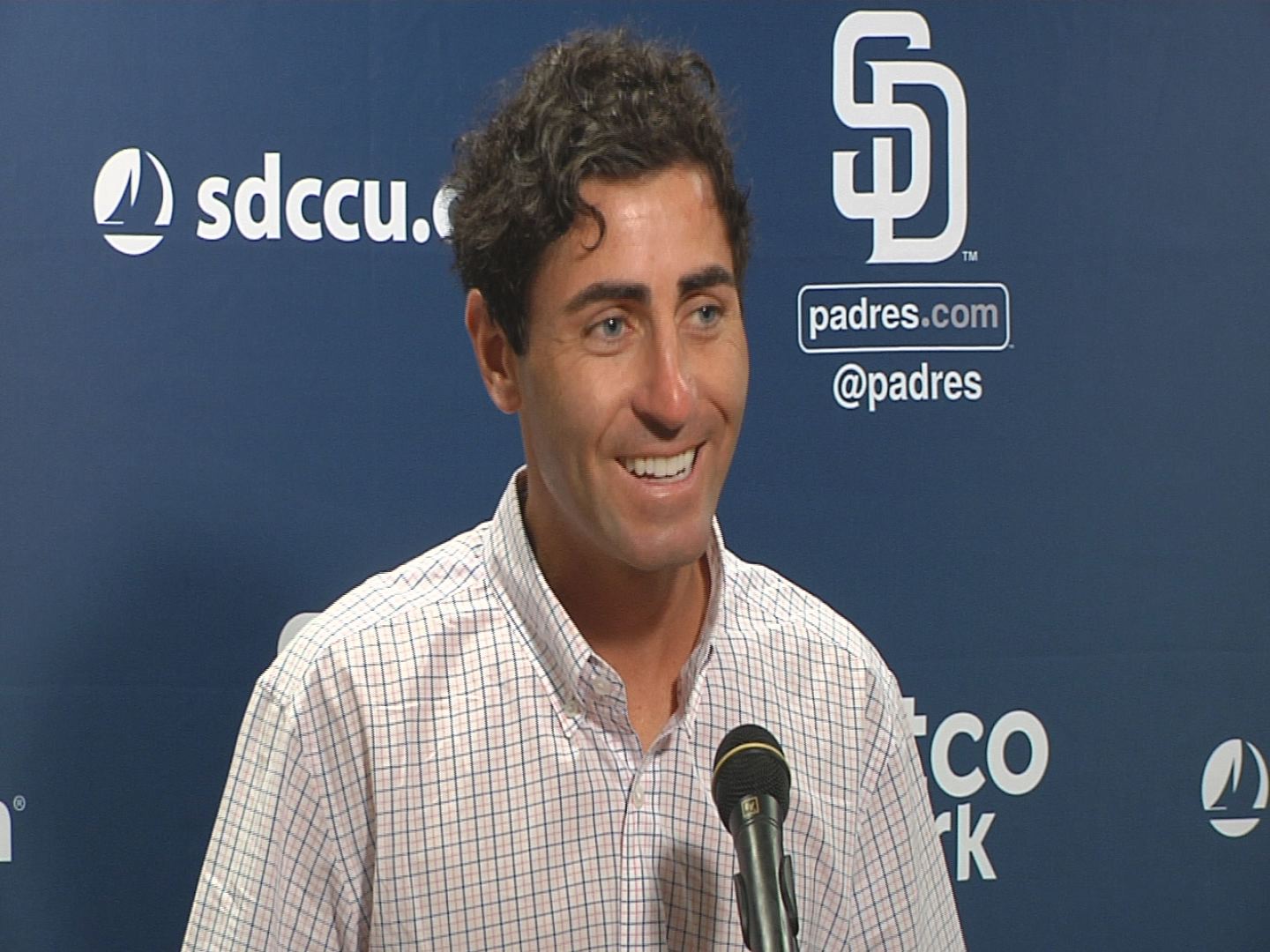 SDSU to Host March Madness First and Second Rounds In 2026

Dean’s career in San Diego ended in a contract dispute in 1981 and he was traded to San Francisco in October.

He credited the trade for reviving his career.

“I actually stepped on the other side for a minute, breathed in the air, looked at it as a rainbow,” he said before being inducted into the Hall of Fame. “I made it to the other side of the rainbow. For me, that was the pot of gold. It was a different lifestyle for me altogether. I felt free to perform once I got there.”

The Niners were just starting to take off under coach Bill Walsh and quarterback Joe Montana and Dean was the final piece they needed to become champions.

The Niners were 3-2 when Dean arrived with hopes of ending an eight-year playoff drought. After only a couple of practices, Dean played his first game with the Niners just days after arriving against Dallas.

“Bill Walsh told me they hadn’t beat ’em in a while,” Dean recalled. “It was in the paper and everything about how they had not. For me, it was a platform for me to prove a point, that I still had it and could do it.”

He did just that, dominating Dallas’ offensive line in a 45-14 win that proved to be the difference in giving San Francisco home-field advantage in the playoffs.

Sacks were not an official statistic yet, but Dean reportedly had 2 1/2 in that game, as well as several other pressures and penalties drawn.

San Francisco then won the rematch with the Cowboys three months later in the NFC title game 28-27 thanks to “The Catch” by Dwight Clark on a pass from Montana. The Niners won their first Super Bowl two weeks later against Cincinnati.

Dean had seven sacks, 93 tackles and four fumble recoveries in his rookie year. His career sacks total near 100, but the number is unofficial because sacks were not an official NFL statistic until 1982.

“He exemplified many of the values learned from this great game — commitment, integrity, courage — over the course of his life,” Hall of Fame President and CEO David Baker said.

Dean was inducted into the shrine in 2008.