A young San Diego girl proved she had whipped cancer by dancing to Silento’s “Whip/Nae Nae” during a surprise flash mob organized by family and friends Thursday.

Madi Taylor, 12, is nearing the end of a long, tiresome road. The Poway girl was diagnosed with Ewing Sarcoma, a type of bone cancer, in 2014.

As she began undergoing treatment, her family became the victims of a cancer charity CEO who stole the money raised on the Taylors’ behalf. 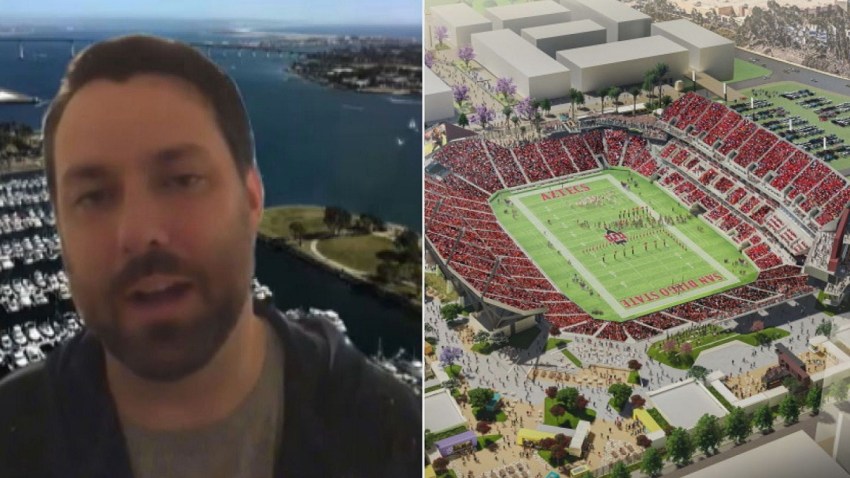 But this week, Madi entered the last cycle of chemotherapy to send her cancer into remission, so her friends put together a special way to celebrate.

Knowing she enjoyed dancing with the nurses at Rady Children’s Hospital, the group organized a flash mob outside the medical center.

A surprised Madi, clad in a giraffe-print onesie, emerged Thursday to find two friends dancing to one of her favorite songs, “Whip/Nae Nae.” Those two became four, then six, then 10, and soon, a large group of dancers had assembled, including nurses from the hospital.

Madi quickly shook off the surprise and happily joined in the dance, with her IV in tow.

Madi's family was one of many taken advantage of by WishWarriors CEO Brianna King. The Taylors agreed to be featured by the cancer charity to help it raise money. In exchange, Madi was supposed to receive some financial help with her medical bills.

However, after an NBC 7 investigation, the charity's board realized all the money raised had disappeared, taken by King for her own uses.