A former employee for San Diego County Supervisor Dave Roberts is accusing him of misusing public funds, using county money to pursue a personal relationship and retaliating against employees who spoke up against these alleged practices, according to a wrongful termination claim obtained by NBC 7 Investigates.

Roberts’ former manager and scheduler Diane Porter made the serious allegations in a claim filed Wednesday against San Diego County by her attorney Christopher Morris.

The suit details how former Chief of Staff Glynnis Vaughan, whose resignation triggered the NBC 7 investigation into Roberts, had attempted to educate staff about the "appropriate use of public funds."

When the staff began to implement suggested changes, Porter said Roberts pushed back. According to the claim, he subjected staff to "severe mistreatment, including ridicule, angry outbursts and veiled termination threats."

In the claim, Porter said Roberts would use county resources for "purely campaign related activities." Those activities include:

According to the claim, the supervisor told Porter to forbid anyone to use the cards and to put the cards in his office in a closed drawer. Shortly after, Porter was asked to take the cards home.

Porter later called Roberts to ask him what to do with them. "He's like, 'Well, I showed them to a couple friends and they feel they look political and they said they hope I didn't spend county money on them, so why don't you just make them disappear?'" said Porter.

She instead kept the cards, which she showed NBC 7 Investigates on Wednesday. A "great source of consternation and turmoil" among the staff was a "special relationship between Mr. Roberts and a staffer by the name of Harold Meza,” according to the claim.

Meza, who worked as a Starbucks barista while getting a Bachelor's Degree in history, joined Roberts' office as an intern. Eleven months later, he took on a staff position last July, according to Roberts' current chief of staff.

Porter's claim lays out how the staff viewed their relationship as an "inappropriate personal relationship publicly carried on between a subordinate and supervisor.” Both Vaughan and Porter felt the relationship was done on county time using county resources, according to the claim.

"When you allow your relationship to affect that many people," Porter told NBC 7 Investigates, "and you can’t see that that’s what’s causing all the problems in the office, and you’re allowing one person to just do nothing during the day and take home a paycheck, and then you’re paying him to drive but you’re getting money for your car because you’re supposed to be using your car, it’s just — it’s just not right.”

The claim details that Meza's "only" job was to chauffeur Roberts from event to event in a county car, even though Roberts received $1,000 a month for a county car allowance. Often these chauffeured events were campaign-related, the claim said, taking the supervisor to his consultant Tom Shepard’s office, as well as trips to his campaign headquarters.

In describing how Roberts used county funds to pursue a personal relationship, the allegations describe how the staff resented the "preferential treatment" given to Meza, who was a former Starbucks barista-turned-intern, who rose through the ranks in Roberts’ office. When staff would voice their concerns, the supervisor would "vehemently deny there was anything going on between him and Harold,” according to the claim.

Porter said she received a bouquet of flowers on her desk on Valentine’s Day. The card read "You are FABULOUS, Love, Harold and Dave.”

Porter also described a January 24, trip to the Colorado River for a tour of an aqueduct. Meza accompanied Roberts. On the expense report, Porter noted there was one room booked.

After the trip, Porter received a call from Roberts’ spouse, Wally. He asked if the supervisor had shared a room, so she confirmed what she had seen on the expense report: that Meza and Roberts shared a room. Later that week, Porter said Roberts told her, "We don't need to tell Wally everything now do we?”

According to the claim, another incident involved Meza and Roberts attending a Lion’s Club event in Brawley. Two hotel rooms were rented, but the suite was used as a hospitality room, while the other was a standard room shared by Roberts and Meza, Porter said. She gave NBC 7 Investigates an email from Roberts confirming the plans. Click here to see it.

Vaughan overheard Porter booking the rooms and confronted Roberts about sharing a room with a member of his staff.

Roberts would also tell Porter to pick up his laundry, drive his kids to school or baby-sit his children, she said in the claim.

On March 6, both Vaughan and Porter began discussing the poor performance of Meza. "And Dave heard us and he's like, 'What are you saying about my favorite?’" Porter said. "And Glynnis at that point said, 'You know what? If you want to hear what we have to say, we’re ready to tell you.'"

They took the conversation behind closed doors into the supervisor’s office and told him about their concerns regarding Meza. Roberts called Meza into the office to defend himself.

“It just turned into Dave telling us how wonderful Harold was and he’s amazing and he’s perfect. ‘He’s the best staffer I’ve ever had. Nobody else compares.’ And we’re like, ‘He doesn’t do anything. He drives you,'" said Porter.

Both Porter and Vaughan left the meeting, distraught and upset. In an interview with NBC 7 Investigates, former employee Brittany Shaw described how she witnessed the two women leaving the office crying.

According to the wrongful termination claim, when Vaughan and Porter complained to HR, they were told a short time later that Roberts knew they had visited the county’s human resources department. Porter said Roberts called her later that night and repeated, nearly verbatim, what she and Vaughan had said to HR.

"He (Roberts) coached her to go back to HR to withdraw her complaints, and to change her story completely," Christoper Morris, Porter's attorney, told NBC 7 Investigates. "When she refused, that’s when he got really ugly with her and mean-spirited."

Porter said HR first told her she would be transferred elsewhere in the county. But then, she was told she had to return to work in Roberts’ office.

On April 1, another Roberts' staffer called Porter with a warning. She said Roberts was planning on firing Porter because he blamed her for the problems in the office. The staffer told Porter she was offered the official deputy chief of staff position with a pay raise, and in exchange, she would have to go to HR and tell them Porter's reports were a lie.

"At one time when everyone was jumping ship, they tried to pin it on her as the problem child," Morris said. "I feel for her, what she went through. She was a dedicated employee, a 20-year-veteran of the Navy and had visions of doing the same for the county, and those dreams were shattered."

According to Morris, Porter has suffered both mentally and physically. The stress caused her eyes to swell shut and a strange rash to break out across her face. The anxiety from working in Roberts' office sent her to the emergency room twice, Morris said.

Her claim is now requesting a lump-sum payment of $250,000 to settle the case with the county.

The board of supervisors reassured taxpayers on Monday that any legal settlement made with Roberts’ former employees will be paid by Roberts’ personal funds, not public dollars.

Click here to see the complete statement by the board.

“I am disheartened to see the allegations contained in one former employee’s complaint that was filed with the County on Wednesday. This claim contains many inaccuracies. I am confident that if this matter advances further, the inaccuracies will be proven for what they are. As the allegations currently present a threat of litigation, I cannot discuss them further at this time.”

The board of supervisors has said an internal investigation into Roberts’ office has been conducted, and all five members were told of the findings. They said they could not comment on the allegations because of litigation threats. Roberts is the only Democrat on the five-member board. 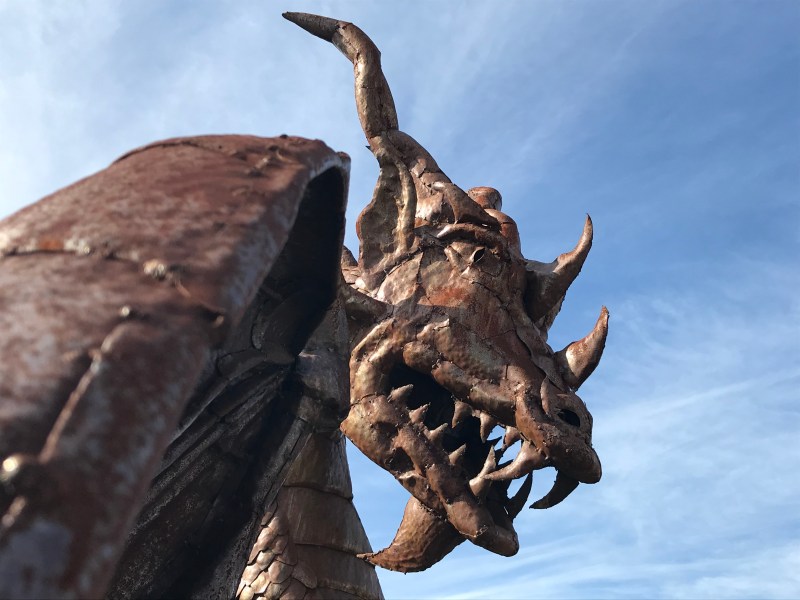 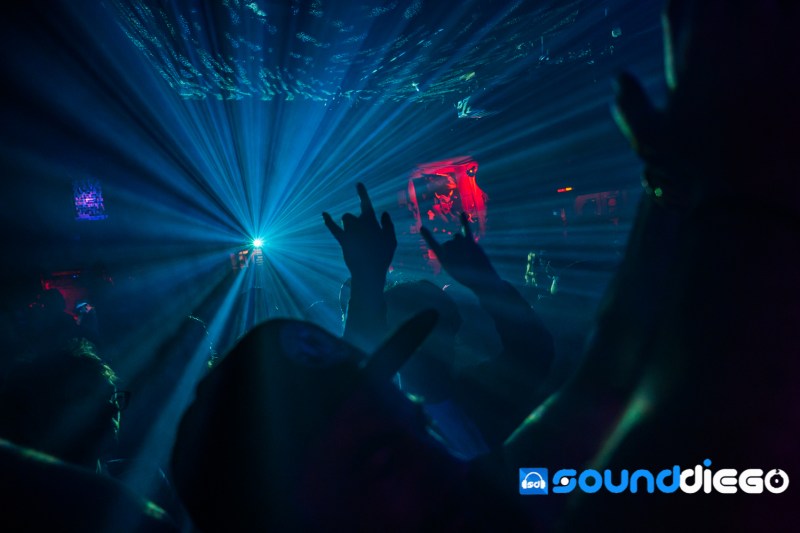 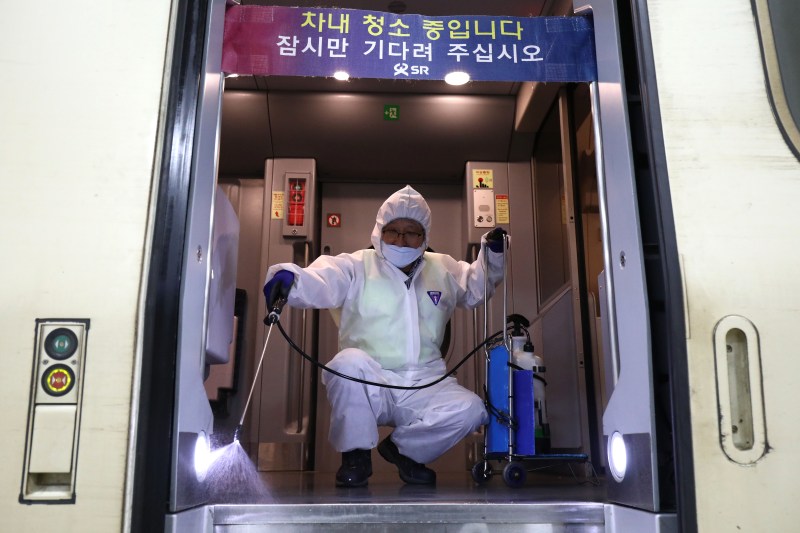 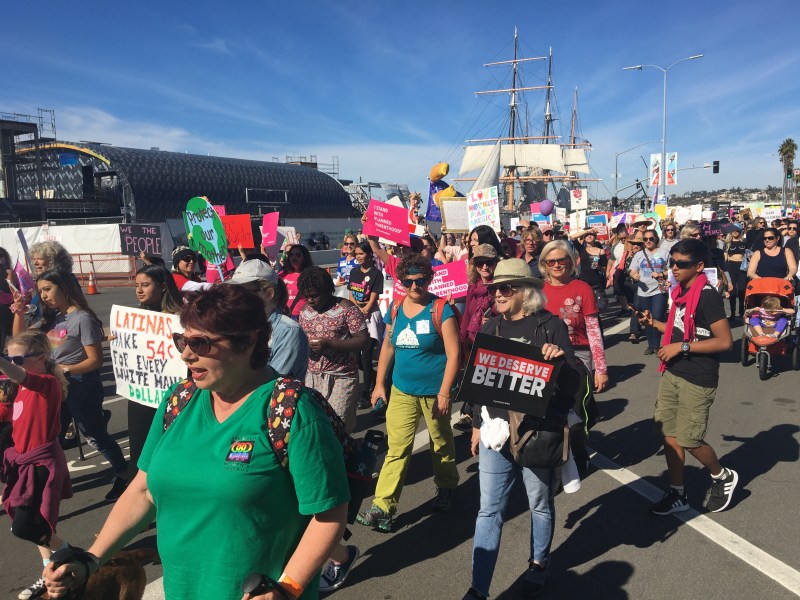