Jose Luis Navarro, 40, led officers on a pursuit that ended with police critically shooting him, according to police

San Diego police have identified the man who led authorities on an hour-long pursuit Thursday that ended with officers opening fire on the suspect in the Mt. Hope area.

According to SDPD officials, the man shot by police is 40-year-old Jose Luis Navarro of Lemon Grove.

On Saturday, Navarro was on life support at Scripps Mercy Hospital in Hillcrest. His family said he was shot twice in the head by officers during the pursuit. The family said they took Navarro off life support around 3 p.m. Saturday after finding a recipient for his organs. 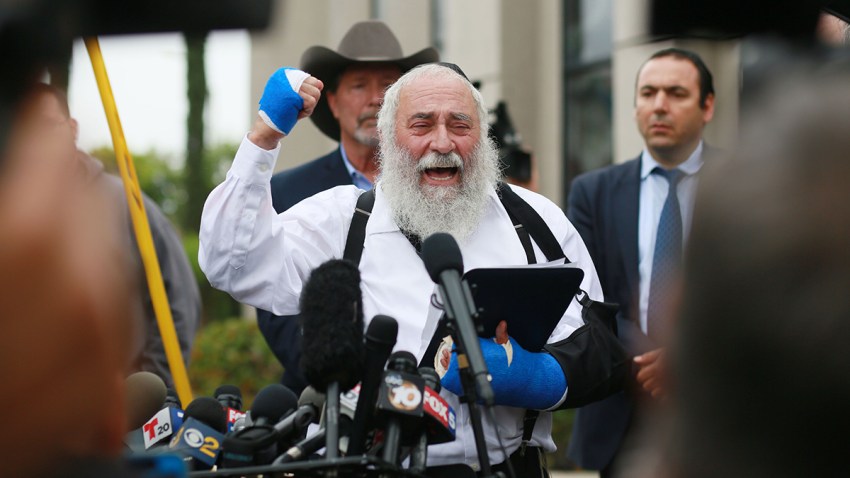 The sergeant attempted to pull over Navarro for the traffic violation and he yielded in the 5400-block of Grape Street. However, the suspect soon took off, and a police pursuit ensued.

Amid the chase, Lt. Mayer said officers learned the suspect vehicle was possibly wanted in connection with a shooting that happened Jan. 6 in the 4400-block of Logan Avenue in Logan Heights.

In that incident, two people were shot and suffered non-life-threatening injuries.

After driving for an hour through San Diego and National City, the chase came to a halt around 9:30 a.m. in the 800-block of 41st Street and Hilltop.

According to police, Navarro pointed a gun toward the officers. Four police officers fired shots at him, hitting the man at least four times.

In tense moments captured on tape by NBC 7, dozens of police officers swarmed the suspect's vehicle with guns drawn. Bullet holes could be seen on the red car's front windshield.

Minutes later, with the red car still surrounded by officers, the driver was pulled from the vehicle, falling onto the ground.

Navarro was taken to Scripps Mercy with life-threatening injuries, where he was later pronounced deceased.

Officials said no police officers were injured in the shooting.

Police found Navarro’s gun and drugs in the car. A woman who was riding in the vehicle with Navarro at one point was questioned by police as a witness. Investigators said the woman exited the car before the officer-involved shooting and was the one who told police Navarro was armed with a gun.

Navarro’s family admitted Navarro had a criminal past but insist he wasn’t a violent man. Police have not yet confirmed whether Navarro was linked to that Jan. 6 shooting in Logan Heights.