Less than 10,000 people -- all season ticket holders -- will be allowed in the stands in groups of two to six. Each pod will be spaced out from others and face coverings will be required

For the first time in more than a year, there will be people in the stands at Petco Park to watch the San Diego Padres play. And the news is to the excitement of not just fans but also to the staff who gets to welcome them back.

“Five hundred fifty-three days since a Padres fan has been at Petco Park to watch a baseball game," Padres CEO Erik Graupner said. "So, April 1 is going to be such a sweet day in San Diego to celebrate this team." 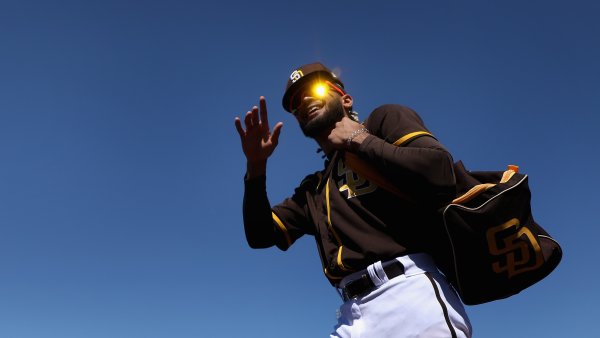 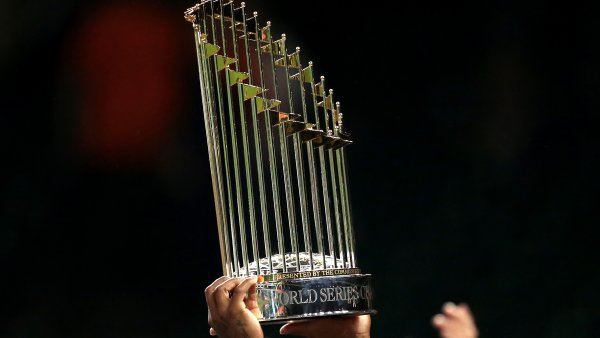 Having fans on MLB Opening Day means a lot more than just the return of baseball. It's a return to normalcy for the staff of Petco Park and to the fans who last season watched a title-contending team from the comfort of their homes.

And, the team is ready for it, too. Last season, crowd noise was pumped into the stadium over loudspeakers while the stands were filled with cardboard cutouts of fans wishing they could be there.

Padres utility player Wil Myers said it's something you can't get used to. He needs the crowd.

"It's going to be the loudest that it's been in Petco in a while, Machado said "I know the team is definitely excited, I'm getting goosebumps right now just talking about it and [I'm] ready to see everybody out there."

But while the return to Petco Park will feel like a revival after a long pandemic slumber, there will still be reminders that San Diego County is in the midst of fighting a deadly disease. Less than 10,000 people -- all season ticket holders -- will be allowed in the stands in groups of two to six. Each pod will be spaced out from others and face coverings will be required at all times when fans aren't actively eating or drinking, the San Diego Padres said.

"Our priority remains the health and safety of our fans," Greupner said. "We are confident that when we reopen Petco Park on Thursday and welcome our fans back home to Petco Park, it will be one of the safest places for our fans to be in San Diego."

Baseball season is back and with Petco Park finally reopening, the game day experience will look a bit different due to the coronavirus. NBC 7’s Nicole Gomez has more information on what fans need to know.

The San Diego Padres are hopeful that by the season's end, their 20% capacity limitations will be more than tripled. There is talk to create certain sections where people with proof of vaccinations could get their own seating, Greupner said.

"From a public policy perspective... we'll be able to continue to encourage all San Diegans to get vaccinated when they have the opportunity to go get vaccinated," Greupner said.

But all of that is a ways off and would rely on San Diego County greatly increasing vaccinations and lowering COVID-19 positivity rates to reach the coveted Orange Tier or lower.

Safety protocols, though, can't take away from fans' excitement for what is expected to be a riveting 2021 season. The San Diego Padres are coming off a record-breaking 2020 season, have more than doubled their player salary budget, and are actually predicted by some to be World Series contenders for the first time in a long time. (Not by NBC 7's Derek Togerson, though).

And, San Diegans stood by them then and will be back to celebrate with them now thanks to the sacrifices people have made to fight COVID-19 -- wearing masks, social distancing, washing hands and more, Mayor Todd Gloria said.

"This is in many ways a reward for what everyone has sacrificed over the last year," Mayor Todd Gloria said. "We will be able to be here in person this year because folks have done the right thing."

For one fan he couldn't wait to be back to cheer the Padres.

"It's been a year with no baseball. I love my Padres, so I had to be here," said George Santiesteban, a Padres fan and a ticket holder for opening day.

"I haven't been this excited since 98'. The championship against the Braves and I have the same adrenaline going," he told NBC 7.

Another fan told NBC 7 its been a year in the making.

"After a year of being at home, watching the games from home every single time, I got to come out to the bar and watch the games and represent the Padres," he said.

"My message to San Diegans is to keep it up because I know we don't have full capacity yet, but our continued diligence when it comes to following the public health order and getting people vaccinated is how we can fill Petco Park once again and do it safely."