Krystal Mitchell, 30, was found beaten and strangled during a visit to San Diego from Phoenix with her then-boyfriend

The former U.S. Marine who was arrested in El Salvador after landing on the U.S. Marshals’ 15 Most Wanted Fugitives pleaded not guilty on Friday to the murder of his girlfriend – more than six years after she was found dead in an Allied Gardens apartment.

Raymond "RJ" McLeod, 37, was arrested Monday and extradited to San Diego, where he faces a murder charge in connection with the killing of 30-year-old Krystal Mitchell. The victim was found beaten and strangled at an acquaintance’s home on June 10, 2016. The couple, who was from Phoenix, was in town visiting friends at the time.

Authorities received a tip that the defendant was teaching English at a school in Sonsonate, El Salvador, according to the San Diego County District Attorney’s Office. He was taken into custody from inside a classroom he was teaching in 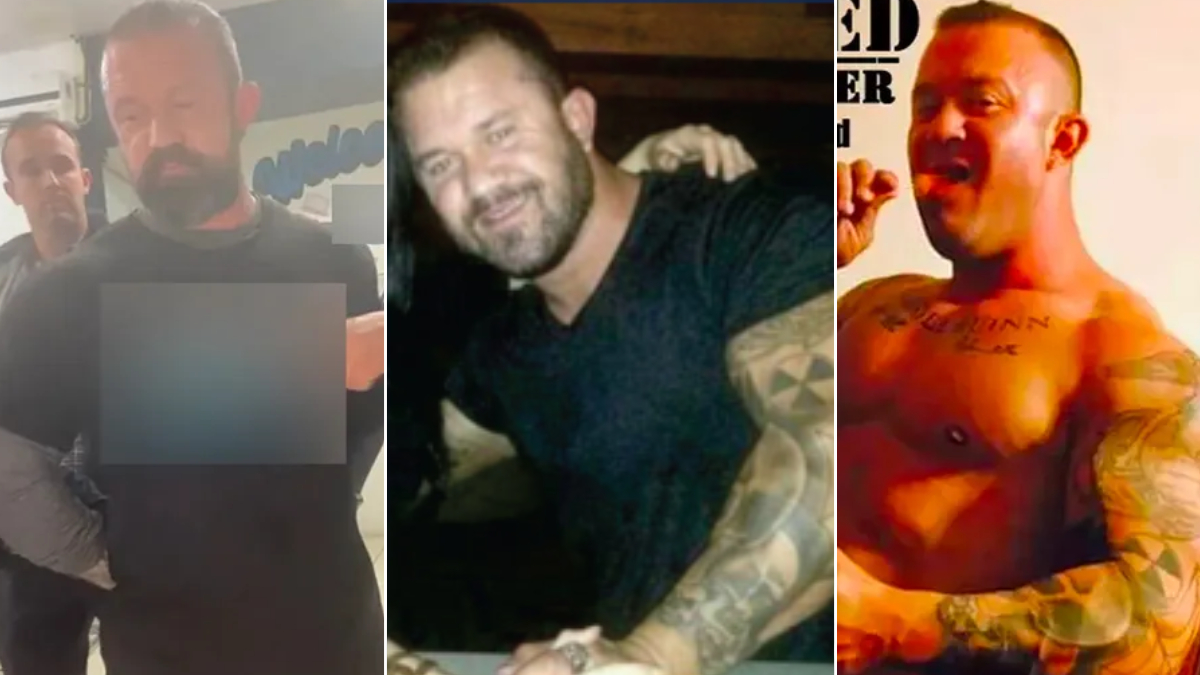 US Most Wanted Fugitive Arrested in El Salvador, to Face Murder Charge in San Diego County

"Yes! I got him. And he’s not getting away again," Wentzel said on Friday. "And he’s never going to be released from jail if I can have something to do with that."

The mother said she felt a variety of emotions during the arraignment for the defendant, who purposely avoided Wentzel's gaze as she tried numerous times to make eye contact with him.

"I will be satisfied when he is convicted for brutally murdering my daughter and is sentenced to life in prison," Wentzel said. "I will be as much involved as I was in the search to see this happen."

An arrest warrant from 2016 said McLeod and Mitchell were staying with McLeod's friend and his girlfriend in an apartment on Mission Gorge Road. It was McLeod's friend who found Mitchell dead on a bed in their apartment and called 911 the afternoon of June 10, 2016, the warrant said.

Overnight that day, McLeod and Mitchell were out at a bar, the warrant said. Detectives learned McLeod had gotten into a fight with a patron of the bar after the witness saw McLeod slap Mitchell, the arrest warrant stated.

Surveillance video showed McLeod and Mitchell return to the apartment complex later that morning. According to the arrest warrant, the video shows McLeod grabbing Mitchell by her throat and pulling her into the elevator. Blood was later found in the elevator, detectives said.

Mitchell's face and limbs had visible bruises and her eyes were swollen shut, the arrest warrant stated. Blood was strewn across the bedroom and guest bathroom.

According to the complaint, McLeod returned to the bar later that afternoon to pay his bill. Investigators believe McLeod then fled to Mexico later that day. His vehicle was later found at a San Diego Airport parking lot where a rental car and Mexican insurance was taken out in his name.

Wentzel worked tirelessly to locate McLeod and received numerous tips regarding the defendant. According to the mother, she was contacted by a woman in Guatemala who claimed the defendant beat her neighbor's daughter, was informed McLeod allegedly beat another woman in Belize, was told he's accused of bludgeoning a dog to death in Belize and was also informed he is suspected of killing an elderly hostile owner who was found dead with a broken neck.

The District Attorney's Office and U.S. Marshalls have not confirmed those allegations.

Prior to McLeod’s capture, authorities put out a reward of $50,000 for information leading to his arrest. Marshal Deputy O'Callaghan said officials in Washington D.C. are working on paying the reward for information that helped capture McLeod.