A former U.S. Border Patrol agent convicted of giving his daughter’s teenage friend cocaine and committing sex acts on the minor in a San Diego hotel will spend the next two years behind bars.

Daniel Alfredo Spear was sentenced Friday to 24 months in prison. He may be eligible for parole after he serves his time, a court clerk confirmed. 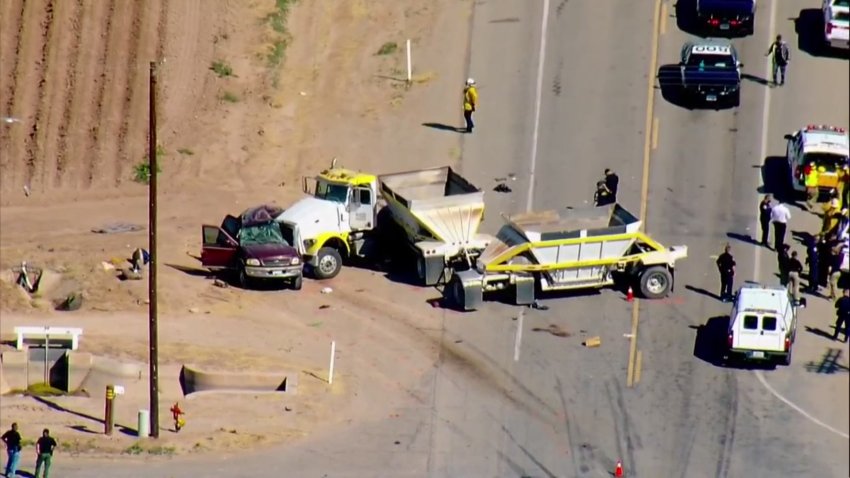 He committed the acts in October 2015 on a 17-year-old girl in a hotel room in Mission Bay. The victim was one of his daughter's friends.

At Spear's pretrial hearing in March 2016, the teenager took the stand as the prosecution’s key witness.

She testified that Spear brought cocaine, money, lingerie and a camera to the Dana Inn hotel on Mission Bay. After giving the teen the drugs, Spear allegedly took photos of the minor while performing sex acts on her. The teen also said Spear touched her inappropriately when she spent the night at his house during the Fourth of July in 2015.

San Diego Police Department (SDPD) detectives found more than 10 photos of the victim on Spear’s phone. Several of those pictures showed the teen posing in lingerie.

In the March 2016 pretrial, Spear’s attorney said Spear and his wife had given money to the teenager to pay for food and rent, as the teen was allegedly having problems with her mother. The attorney also questioned the minor about her medical condition, fibromyalgia, which she acknowledged affects her memory.

Ultimately, a judge ruled there was enough evidence for Spear to stand trial. During the course of the investigation, the U.S. Border Patrol placed Spear on paid administrative leave, and also launched an internal investigation.