The expectant mom arrived to the hospital but didn’t get further than the driveway.

A newborn boy is resting with his family after a wild ride and delivery that didn’t quite make it to Palomar Health Downtown Campus in Escondido.

The father, Ben Onia, said he was with friends Wednesday afternoon when his wife called him.

“Next thing you know she calls me and was like ‘We need to go now!’ he said recalling his gas tank was less than half full.

The couple lives in Bonsall and knew it was at least a 20 minute drive to the hospital. With 10 minutes still to go, the mother, Yvette Orozco, thought they weren’t going to make it. 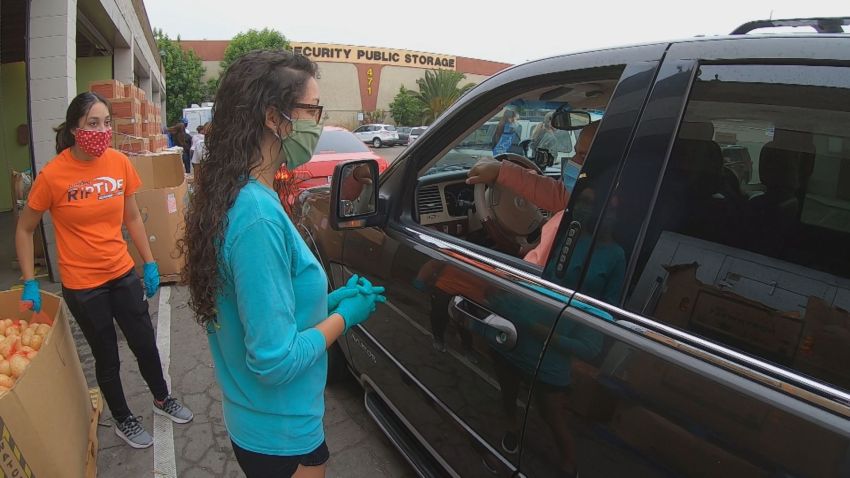 “Halfway there my water broke, and he kind of got lost,” she recalled.

“I got lost when I was exiting,” Onio agreed. “If you know me, you know I’m not the type of person who does well in situations like this.”

They arrived at the hospital with no time to spare, but didn’t get further than the driveway.

“First the security guard came out, and I was just screaming. I thought I was going to pass out. Actually for a moment I was going to throw up because I didn't know what to do because this baby's coming,” Onia described.

Out of all the doctors that could have passed by at that moment, there came Dr. David Tam from a meeting and in a suit nonetheless. Tam is the Chief Administrative Officer for Palomar Health Downtown Campus and Palomar Hospital.

“The last time I delivered a baby was back during my training days. I think that was 20 to 22 years ago when I was an intern, at Naval Hospital in Oakland, California,” Dr. Tam said.

Dr. Tam delivered the baby kneeling down next to the couple’s car. He said it was like riding a bike. Even with the extensive medical experience he has, he thought it was a “cool” experience.

“It really is, to be honest, a cool thing when we can offer ‘curbside deliver’ if you will. You know if an administrator can do it, the staff is fully trained,” he said. “At the end of the day it's doing this kind of stuff, delivering a baby, holding a patient and comforting the mom. That's really where most of us are happy doing what we do.”

Dr. Tam said the delivery went smoothly and the baby is in very good health.