“Twenty-two years is a long time, but it’s not long enough,” Stephanie said. “It’s really not.”

A Clairemont family is in mourning after a deadly motorcycle accident left 41-year-old Eric Findley dead back in December.

The father of five was on his way to visit his wife at work when he collided with a pick-up truck on West Bernardo Road in Rancho Bernardo.

Eric had the day off and was getting lunch for his wife, Stephanie, when the accident happened. When Eric didn’t show up to the office, Stephanie knew something was wrong.

The motorcycle and a pickup truck collided just before noon. 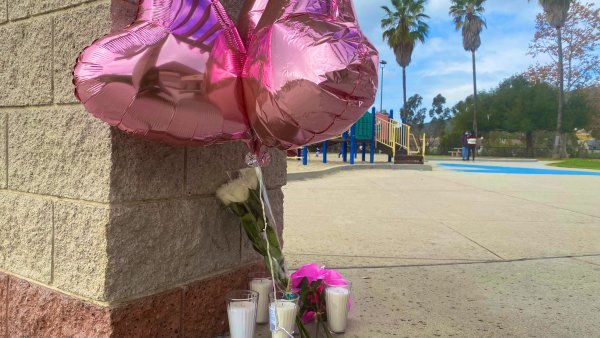 “I was like, 'OK, now I’m worried, I don’t know where you are. You’re not answering,'” said Stephanie.

The loss has been extremely difficult for Stephanie and her five children.

“I’m truly blessed because he was so amazing,” Stephanie told NBC 7.

Stephanie said Eric loved spending time with his children. From off-roading trips to vacations to Disneyland, the couple shared many fun memories during their 22 years together.

“Twenty-two years is a long time, but it’s not long enough,” Stephanie said. “It’s really not.”

Besides the emotional pain, Eric’s widow is now carrying a huge financial strain of losing the family’s primary provider.

Stephanie is worried she will have to move out of her home. She and her husband had just started considering life insurance.

“That conversation had just recently started, and unfortunately, we didn’t have anything into effect,” said Stephanie.

As she prepares for Eric’s funeral, Stephanie reminisced about the dreams she had with her best friend.

“He used to tell me, ‘We’re going to get grey and old, and we’re gonna have wheelchair races. We’re gonna race up and down the halls of the nursing home,’” Stephanie said.

She continued by talking about another promise they made to each other.

“‘If one of us goes before the other, I’m going to haunt you, and you better haunt me,’” she told NBC 7.

Now Stephanie and her family struggle to move forward without the loving man who would always put a smile on their face.

A GoFundMe page has been set up for Eric’s family.