The El Cajon Police Department released several clear, close-up photos Thursday of a man accused of attacking a jewelry store owner with a hatchet after his credit card was declined during a transaction.

The images – captured on the store’s surveillance camera – show a man who appears to be in his 20s approaching the sales counter at Hamlin’s Jewelers, a jewelry shop on Fletcher Parkway in El Cajon. The man has a thin build, slight beard and is wearing a plaid hat, large watch, dark pants and dark shirt.

In a couple of the photos, the man can be seen looking at jewelry items inside display cases while walking around the store. 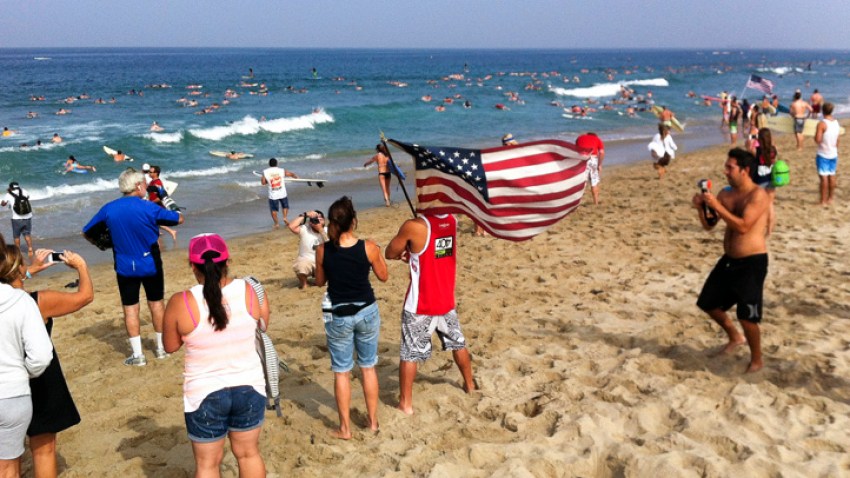 According to police, the man entered the business just before 3:30 p.m. on Wednesday on a ruse to buy merchandise. Minutes later, the man allegedly attacked the store owner with a hatchet, severely injuring him.

The victim told police that a credit card transaction had been taking place between him and the suspect. When the man’s credit card was declined, the victim said the man became angry and violent.

The victim said the man pulled out a hatchet that had a hammer head on one of the ends. He then allegedly struck the victim numerous times on the head with the hammer end of the hatchet.

After the blows, the victim fell behind the counter. Police said the victim then pulled out a small caliber handgun and pointed it at the suspect in self-defense.

At that point, police said the pair began fighting again as the suspect tried to grab the victim’s gun.

He was last seen getting into a Toyota 4-Runner, driving west on Fletcher Parkway.

Initially, police believed the getaway car was tan in color. However, on Thursday, investigators said the Toyota 4-Runner is now believed to possibly be silver in color. Police said the car may have been driven by an unidentified accomplice of the suspect.

The jewelry store owner suffered multiple head injuries in the assault. He was transported to a local hospital for treatment.

On Thursday, police confirmed the victim’s injuries were “significant and more severe” than initially reported by authorities. The victim remains hospitalized in stable condition, police said.

Police said the suspect is believed to be armed and dangerous. Anyone with information regarding the man’s identity should contact the El Cajon Police Department at (619) 579-3311 or Crime Stoppers at (888) 580-TIPS. Tipsters can remain anonymous and may qualify for a $1,000 reward for information leading to an arrest.