As search and rescue teams from Los Angeles and Orange counties assessed damage in Ridgecrest where two back-to-back earthquakes rattled revelers during the Fourth of July holiday, Southern Californians managed to escape with minor injuries, and avoid major damage.

Urban search and rescue teams from the Los Angeles and Los Angeles County fire departments and Orange County Fire Authority were deployed Saturday morning in Ridgecrest to assist authorities there in assessing damage to homes and businesses following a magnitude 7.1 earthquake.

"These veteran LAFD responders are proud emissaries of the people of Los Angeles, and eager to leverage considerable skill in helping the people of Kern County,'' said Brian Humphrey of the Los Angeles Fire Department. 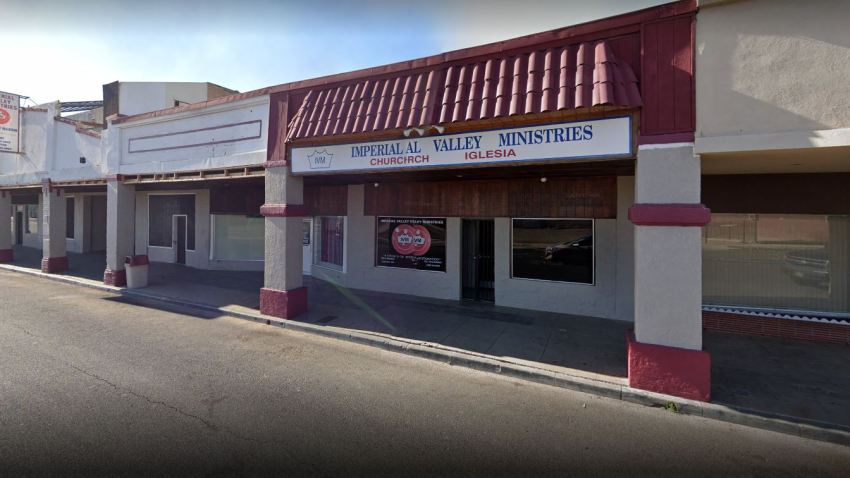 Gov. Gavin Newsom arrived in Ridgecrest to meet with city leaders Saturday afternoon, before speaking at a news conference.

The powerful quake struck about 8:16 p.m. Friday, about 9 miles west-southwest of Searles Valley and occurred on the same fault that produced a magnitude 6.4 foreshock on Thursday, according to the U.S. Geological Survey.

There were no reports of serious damage in Los Angeles and surrounding cities.

By early Saturday afternoon, all roads were open in the area, including Highway 178 after rocks fell on the roadway. Caltrans officials reminded drivers to proceed slowly.

Many aftershocks followed, the majority between magnitude 3 and 4.

In a Saturday morning news conference, Caltech seismologist Egill Hauksson said the probability that another 7.0-magnitude quake would hit dropped to 3%. That figure was down from 6% the day before.

More than 160 people went to the Ridgecrest Red Cross shelter after a couple major quakes shook the area. Christine Kim reports for NBC4 News at 6 p.m. on July 6, 2019.

There was a 27% chance of experiencing a 6.0, and residents would likely to see one or two at that magnitude in the next week. The pattern of the earthquakes showed them moving north, not south toward Los Angeles.

Seismologists say they anticipate between 240 and 410 quakes of magnitude 3 or higher.

"Prepare yourself for the next week to two weeks, this isn't going to stop in the near future,'' Ridgecrest Police Chief Jed McLaughlin told residents late Friday night.

Only minor injuries, cuts and bruises, were reported in Ridgecrest. The city's water system is intact without contamination and the hospital is under a shelter in place' order until the integrity of the building can be assessed, McLaughlin said.

Many residents of Ridgecrest were sleeping outside — fearful to be in their homes — choosing to be with their neighbors in their driveways and in the streets, according to Mayor Peggy Breeden.

"It is not an impossible task to take care of all of this, but it is going to be a larger task than we thought the other day,'' Breeden said.

More than 150 people were staying in a Red Cross shelter, which has a capacity of 500. The shelter is located at the Kerr McGee Community Center, at 100 W California Ave.

One home was broken into after the family evacuated, McLaughlin said.

Local businesses are cleaning up damages caused by an earthquake near Ridgecrest, CA. Christine Kim reports for NBC4 News on Saturday, July 6, 2019.

Officials reported cracked buildings and injuries in Kern and San Bernardino counties, but did not specify the extent.

At least 1,100 Southern California Edison customers in Ridgecrest were without power as of 3 a.m., the utility reported.

Los Angeles Department of Water and Power reported an outage in Encino that was suspected of being quake-related had knocked out power to 1,000 customers.

The earthquake was felt as far away as Las Vegas, forcing stoppage of an NBA Summer League game and at Dodger Stadium, where the Los Angeles Dodgers were facing the San Diego Padres. It was the largest in Southern California since a 7.1 quake in 1999 hit the Hector Mines area of the Mojave Desert.

In Ventura County, Naval Air Weapons Station China Lake was declared not mission-capable, according to a post on the base's Facebook page, although it remained accessible for mission-essential personnel only.

Structural damage near the epicenter of the 7.1 earthquake in Kern County is extensive. Kim Tobin reports on the NBC4 News at 6 p.m. in July 6, 2019.

Los Angeles Police Department Chief Michel Moore said there have been no reports of damage on the Metro rail system. Metrolink officials reported delays on various lines due to crews inspecting tracks throughout the system, but there were no immediate reports of damage.

Officials at Los Angeles International Airport said there are no initial reports of damage or injuries and no reports of any flight delays.

Theme park operators halted rides at Disneyland and Knott's Berry Farm, evacuating some rides for inspection following the undulating temblor. No damage was reported by the parks.

Anyone in Ridgecrest can report damage by calling Kern County Fire officials at 760-499-5083.