The fallen power line prompted SDG&E to shut off power to the house, also leaving five other houses in the neighborhood without power.

The collapsed power line fell onto the house, causing a dangerous hazard for the family and nearby neighbors, said SDSO deputies. It happened on the 1600 block of Colfax Drive, near Skyline Drive, at about 2 a.m. Monday.

Fortunately, no children were playing in the room when the truck crashed, and no one was hurt in the crash. The impact left a mess in the room, with the glass door leading to the playroom left shattered in pieces.

The woman who lives at the home says four months ago, a driver ran into a tree in their front yard; the toppled tree stopped her from going into their home. 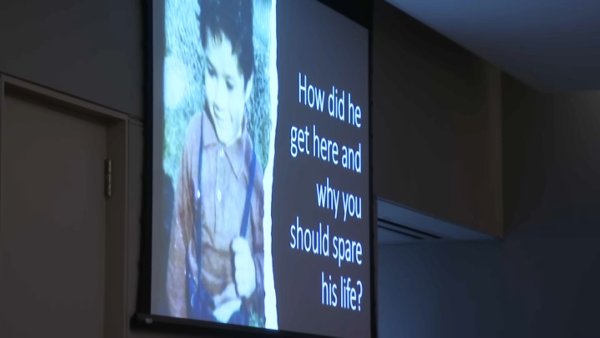 Now, they are planning to build a cement wall around the house for added protection.

A fallen power line prompted SDG&E to shut off power to the house, also leaving several other houses in the neighborhood without power, according to SDSO.

The pole has since been replaced, but crews do not have an estimated restoration time for the electricity.

The driver, Nathan Casaday, age 40, was arrested and booked into San Diego Central jail on a suspected DUI charge.

SDG&E crews are still working to make sure the area is safe before towing the truck. Red Cross will be helping the family find a temporary place to stay.