"I want audiences to come and see that even though we can be different, and we come from different places, the American experience is very similar," the director said.

The American immigrant experience takes center stage in The Old Globe's "Familiar," a new play by an award-winning playwright perhaps best known for her starring role in "Black Panther."

"Familiar", by Danai Gurira ("Eclipsed"), tells the story of African couple Donald and Marvelous and their daughter, who is set to get married soon. But when she insists on a traditional African wedding ceremony, tensions begin to rise.

When Director Edward Torres (The Old Globe's "Native Gardens") first saw the play several years ago, he loved it. When the opportunity came along to direct the play: "I was ecstatic," he told NBC 7. 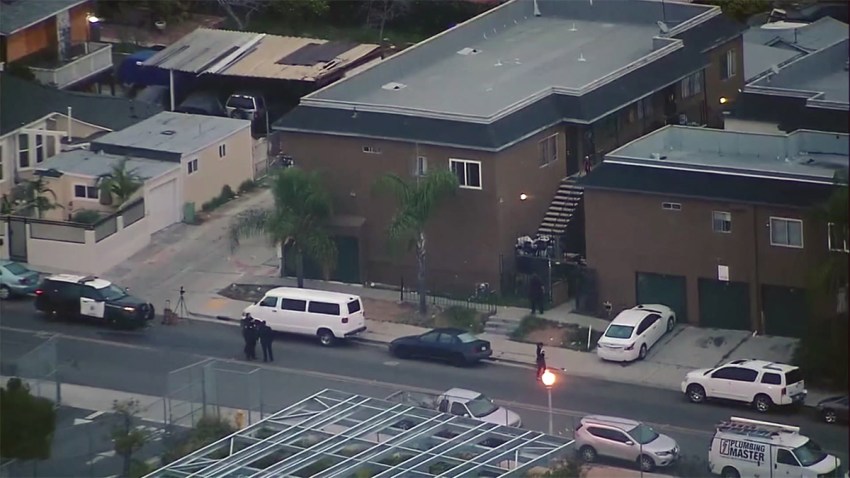 "What drew me in about her work is the passion she writes with," Torres said. "The fact that she's telling stories that matter and most of them are about the African culture."

Gurira, a Zimbabwean-American actress and playwright known for her roles in "Black Panther" and "The Walking Dead," picked Torres to direct the piece after talking with Torres and The Globe's Barry Edelstein.

"Familiar" speaks to him, Torres said, especially because of the way it explores the American immigrant experience. The play is beautifully written, Torres said; it's clear, smart and funny. Gurira's storytelling is detailed and precise.

"For me, what was great about (the play), and what's - pun intended - familiar about that to me, is my own parent's immigrant experience and my experience being first-generation Puerto Rican," Torres explained.

In many ways, Torres said, he felt audiences would be able to relate to the play - not because the play was telling their exact life story or experience, but because there were elements of the play that would ring true for many.

When Torres prepared to direct "Familiar," he sought advice from a friend, who helped him understand traditions, culture and family dynamics in Zimbabwe. He wanted to make sure he could direct the piece in a way that kept intact the importance of the culture and language -- especially given its specific references.

When theatergoers come and see "Familiar," Torres said, he hopes theatergoers take away a theme of universality, and an understanding of other cultures -- and a realization that there is no reason to fear other cultures, especially in this day and age.

"I want audiences to come and see that even though we can be different, and we come from different places, the American experience is very similar," Torres said.

"So that they understand that we are all kind of in the same boat," Torres continued. "This is a country of immigrants. This is an African story, this is a Black story, that is also very universal and can be applied to any culture here in the United States that's been part of the melting pot."

"Familiar" runs at The Old Globe from Jan. 26 to March 3. You can get tickets here.