A San Diego deputy accused of sexual misconduct by more than a dozen women was ordered by a judge Wednesday to stand trial.

Thirteen alleged victims testified in the preliminary hearing of San Diego County Sheriff's Deputy Richard Fischer. He’s pleaded not guilty to 15 criminal counts that include assault and battery under the color of authority. The alleged incidents happened between 2015 and 2017.

Each victim has accused the six-year veteran of the sheriff's department of kissing, hugging, and inappropriately touching them. 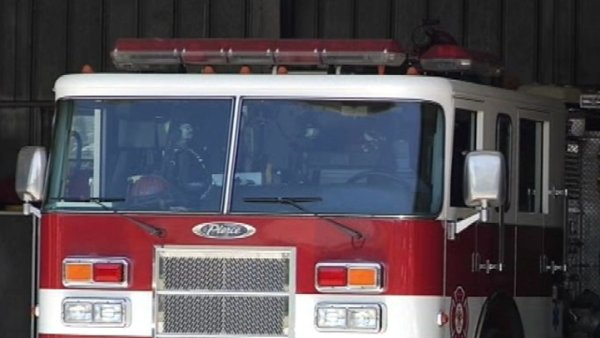 A 52-year-old woman who was living in her van at the time of her encounter with deputy Fischer said he fondled her and touched her breasts during two separate pat-downs. At the time, she was parked in an El Cajon parking lot.

“He had me turn around and instead of patting me with the hands, he was actually kind of fondling me and going over my body parts,” said the woman. The woman admitted to having a history of prior arrests and drug use.

Another alleged victim, a 54-year-old property manager in Vista says she was fearful of being raped after the deputy responded to a vandalism call at her home. She said the deputy came to her home on three separate occasions, each time asking for a hug.

“He gave me a hug, and then I shut the door because I have cats and I didn’t want them to get out. And then he started rubbing my back and my bottom,” said the woman. She said during one of the encounters, the deputy ‘grinded’ his crotch against hers.

Another alleged victim said the deputy searched her pockets during a traffic stop, brushing against her “vaginal parts."

And another woman said the deputy inappropriately hugged her twice after responding to a burglary call.

In each case, the women said they felt numb, violated, and in shock, but none of them reported the incidents until after seeing news reports of similar cases. The women said they were fearful of retaliation, or feared their story would not be believed by law enforcement.

During cross-examination by a defense attorney, each of the victims conceded they were never held against their will, and the deputy stopped the unwanted behavior when told to do so.

In all, 13-alleged victims are expected to testify during the preliminary hearing before a judge decides whether there is enough evidence to hold the deputy for trial.

Fischer was arrested and charged on Feb. 22. He pleaded not guilty to all charges and denied all allegations.

Three alleged victims testified during the first day of the hearing on Wednesday.

Charges against Fischer stem from incidents over a span of two years and four months with the earliest alleged incident happening in May 2015 and the most recent incident occurring in October 2017.

The DA's office said Fischer would return to victims' homes late at night after the call had been cleared from dispatch records and no other deputies were present.

Several times the unwanted touching and questioning occurred minutes or even hours after other deputies had left the scene, the women claim.

“These are simply allegations,” Fischer's defense attorney Richard Pinckard told Judge David Danielson during his arraignment. "Mr. Fischer has a very strong desire to go through this process to clear his name."

Fischer was placed on paid administrative leave in October when the first accusation surfaced.

After the criminal charges were filed, Fischer was placed on unpaid leave pending the outcome of the criminal case, Sheriff Bill Gore said.

Here are the charges and the dates and victims attached to those charges.

Read about the complaints here.

Ed. Note: A previous version of this article said the alleged incidents occurred between 2016 and 2018. The timeline has been corrected. We regret the error.