The cycling community is mourning the loss of a local cyclist who died in a crash at the San Diego Velodrome.

Jackie Price Dunn, 33, a newcomer to cycling, died from fatal injuries sustained in a crash while racing at the Velodrome in Balboa Park on Tuesday. Details of the fatal cycling crash have not yet been released.

According to a biography about Dunn posted on the website Crank Cycling, the amateur cyclist moved to San Diego in 2008 with her husband, who is a naval officer. The bio says Dunn took up cycling in 2012 after competing in her first-ever triathlon.

She began working with Crank Cycling coach Chris Daggs in December 2012, and had been actively riding and racing ever since. The bio says she had “recently added track racing to her repertoire” prior to her untimely death.

Dunn was part of the local Catalyst Racing Cycling Team.

Dunn’s coach and teammate, Brian Wilson, told NBC 7 that although Dunn was new to cycling, her enthusiasm for the sport was infectious. Wilson said Dunn had found a sport she loved dearly.

Wilson witnessed Dunn’s fatal crash at the Velodrome on Tuesday. He calls the incident a freak accident.

Dunn’s friends are choosing not to talk about the accident that took her life. Instead, they want to focus on who Dunn was when she was alive -- a bright, vivacious person.

Teammates say that once Dunn got on a bike, she became even more motivated and driven compared to other sports she had tried. Eventually, they say she began partaking in road races and had recently taken up track racing.

Friends also say Dunn inspired others to race, doubling the number of women on her team just by talking to riders about racing. 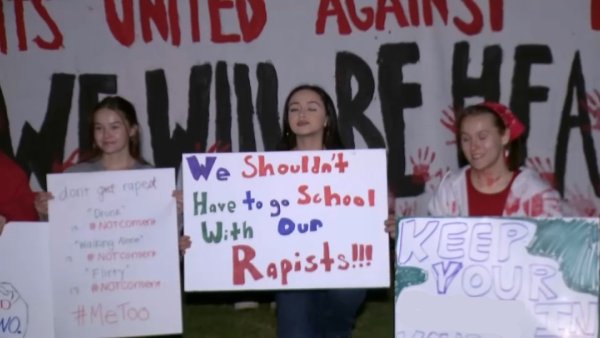 “She always found those people and she immediately said, ‘You should try bike racing it's the most amazing thing ever.’ And she just wanted to go on about it and she had a smile that got bigger and bigger. You could see the passion behind it,” said Wilson.

On Saturday, friends and fellow cyclists will participate in a memorial bike ride for Dunn.

Organizers say more than 200 riders are set to partake in the ride, including many of Dunn’s friends, co-workers and racing teammates. The ride begins at 8 a.m. at CoronadoTidelands Park. The route will then move through the Silver Strand Bikeway path. Watch this video for more route details.

“The San Diego Velodrome and the entire cycling community has experienced a terrible loss, and words cannot express our shock and sadness. Jackie was an enthusiastic rider and experienced success in a short amount of time. She was a big proponent of women’s racing, but wasn’t afraid to race with the men. Jackie was a tenacious racer with a vibrant personality who quickly became a true member of the Velodrome community.”

Dunn’s friend, Angel Castillo, has established an online memorial fund for Dunn. All of the funds raised will go to Dunn’s family to help cover funeral expenses and help Dunn’s husband, Durward, establish a community-focused, non-profit organization in his late wife’s name, the web page says.

According to a recent post by Castillo, Dunn was an “open, warm and fierce competitor.”

“The amateur cycling world is very small. When we lose one of our own, it's like losing a family member,” the post continues.

In another post uploaded on Thursday, Castillo said a memorial service for Dunn will be held Monday at La Jolla Presbyterian Church. Dunn will then be buried in College Station, Texas.

On Friday the following message from Dunn’s husband, Durward, was posted to Dunn’s memorial fund page:

“Thank you to everyone who has already given their support. Our insurance has covered her medical expenses and all funds raised here will go to fund programs she was passionate about to include women's empowerment/mentorship, women's programs in STEM, faith based youth and ministry work, and amateur cycling programs. Jackie was so loving and generous in her life that she could not help but impact those around her. I love her and hope to carry on her legacy of love and involvement.”