The seals-only edict would mean the beach will be closed from Dec. 15 to May 15 every year

The San Diego City Council voted Monday to close the La Jolla Children’s Pool while the seal colony there is in pupping season.

Pending California Coastal Commission approval, the seals-only edict means the beach will be off limits to people from Dec. 15 to May 15 every year as the seals give birth to and wean their pups.

A rope barrier is currently set up to discourage people from going onto the beach’s sand or into the water, but it carries no legal enforcement authority. 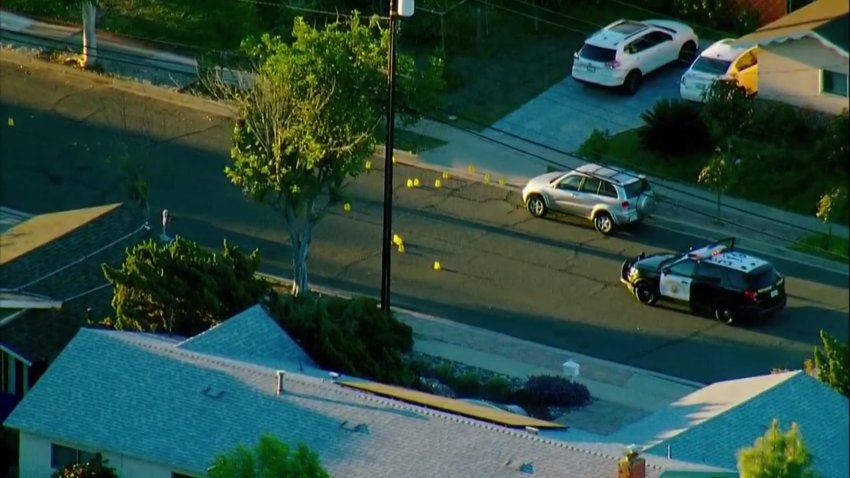 Suspect in Serra Mesa Pursuit Chase May Have Been Struck By CHP Gunfire, SDPD Says

The council chamber was emotionally charged Monday as animal protection advocates packed in to support the city council's 6-3 vote.

One woman was escorted out for continually standing and interrupting opponents of the seasonal beach closure.

Those opponents say that shared use of the Children’s Pool beach has been manageable and the rope has been effective in keeping people from harassing the seals.

A majority of the La Jolla Community Planning Association trustees have voted against the closure, insisting it’s not necessary.

"We've been -- always voted for joint use, denial of the barrier. We see this more globally, as affecting other beaches and affecting the water. There's no boundary to the water that gets polluted from the overuse of the beach by the seals,” said Tony Crisafi with the planning association.

Over the weekend, a snorkeler made quite a splash when he jumped in and sent the seals stampeding in to the water, some without their pups.

The person who recorded the act on video joined other animal advocates to express their concern that humans’ presence disturbs the seals.

"I look down at the mama seal and the baby seal, and the baby's struggling just to get up on the sand. It's wonderful,” said Jan Kreutzberg, who was visiting San Diego from Illinois. “There are plenty of other beaches for people to enjoy. This doesn't seem to be the right kind of beach for a lot of beach activity to me."

People on both sides of the issue have pushed more litigation, legislation and appeals to other government agencies to get their side represented. The problem has been argued since the 1990s, when the seals first appeared.