The Chula Vista Police Department’s drone program received authorization from the Federal Aviation Administration to operate in close proximity and low altitude during emergencies, it announced on Tuesday.

Chula Vista police said that with the help of drone manufacturer Skydio, it satisfied the FAA’s requirements for ground and air risk mitigation.

“The permissions allow CVPD to perform life-saving missions, such as urban search and rescue, where an operator can fly beyond line of sight, while staying below 50 feet in altitude above nearby obstacles (such as trees or buildings),” the department said in a statement.

More on how the police department is using drones. 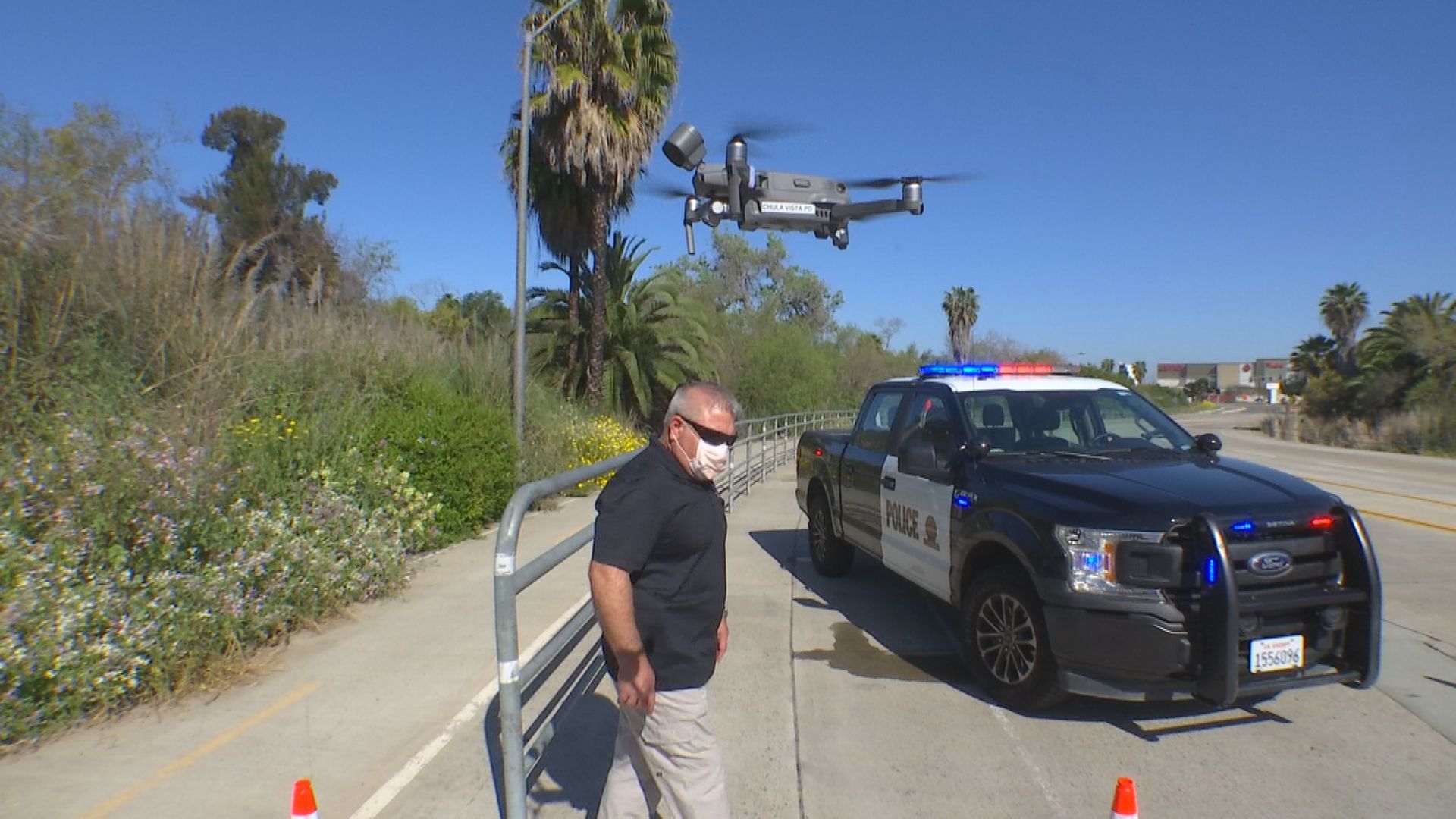 A Voice From a Drone Offers Help From Above

Typically, drone operators must maintain a line of sight to their aircraft at all times or receive FAA permission before they can fly below that. However, that will no longer apply to CVPD first responders in emergency cases.

“(Close proximity of the operator and at a low altitude) waiver opens new possibilities for us to better protect and serve our community,” Chula Vista Police Capt. Vern Sallee said in a statement.

CVPD began to deploy drones from its headquarters’ rooftops in October 2018 to respond to reports of fires, traffic incidents and other crimes in progress as part of its Unmanned Aerial Systems Program. Within the first few months of operation, the department credited its drone program with assisting in nearly 60 arrests.

Drone video released by the Chula Vista Police Department shows the capture of a driver accused of attempt with a deadly weapon.