Washington State Girl, 5, Missing for Months May Be in Mexico

Federal investigators are offering a $10,000 reward to find a Washington state child believed to be in Mexico but her mother has ties to the San Diego area.

Aranza Lopez was last seen six months ago in Vancouver, Washington when the 5-year-old girl was removed from a mall, according to the FBI. 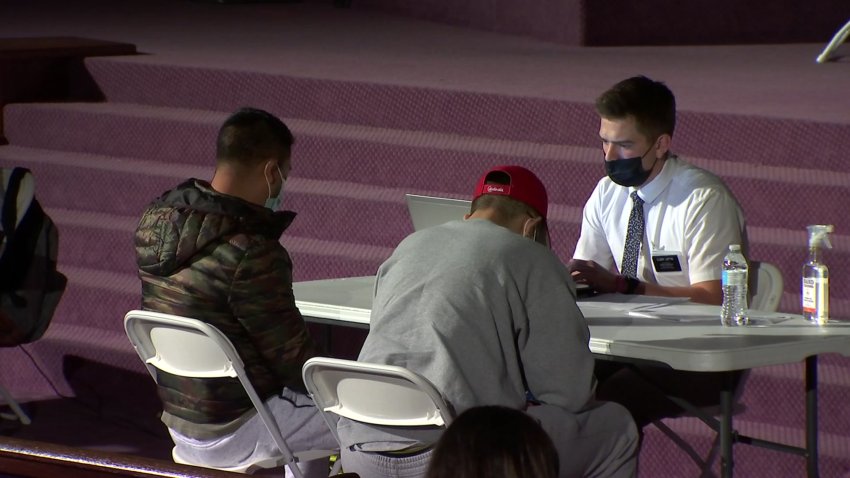 Aranza’s biological mother was with the child on a supervised visit Oct. 25, 2018 at a shopping mall before the child was reported missing, agents said.

The child’s mother, Esmeralda Lynn Lopez Lopez, 21, of Portland, Oregon, has a warrant for her arrest on kidnapping, robbery, identity theft and custodial interference charges.

Investigators say Esmeralda is also wanted for kidnapping and robbing a man in Vancouver, Washington.

She is believed to be with a man named Gabriel Garcia Santos.

The child celebrates her birthday on April 17 and was last seen wearing a long-sleeved dark blue shirt with a bulldog on the front with striped pants colored blue, purple and white. She is known to wear Paw Patrol shoes.

FBI investigators say the child’s appearance may have been altered through hair dye and makeup.

Esmeralda is described as 5-feet tall and weighing 138 pounds with brown hair and brown eyes. She speaks fluent English and Spanish and may be using the names "Esmerlada" or "Esmerelda."

Anyone with information can contact the FBI's Seattle Field Office at (206) 622-0460. Tips may also be submitted anonymously online at tips.fbi.gov.