Chargers Chairman Dean Spanos announced the NFL team’s move to Los Angeles on Thursday, a change that had been discussed for months and dreaded by many in San Diego.

"After much deliberation, I have made the decision to relocate the Chargers to Los Angeles, beginning with the 2017 NFL season," the letter posted to Chargers.com reads.

The move comes after years of failed negotiations between the city of San Diego and the owners of the NFL franchise. 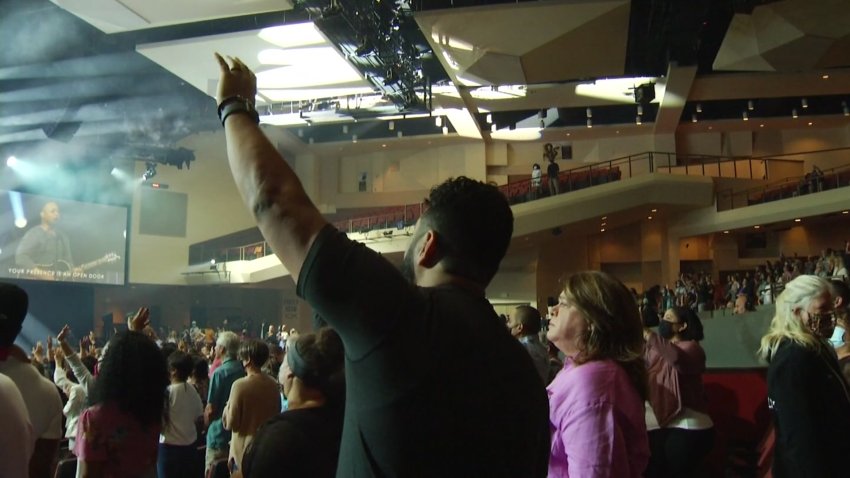 The letter was posted on Twitter by the Chargers main account, which has since been renamed "Los Angeles Chargers."

NFL Commissioner Roger Goodell issued a statement more than an hour later describing how the team worked tirelessly to find a way to stay in San Diego.

"As difficult as the news is for Charger fans, I know Dean Spanos and his family did everything they could to try to find a viable solution in San Diego," Goodell said.

The Chargers have been in San Diego for 56 years, since moving from Los Angeles in 1961, and fans began expressing their anger over losing their team.

Steve Johnson fought back tears after he dropped off an armful of Chargers gear in front of team headquarters Thursday. After 50 years of supporting the team, he told Spanos to take his family and get out of San Diego.

Here is the entire memo:

After much deliberation, I have made the decision to relocate the Chargers to Los Angeles, beginning with the 2017 NFL season.

San Diego has been our home for 56 years. It will always be part of our identity, and my family and I have nothing but gratitude and appreciation for the support and passion our fans have shared with us over the years.

But today, we turn the page and begin an exciting new era as the Los Angeles Chargers.

LA is a remarkable place, and while we played our first season there in 1960 and have had fans there ever since, our entire organization knows that we have a tremendous amount of work to do. We must earn the respect and support of LA football fans. We must get back to winning. And, we must make a meaningful contribution, not just on the field, but off the field as a leader and champion for the community.

The Chargers are determined to fight for LA and we are excited to get started.

NBC Sports reported Spanos informed Goodell and several owners of his decision after a meeting of the league's stadium and finance committees had ended Wednesday.

Bitter and disappointed fans gathered outside the team's headquarters in Murphy Canyon. One egged the front door late Wednesday as reports of the move surfaced. By Thursday, several fans left their team jerseys on the ground in front of the building. One man said, "I'm done" as he walked away.

"The Chargers were ultimately never willing to work with us," Faulconer said adding that the team wanted more taxpayer money than officials could spend.

He was informed of the team's decision Wednesday night by NFL Commissioner Roger Goodell. The mayor did not receive a call from Spanos until after the announcement was made public.

County Supervisor Ron Roberts, who was moved to tears at one point, admitted there may have been some missteps by officials in the past but that they always tried in good faith to keep the team in town.

Also, the City of San Diego would be owed a $12 million termination fee.

The Chargers can provide termination notice anytime between February 1 and May 1 of each year and provide the following termination amount each year:

That doesn't pay off the remaining bond debt that financed the expansion, according to the NBC 7 Investigates team.

The Chargers' possible relocation has been a hot-button issue for years.

At the center of the problem is the Chargers dilapidated home stadium. Since 1967, the Chargers have played at Qualcomm Stadium in Mission Valley. Multiple efforts between the Chargers, NFL, city and county officials have failed to provide a stadium solution, either a new stadium or a remodeled Qualcomm Stadium.

Chargers fans expressed their anger even before the move was official. Police had to surround the administrative offices at Chargers Park Wednesday night after one heated fan egged the front of the building.

Dan Wellington filmed himself on social media hurling about a half-dozen eggs at the team’s headquarters.

“Why go? This is such a bad deal," he said. "You're going to have to spend so much to move and you’re not willing to put it here. As a lifelong Chargers fan it’s a total kick in the stomach.”

Another fan also showed up at Chargers Park Wednesday night, saying he was fed up and frustrated.

“I hate you guys, I can't wait to burn everything I own of you guys from shoes, to canopies, to jerseys, to sweaters, to junior Chargers Girl uniforms," Frank Sesma said. "I don’t make that much money and I've dedicated a lot of money and soul to these guys.”

Spanos made no secret he preferred a downtown stadium site and asked San Diegans to keep an open mind regarding a proposed ballot measure.

In November, San Diego voters rejected the latest stadium proposal, a ballot measure that would have raised hotel occupancy taxes to help pay for a proposed $1.8 billion downtown stadium project. Measure C needed a two-thirds vote to pass but it received only 43 percent approval.

The Chargers will play at the StubHub Center in Carson and later join the Rams at their stadium in Los Angeles, which is set to open in 2019.

"We welcome the Chargers and look forward to working with them to provide NFL fans in the region and throughout the world with an unparalleled experience at the LA Stadium and Entertainment District at Hollywood Park. Our mission is to create a year-round global sports and entertainment destination and this is another important step in achieving that goal."

ESPN's Adam Schefter, who cited league sources, first tweeted about the move Wednesdayn night, just hours after NBC 7 SportsWrap reported that the NFL had extended the deadline for the team's decision from Jan. 15 to Jan. 17.

The team joined the National Football League in 1970 as part of the NFL-AFL merger.