Some Chargers fans were so dedicated to the team that along with wearing Bolts gear, they also sport tattoos inspired by the NFL team.

But with the team deciding to move from San Diego to Los Angeles for the 2017 season, many San Diego residents are now calling themselves "former" fans.

When the team announced its big move Thursday, some angry fans threw away their jerseys in a growing pile outside of Chargers Park Thursday. One person was even arrested for setting their jersey on fire. 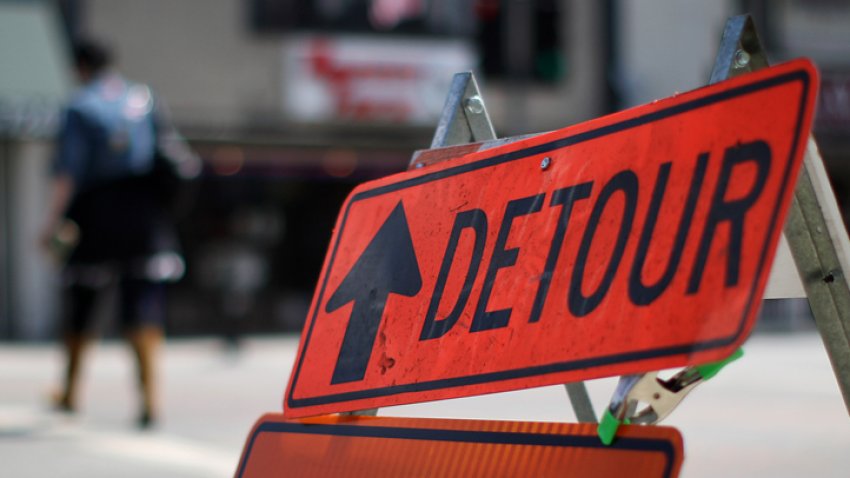 Other former fans are now taking their Chargers' gear to the Sports Arena to be donated to the Alpha Project to help the homeless community in San Diego.

For many in San Diego, the news of the Bolts bolting is painful.

"I have tears in my eyes, that's how emotional. It's sad," said former fan Vicki Cocke.

However, she said getting rid of her team gear is a necessary step.

"It's sad for myself and Charger fans," she added. "But I feel really good that there's people that really need the stuff, and it's good stuff, sweatshirts and t-shirts and hopefully it will help somebody that can use it."

Now, while jerseys are easier to dispose of, Chargers tattoos are another story.

Some tattoo shops in San Diego are sensitive to this plight of former Bolts fans and are trying to help.

Evolve Tattoo posted on Facebook a photo of a man with a Bolts tattoo, along with this offer: "FREE first session for the first three people to book the removal of their charger tattoo!"

The cost of removing a tattoo depends on where it is on your body, but it could add up to around $600.

But, for fans who don't want to remove their Chargers tattoo altogether, there are other alternatives.

San Diego Tattoo, for instance, has come up with some unique ways to cover up that Chargers lightning bolt tattoo. The shop's creative options include a tombstone under the bolt that reads "R.I.P. Chargers: 61-17," adding an angelic halo over the bolt or a tattoo that reads "LAME" -- inspired by one of the many spoofs of the Chargers' new logo.

The cover-up options really all depend on how a fan feels about the team now.

"Depending on your price range, and your pain tolerance, I should say, we can either modify these particular bolts or we can completely get rid of them with almost whatever your heart desires," said Scottie Dagger, with San Diego Tattoo.

Meanwhile, disappointed former Chargers fan Alonso Rodriguez plans to get his Bolts tattoo completely removed from his body. He even started this online fundraising campaign to help with the costs of the laser removal. The former fan is trying to raise $2,000 to cover 12 sessions of the removal process. As of 10:30 a.m. Saturday, $205 had been donated to his campaign.

NBC 7 spoke with Rodriguez Saturday who said he will undergo the first session of the tattoo removal process at a local shop. For him, there is no turning back.

“I am a disappointed Chargers fan, heartbroken that the Chargers are relocating,” he told NBC 7. “I have decided that I have no allegiance to the Spanos [family] or Charger brand but more love to the city of San Diego and its people who I shared Chargers memories with.”

NBC 7’s Artie Ojeda is outside of Chargers Park where fans set fire to a pile of fan memorabilia that had been growing throughout the day.

Rodriguez said that if he raises more than $2,000 for his tattoo removal, he will pay the good fortune forward to help cover the costs of another former Chargers fan who may also want to have their tattoo removed.

Another San Diegan feeling the blow from the Chargers bolting is Brian Terrell. He owns the Chargers-themed smog shop called Lightning.

In line with the theme inspired by the former home team, Terrell's shop is decorated with Chargers memorabilia, including a trading card collection from when he was younger.

Now, Terrell must begin the emotionally painful process of removing every bit of Chargers decor from his business.

"It's still sinking in, even though I prepared myself for this. It's definitely not an easy pill to swallow, so I don't think my wife's gonna be happy with all the stuff in the garage, but I think that might be the way it's gonna go," Terrell said.

Terrell told NBC 7 his shop is offering this deal to former Chargers fans: "We have a special going on right now. If you come in for a smog test, we'll remove your Chargers stickers for free, no extra charge."

Longtime Chargers fan Charles Cole told NBC 7 he just had to be outside Chargers Park to “see it from the main source.” He said he’s hoping for a hail Mary.