Cars Crash Into Plane on 101 in SoCal

A small airplane was struck by three vehicles after making an emergency landing on a Santa Barbara freeway.

Federal Aviation Administration spokesman Ian Gregor says the Piper PA-24 Comanche with two people on board was bound for Santa Barbara Airport Sunday when it experienced some sort of problem and landed on the southbound side of U.S. Highway 101 about one mile northeast of the airport.

California Highway Patrol Officer James Richards says three cars were unable to avoid the plane and crashed into it.

One photograph from the scene shows a white SUV rear ended the plane.   The pilot is photographed in another picture opening the front of the plane as if he is checking under the hood of a car. 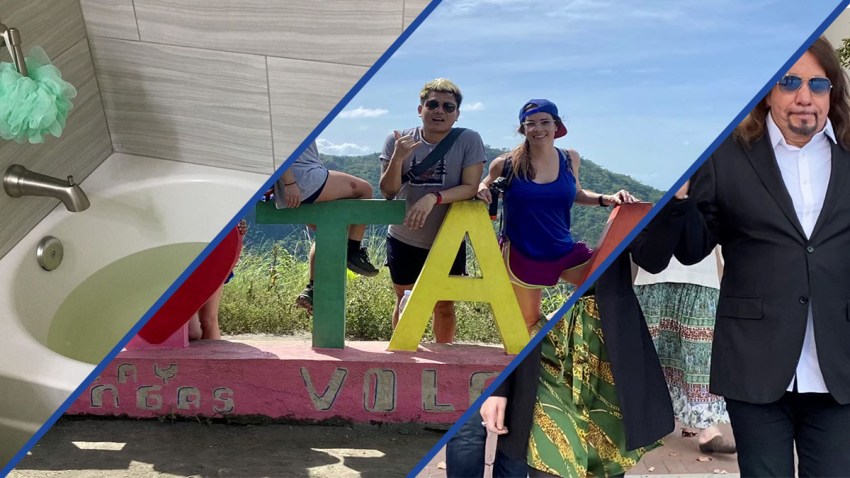 The occupants of the plane and the cars were not hurt.

Richards says traffic backed up for miles while crews shut down the freeway to remove the plane.

Gregor says the FAA is investigating the incident.