Matthew Tague, 43, was a pastor at the North Coast Calvary Chapel at the time of his arrest

A former pastor at a Carlsbad church who pleaded guilty to repeatedly molesting a child over the course of nearly two years was sentenced to 15 years in prison Tuesday.

Prosecutors said the man, who was a pastor at the North Coast Calvary Chapel at the time of his arrest, only turned himself in because his wife caught him abusing the young girl.

Matthew Tague, 44, was arrested on May 31, on 14 counts of lewd and lascivious acts on one minor victim. The San Diego County Sheriff’s Department (SDSO) said Tague called deputies and reported the crimes himself. 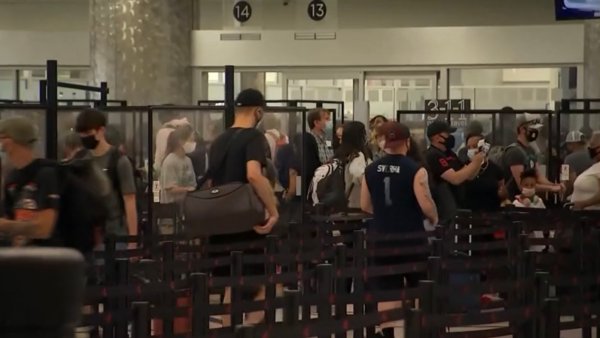 He pleaded guilty to two counts of committing a lewd act on a child in February.

"This is very shocking to me," Karen Graham told NBC 7 last June. She said the pastor mentored her son. "It's like losing a close friend to my son, to my family. To have a man of this stature do something like that, it's just unbelievable."

According to SDSO investigators, Tague’s victim was allegedly molested by force multiple times.

SDSO Lt. Karen Stubkjaer said following the arrest that she could not disclose details on the nature of the relationship between the pastor and his victim, but did confirm the allegations were not related to Tague’s position at the church.