“You could walk down on their tracers,” the veteran paratrooper said of the early morning jump on June 6, 1944.

A California veteran will be in France to mark the 70th anniversary of D-Day, the invasion at Normandy in World War II.

Bill Galbraith, a member of 506th Parachute Infantry Regiment, 101st Airborne Division, left home Monday to return to the site of the D-Day Invasion for what will be his sixth visit.

“It’s the last chance maybe, at 90,” he said standing in line at the airline ticket window.

President Barack Obama joined other world leaders in a ceremony Friday to honor the more than 150,000 American, British and other Allied troops who risked and gave their lives.

Using a wheelchair as he navigates security at San Diego International Airport, Galbraith doesn’t look like the fresh-faced 20-year-old paratrooper who risked his life to jump out of an airplane in the middle of the night in the face of enemy fire. 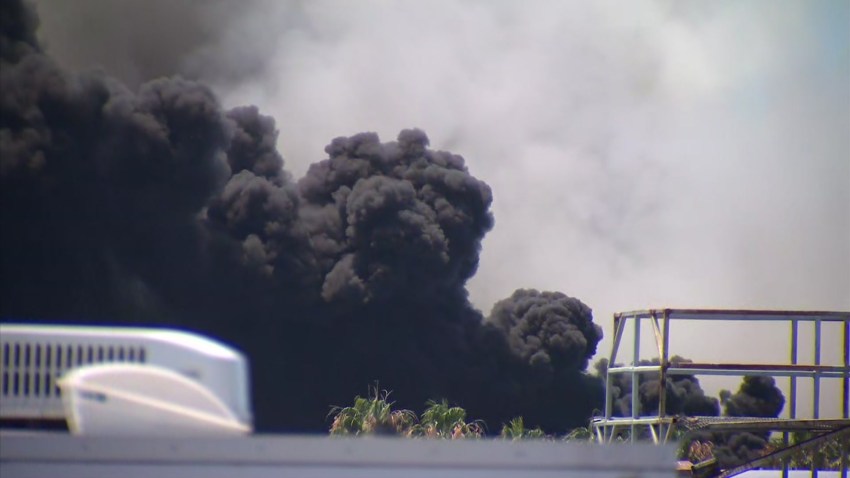 “You could walk down on their tracers,” he said of the early morning jump on June 6, 1944.

His company lost half its men when three planes were taken out by the German guns. They were among the last groups to go.

Galbraith, who was supposed to land at Drop Zone “D” instead landed almost three miles to the southwest. It took him three days to reunite with his company.

In all, 30 members of his company survived the jump. None of the non-commissioned officers survived and they had only two machine gunners, he said.

“That’s what put us in pretty sorry shape,” he said.

“We were considered a lost battalion.”

Seventy years later, Galbraith feels privileged to be able to return to Normandy.

“There’s so few of us left now that survived the war,” he said.

And the enormity of the mission they tackled continues to amaze him.

“Every time I’ve ever went back I can’t figure out how we ever took it,” he said.

Galbraith said his wife, Anna, passed away in March so he’ll be making the trip alone. His son is already in Europe and will meet up with him at the air field.

Galbraith also saw intense fighting at Carentan where he will receive a medal this summer.

“I figure if I really earned it, why the hell didn’t they give it to me earlier? Why wait until I’m 90,” he joked before turning serious. “It’s a real privilege. I’ll just tell them merci.”