At one point, firefighters attacking flames from the ground and were forced to retreat when propane tanks at a pallet yard began exploding

Crews made progress overnight to contain a brush fire that scorched hundreds of acres of land and forced dozens of people to evacuate as it burned through a pallet yard Thursday, sending large plumes of black smoke over Otay Mesa.

The 490-acre Caliente Fire was 60 percent contained Friday morning and the massive blaze at Atlas Pallet and Moreno Pallets was put out at about 3 a.m., twelve hours after the fire spread to the two businesses on Cactus Road.

One firefighter was hurt in the battle but the injuries were considered minor, San Diego Fire-Rescue said. Specifics on how the injuries occurred were not detailed.

When the fire first erupted just before noon Thursday in brush south of Interstate 905, crews initiated a large response of about 50 firefighters. Several firefighting helicopters, water tenders, engines and dozens of crews worked to temper flames, which were spreading away from a nearby apartment complex and San Ysidro High School.

Southeasterly winds, though, pushed flames towards businesses, forcing officials to issue mandatory evacuations south of Interstate 905, west of Otay Center Drive, and east of Cactus Drive at about 4 p.m. About 70 people were impacted, the American Red Cross said.

Nearby Southwestern College also evacuated the Higher Education Center at the Otay Mesa campus and canceled classes for the rest of the day.

The Caliente Fire spread to Moreno Pallets, a pallet manufacturing and recycling center, located on Cactus Court in Otay Mesa.

Crews closed some major roadways, including Britanna Boulevard, and shut down southbound access to the Cross Border Xpressway Terminal.  The terminal serves as a port of entry for Tijuana Airport passengers entering and exiting the U.S and connects them to the airport via a sky bridge.

All evacuations were lifted by about 9 p.m. Thursday.

Firefighters could not stop flames before they reached the two pallet businesses, though. Thousands of pallets stacked up to 15-feet high were reduced to ash piles and service vehicles and trailers were burnt down to their frames.

At one point, firefighters attacking flames from the ground were forced to retreat when propane tanks on the property began exploding. Hazmat crews were called in.

Despite dangerous conditions, firefighters were able to stop the flames from spreading past the pallet lots' property lines.

The owners of Atlas Pallet said everything on their 5-acre property was destroyed. They began to clean up the remnants of their business on Friday. 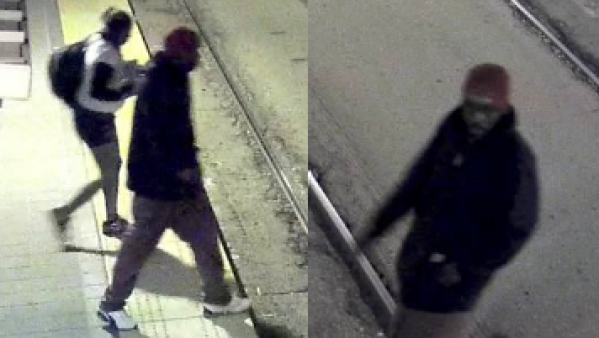 Reward of Up to $1,000 Offered for Tips Into Fatal Encanto Shooting

Despite the devastating loss, the owners were thankful to the community, their friends and employees who supported them through the fire and are helping them get back on their feet.