Woman Beaten with Brick by Ex-Husband with Dies

Martha Huffman, 64, sustained critical injuries when she was attacked on Feb. 26

A Chula Vista woman beaten with a brick by her longtime ex-husband as she took out the trash at her home two months ago has died, officials confirmed Wednesday

Martha Huffman, 64, passed away Sunday from critical injuries sustained in the attack at the hands of her former spouse on Feb. 26. She had been hospitalized ever since.

Her ex-husband, Los Angeles County resident Rand Huffman, 64, was arrested in connection with the assault and is facing charges of attempted homicide, torture and kidnapping.

On the morning of Feb. 26, neighbors called police when they heard Martha’s screams coming from her home on Twin Oaks Circle near E Street.

When officers arrived on scene, they found Rand with his knee on Martha’s throat, trying to cut off her air supply, investigators said. He was also wearing gloves and was armed with a knife and Taser.

Chula Vista Police Capt. Lon Turner said Martha was not only beaten with a brick as she took out her trash, she was also allegedly dragged by Rand to the back of the house, according to witness statements.

Martha sustained serious head injuries in the attack. She was taken to a local trauma center and rushed into emergency surgery. She remained in critical condition and ultimately, on Sunday, succumbed to her injuries. 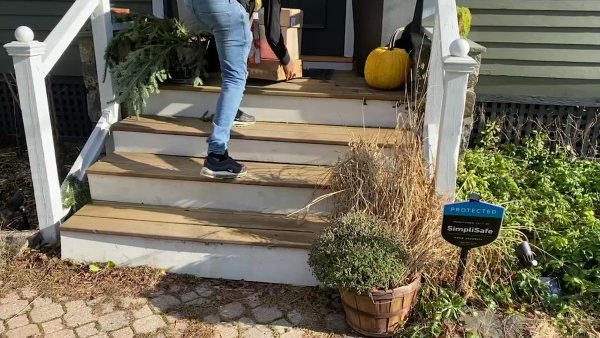 According to police, the Huffmans had been divorced for decades.

In fact, officers said Rand hadn’t even spoken to his ex-wife in nearly 30 years. He had recently rekindled a relationship with his son, who lived with Martha in Chula Vista.

Though neighbors didn’t know much about Rand, witnesses told police they saw the suspect sitting in a car parked in the neighborhood the weekend before he attacked Martha.

Investigators believe Rand’s attack on his unsuspecting ex-wife was premeditated.

According to police, Huffman parked several blocks away from Martha’s house on the morning of the attack and waited for his ex-wife to come outside. He picked up a brick at the scene and used it to striker her.

The Huffman’s son was home at the time of the incident. Police questioned him and tried to determine whether he or Martha were Rand’s intended target. Investigators said the son had taken out a restraining order against Rand after a financial dispute over a piece of property.

Police said that dispute may have been the “catalyst” that led to the violence.

Rand was booked into the George Bailey Detention Facility, where he awaits his court date and is not eligible for release on bail. He’s scheduled to appear in court on June 16.