NBC 7's Gene Cubbison offers this analysis on the latest developments behind the Chargers stadium scramble.

For civic leaders focused on keeping the Chargers in San Diego, there’s a big disconnect with the team's point man in its quest for a new stadium.

Since February, when news broke about the Bolts’ plans in the city of Carson, Mark Fabiani has offered increasingly blunt perspective on where the franchise is coming from, and why it might wind up elsewhere. 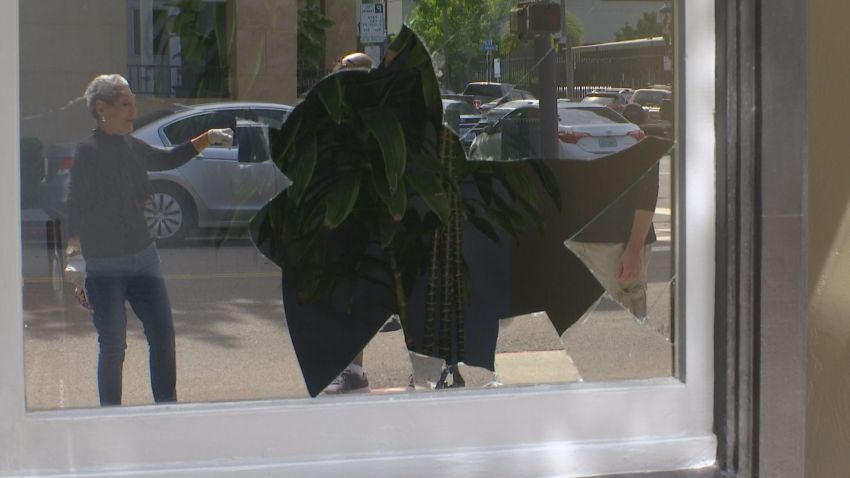 The Day After: Business Owners Find Destruction in Protest’s Wake

As a virtual monopoly business enterprise, the NFL plays a collision sport – and the notion of collaboration between the Chargers and city has been sitting on the bench lately.

It's about the economic survival of the franchise.

"We were approached by the people who sold their land to (St. Louis Rams owner) Stan Kroenke in Inglewood,” Fabiani noted in a Friday recording session for this weekend’s edition of NBC 7’s “Politically Speaking” program.

“We've had multiple opportunities to move the team; Dean hasn't wanted to do it,” Fabiani continued. “But at some point, after 14 years, with other teams threatening to take away the LA, Orange County markets -- if this were your business, you wouldn't sit by and let that happen."

The latest development in the long-running melodrama is new renderings of the Chargers/Raiders joint-use stadium project in the city of Carson.

Fabiani said the teams are now closing escrow on an outright purchase of the 168-acre former dumpsite, since the proposal was approved by Carson’s city council on Tuesday.

He emphasized that all financial risks are being assumed by the team, with guidance from investment bankers at Goldman Sachs.

In the eyes of his many detractors, Fabiani has been playing both ends against the middle between here and the L.A. market -- sacrificing good will, if not dealing in bad faith, and ignoring polls that suggest the Bolts will flop if they leave for a fan base seemingly more partial to the Rams and Raiders.

"(The polls) do not match the scientific research we've done,” he countered. “And again, we're taking the risk here. If we're wrong about this, it's the team that will be hurt financially. So we have to be one thousand percent confident, and we are."

Fabiani shrugged off suspicions that the Chargers' game plan in Carson is a decoy -- that a second berth in an Inglewood stadium complex is the way out of San Diego, if need be.

"People are free to think what they want; we're not in a position to talk them out of what they think,” he said. “ There's only one group of people that really matters here."

Reality check for Bolts-backers fanatic about their blue and gold-clad heroes of the gridiron?

"The team has more than satisfied the (NFL’s) relocation guidelines,” Fabiani pointed out. “And that's the only thing we care about in the end -- what do they owners think of what you've done?"

Fabiani wouldn't pre-judge whether the Mission Valley financing plan being developed by the mayor's stadium advisers would work.

The group is due to release its report on May 20th.

He hedged, however, with this cautionary note: "We've hired the best experts in the world; we couldn't figure it out in Mission Valley. Now that doesn't mean that a brand-new set of eyes can't come into this and figure it out in a different way. If they do, we'll be the happiest people in the world."

As for how much money the Chargers have invested in Carson, Fabiani wouldn’t say -- calling the numbers “propriety” information that the team would rather not be known to Kroenke.

He was asked if Spanos is ready to risk the bitter legacy that other NFL owners have reaped in cities they moved their teams out of.

"Nobody wants that,” Fabiani replied, quickly adding that he and Spanos – and their families -- “love it here".

It’s about business, plain and simple.

This isn’t the National Friendship League.