Fire crews were called to Bay Park Saturday to investigate a small brush fire, but when officials arrived they found more than that – a fiery, suspected DUI car crash that had claimed the lives of two women who were unable to escape the flames.

According to the San Diego Fire-Rescue Department (SDFD), a vehicle crashed in the 4800 block of Friars Road near Pacific Highway just before 7:30 a.m. Flames quickly engulfed the mangled car, spreading to surrounding vegetation just off the roadway. 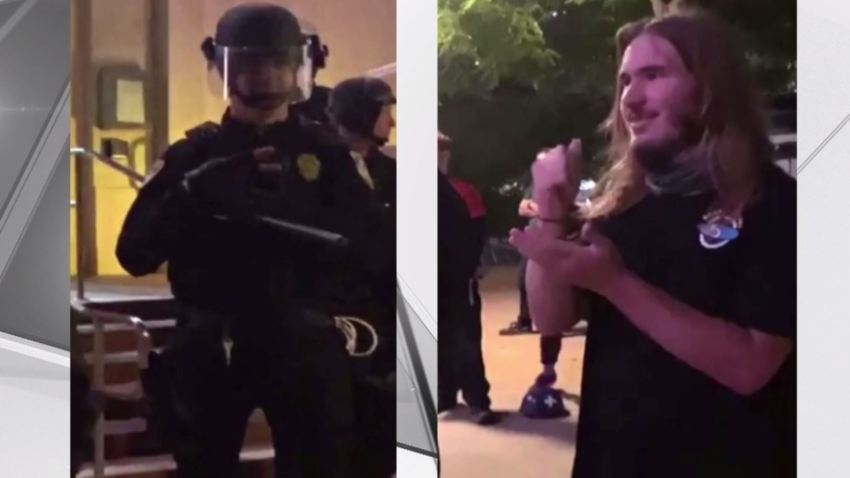 The San Diego Police Department (SDPD) said three people were inside the 2000 Dodge Stratus – a man, who was driving, and two women in the passenger seats. The Stratus slammed into a curb, drove onto an embankment and struck a large boulder, investigators said.

The car then caught on fire. The man was able to escape the flaming wreckage, but the women couldn’t get out and they died in the vehicle, police said.

The man sustained burns and cuts and was taken a local hospital.

The SDPD said the man is suspected of driving under the influence of alcohol. Officials said he will remain hospitalized for now, and will be arrested and charged once he's released from the hospital.

The crash is under investigation. The names of the victims and their ages were not immediately released.