In an interview with SDPD, the mother described herself as a "seer" who was instructed by God to launch a YouTube channel in January and who often receives encouraging messages from God, specifically through the lyrics of a Kanye West song.

A woman who walked into a church service in Clairemont on Easter Sunday two years ago and made violent threats while holding her young son and brandishing an unloaded gun was committed Thursday to a state hospital.

Anna Conkey pleaded guilty in June to felony and misdemeanor charges that include child endangerment, making criminal threats and possession of a firearm in a school zone, and was committed Thursday for a maximum term of 33 years.

Anna Conkey, 31, was formally charged with eight felonies in a church gun threat and pleaded not guilty. NBC 7’s Artie Ojeda has more.

In an interview with SDPD, Conkey described herself as a "seer" who was instructed by God to launch a YouTube channel in January and who often receives encouraging messages from God, specifically through the lyrics of a Kanye West song.

Prosecutors said Conkey, 33, called 911 and emailed her former employer, NBC San Diego, and told them a woman with a gun was going to "blow up the foundation of the church."

Conkey, an SDSU graduate and former communications specialist in the U.S Navy, was a former intern and freelance digital producer for NBC 7.

Though the bomb threat turned out to be unfounded, Conkey later walked onto the stage in the auditorium of Mt. Everest Academy while holding a pistol in her right hand and her young son cradled in her left arm. 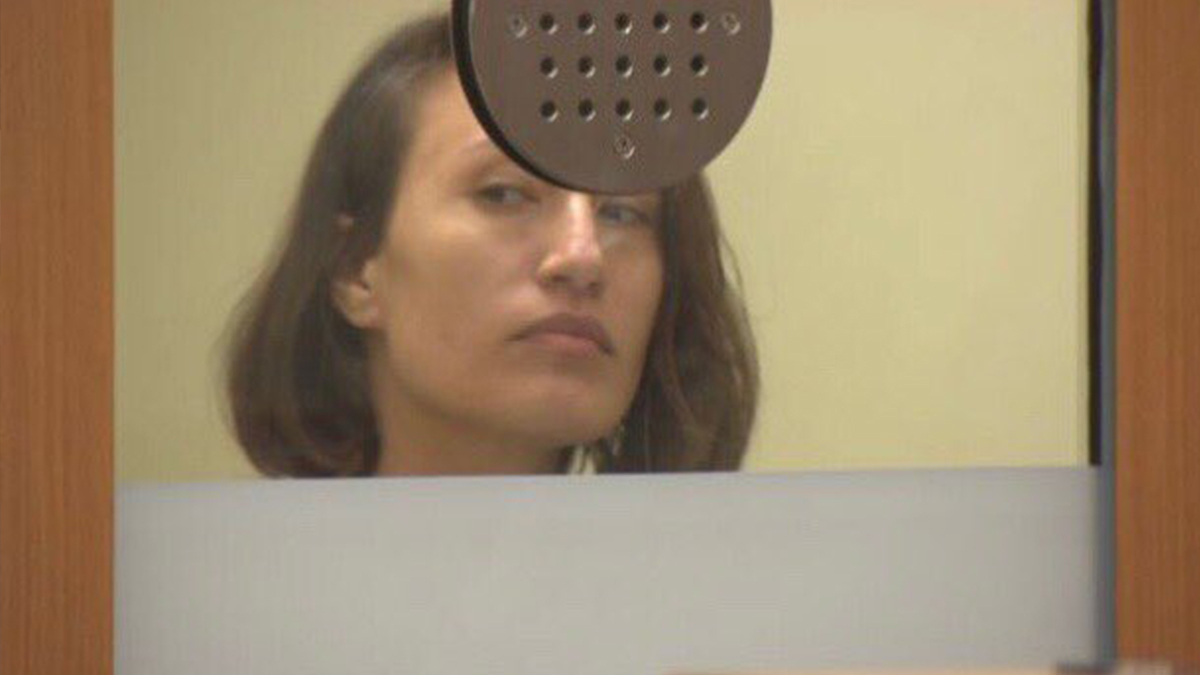 According to preliminary hearing testimony, Conkey told the congregants in attendance that she was a martyr, saying, "You are all going to die" and urged them to listen to her message regarding her religious beliefs.

Before police arrived, churchgoers were able to disarm her and pull her baby away from her, but after bystanders handed the pistol to the officers, Conkey lunged forward, grabbed the gun and ran before being tackled by officers, according to witnesses.

A video of the service that was played during Conkey's preliminary hearing showed Pastor Benjamin Wisan turn to see Conkey behind him and ask, "Is that a gun?"

Wisan testified in court that he was unsure whether it was a gun or a stun gun but told the crowd that it was a stun gun to calm them down, then instructed them to leave the building and pray.

Witnesses say a woman carrying her baby boy pointed a gun at the congregation and her son. The threat happened Sunday at Mount Everest Academy in Clairemont. The suspect is Anna Conkey. NBC 7's Danica McAdam has more.

Several of the congregants testified that Conkey was waving the gun around and not leveling it at any specific person, while others alleged she pointed the gun at her baby.

However, all of the witnesses expressed that they did not believe she had any intention of actually shooting anyone.